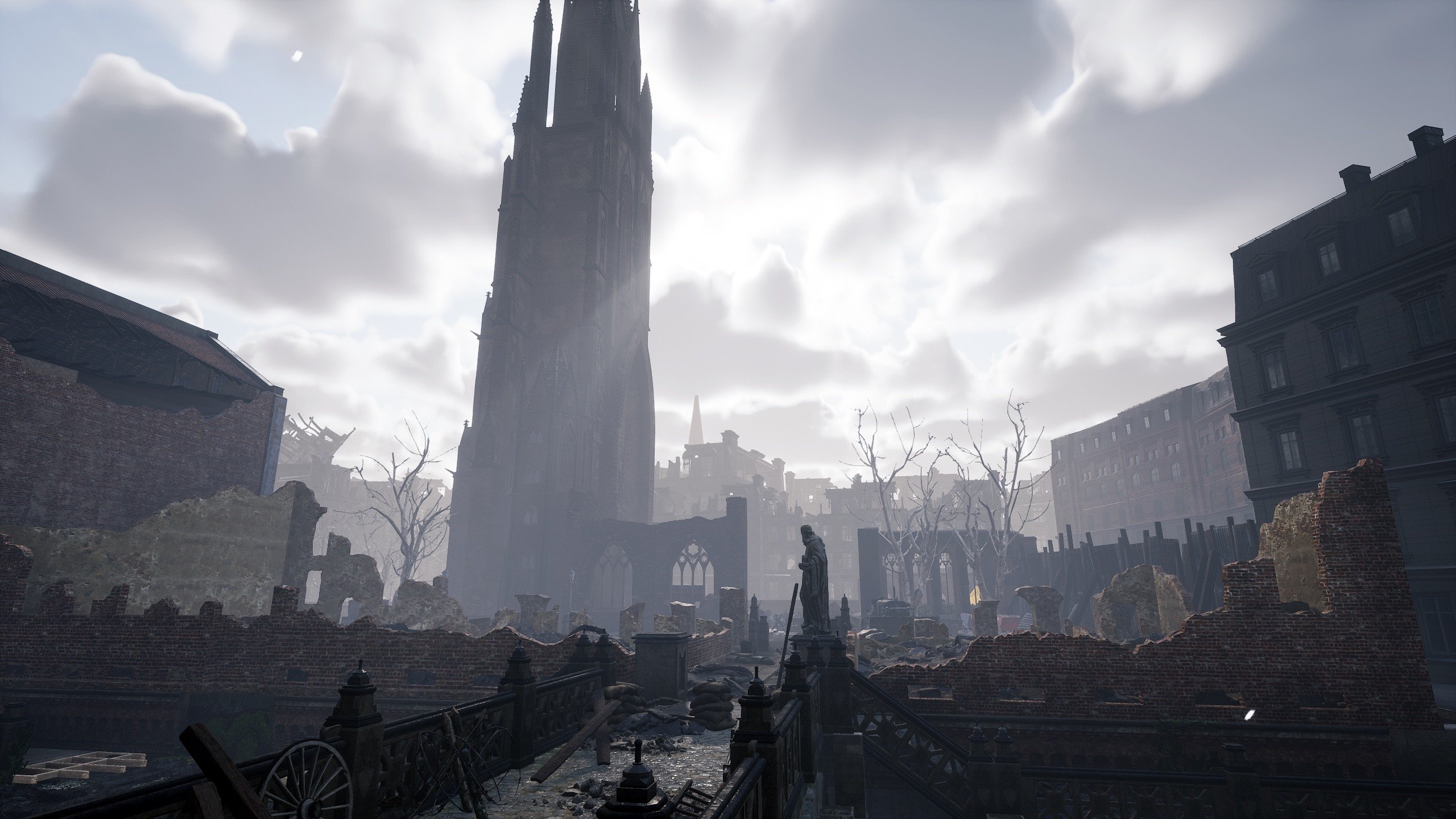 01/19/2023 at 08:01 by Michael Miskulin – City building with a difference: In the new indie game WW2 Rebuilder, players rebuild European cities that were destroyed in World War II. You use heavy equipment to clear away the debris of war and build brick upon brick yourself to build new houses.

WW2 Rebuilder was released on Steam on January 16th and it is quite popular among gamers at the moment. About 93 percent of the 113 user ratings given were positive, so the general rating is currently “very positive”. At times, the title even had around 22,000 Twitch viewers (via SteamDB). So what draws players to this city rebuild simulator?

The WW2 Rebuilder belongs to the genre of repair and maintenance simulators. The game is played from the first-person perspective and this typical Zen-like state develops right away when you put everything in order again and put stone on stone. But first you should tear down the old war ruins with heavy equipment and carry away the rubble. Once the necessary space has been created, it is time to reconstruct buildings, renovate and decorate them.

According to Steam, “Visit European cities like London, which was devastated by the Blitzkrieg bombings, and witness the enormity of the devastation caused by World War II. […] Clear the city of rubble so you can start rebuilding. Cut through wreckage and tear down shattered walls. Undamaged bricks can be reused, and even ordinary rubbish is useful for filling holes in the streets.” For many gamers, the title invites you to relax. You can also download and try a free demo of WW2 Rebuilder.

Lost Ark: The latest update has made players lose their minds, literally

Persona 5 Royal: this cult PS4 game is coming to Nintendo Switch, PS5 and Game Pass, everything you need to know

In Genshin Impact, Genie wears Klee on his back thanks to a mod