Elon Musk, who made innovations in many issues after purchasing Twitter, became the subject of discussion due to the changes he made on the platform. Now there is a new one for the interface change. Twitter update The billionaire, who made it, announced the update that will be published on the App Store as of today. Here are the details of the news…

Twitter update announced: Now there is a save button!

Similar to the save button on Instagram, Twitter will now allow us to save tweets for later reading. The contents we save according to the description, unlike the likes hidden it will be. In addition, a new tab is added to the “Special for you – Following” section that came with the interface change recently. 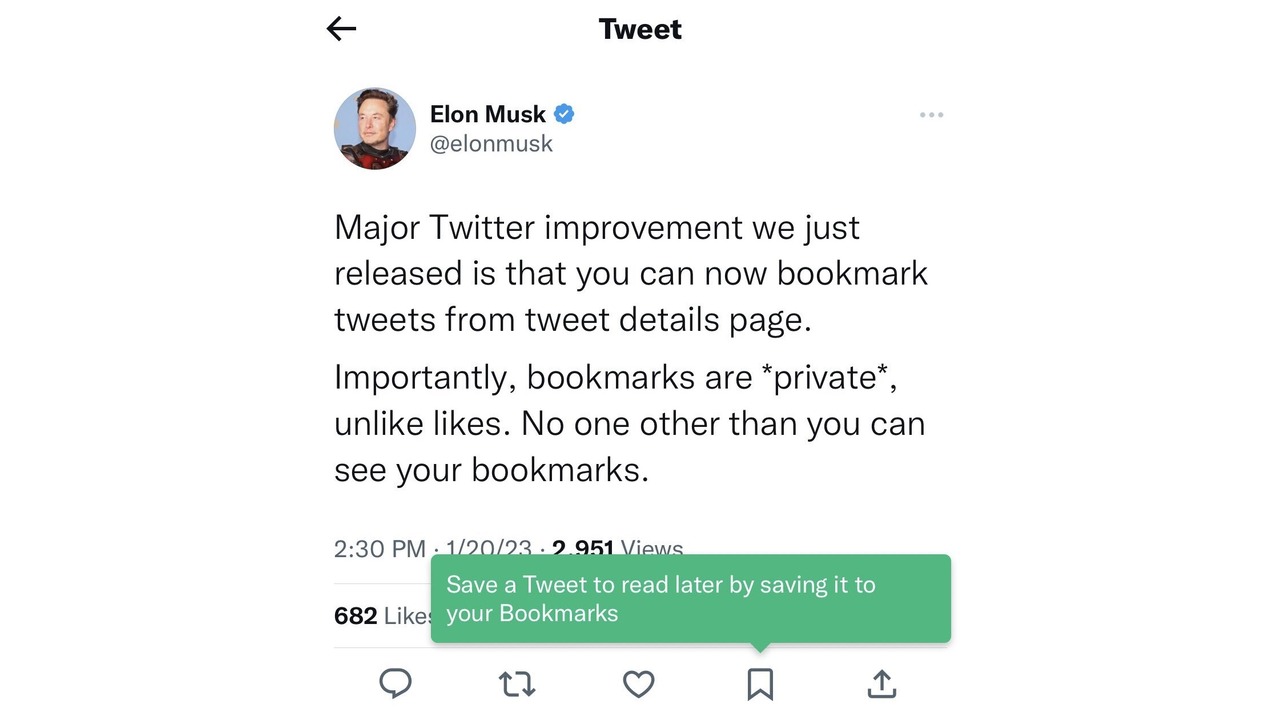 So much so that we will now be able to see the tweets of the accounts we have selected by swiping on our home page interface. In his statement, the famous billionaire stated that they made such updates in order to improve the Twitter experience of users. The post received mostly positive feedback from Twitter followers. When the update will come to the Android side is currently uncertain. Elon Musk was helpless! Items in the Twitter office are on sale

It turned out that after the decrease in the number of employees on Twitter, the goods in the headquarters began to be sold.

Elon Musk used the following statements in his tweets:

”The Twitter app update is now available on the App Store! The big Twitter update we just released is that you can now bookmark tweets from the tweet details page. Also, if your tweet is bookmarked with the next update, it will be considered a ‘silent like’ and will increase your number of likes.

This allows you to swipe left/right between For You, Following and Lists in the interface.”

This allows you to swipe left/right between For You, Following and Lists.

Elon Musk, who received many reactions after the latest interface update, does not hesitate to make more innovations in the application. The billionaire, who announced that he would resign as a result of the poll he conducted last month, said, “I will quit my job as soon as I find someone stupid enough to replace me.” he said. There has been no new development in this regard yet.

So what do you guys think about this news? Do you think the new Twitter update brought by Elon Musk is successful? Do not forget to share your views with us in the Comments section.

Affordable electric car wars: why the future Volvo EX30 should be watched

OFFICIALLY. Chelsea signed the winger for €35m. A competitor for Mudrik?

A quarter of Russians plan to stop subscribing to online cinemas

The secret of the success of the Moroccan team. How did the Africans reach the quarter-finals?

The Dark Pictures Anthology Season One Spotted: The collection arrives with The Devil In Me