Colossal Cave: Adventure is now available for the PS5 – implementation for PSVR 2 will follow

As the developers of Cygnus Interactive announced, the adventure “Colossal Cave” is now available for the PlayStation 5 and other platforms. According to the studio, an implementation for PlayStation VR2 will follow at a later date. 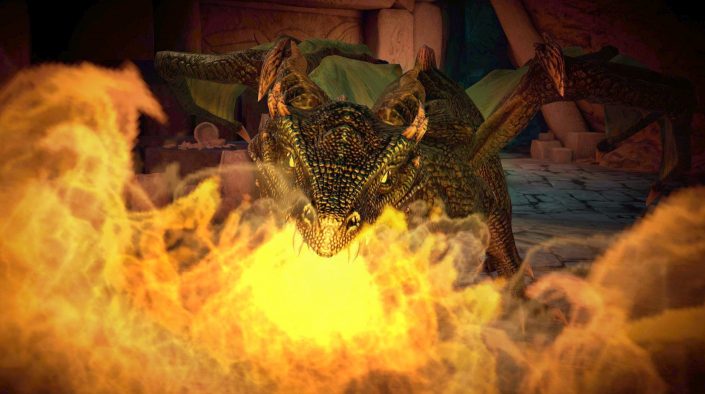 In a recent press release, those responsible at Cygnus Interactive pointed out that the adventure “Colossal Cave” is now available for PC, Mac, PlayStation 5 and Nintendo’s Switch.

According to the studio, the implementation for the Xbox Series X/S will follow at a later date. For understandable reasons, the same applies to the virtual reality version for the VR headset PlayStation VR2, which will be released on February 22, 2023. While Meta Quest 2 was also updated today with Colossal Cave, the PSVR2 port is said to be “coming soon”.

Cygnus Interactive left open whether the adventure will be one of the PlayStation VR2 launch titles.

A classic celebrates its comeback

If the name “Colossal Cave” sounds familiar to you, then your memory will not deceive you. In fact, we are dealing here with a completely revised version of the text adventure “Colossal Cave Adventure”, which was published in the seventies. The classic was programmed by William Crowther from 1975 and expanded by Don Woods from 1977. However, gone are the days when you only experienced the adventure in text form.

In “Colossal Cave” the world of adventure has been designed entirely in 3D and is waiting to be explored. “Comb miles of twisting caverns full of priceless treasure and glorious mysteries to be unraveled. Tackle challenging puzzles and powerful beasts alike, just be careful not to awaken the slumbering dragon before venturing home at the end of an enchanting day,” the developers said in today’s press release on the adventure’s release. Attached is the official release trailer, which gives you a first look at the 3D world of “Colossal Cave”.

SRNA: “I drank one coffee with Zinchenko in a friendly way, and we talked about Mudrik”

Tchia: Gameplay series started and info on the game mechanics

Collectively, 5 outstanding features of the HUAWEI nova 10, complete with a front-facing camera that the content line must have

Aroged: The Netherlands will decide on new restrictions on China next month

Dead by Daylight may be without Leatherface