The launch of the Galaxy S23 scheduled for February 1 is fast approaching and, unsurprisingly, Samsung may increase its prices in Europe.

The first Galaxy S23 pricing details emerged earlier this year and were reportedly based on leaked documents from a South Korean telecommunications company, indicating a sharp price hike. And just recently, several separate reports indicate that Samsung affiliates are dramatically increasing the prices of the upcoming Galaxy S23 models, except in the US (obviously).

Why are prices rising in France?

The US prices would come from an internal document from Verizon. It shows the lineup has a marketing codename of “DM1” (Diamond) for the Galaxy S23, “DM2” for the Galaxy S23+, and the “DM3” translating to an Ultra variant.

More importantly, the document says there will be no price change in the US except for the Galaxy S23 Plus, whose base 256GB model is higher to make up for the $100 price difference. Higher configurations are also offered, but no information is given about them. 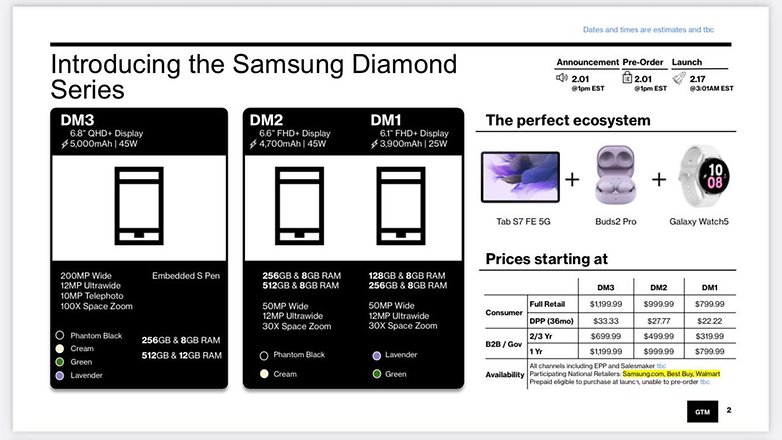 According to 9to5Google, the price of the three models will be higher in France compared to last year’s offer. Each will be $100-$150 more expensive to be exact, but the Galaxy S23+ will arrive with a larger base storage of 256GB instead of 128GB.

However, it should be noted that prices in Europe generally include taxes, unlike the United States which does not include VAT on the prices displayed.

What do you think of this Galaxy S23 price increase? Did you expect it? Do you find it justified?

OLED TV sales: The Samsung S95B has revolutionized the market and it has just gone to almost half price... hurry

Monster Hunter Rise arrives on PS4, PS5 and in the Xbox Game Pass: find all our guides and our walkthrough

Dead Space Remake, the Trophies revealed: fear and tension to get to Platinum

Sonic Prime: new content arriving in 2023 for the Netflix show

Project Zero Mask of the Lunar Eclipse in video: the developers comment on the gameplay

The Division 2 lands on Steam and is already heavily discounted