The recent news of the 10,000 layoffs at Microsoft has also affected the gaming landscape because it seems to have also affected Xbox and some gaming teams, with 343 Industries being particularly affected by the cuts and, consequently, raising doubts about the futuro in Hello. First of all, we need to put things in the right perspective: it is a situation of severe crisis for the technology market, which is experiencing a sharp contraction after the period of great expansion seen during the Covid-19 pandemic. To get an idea, the Redmond house has increased its workforce by 40,000 units in the last three years counting – like many others – on a dizzying growth which however lasted less than expected and was followed by a drastic decline. It is a widespread crisis among all the large technology companies, as we have seen today also with Google (12,000 layoffs) and Amazon (18,000 people laid off in the general restructuring), just to make it clear that the issue is not strictly linked to the videogame division, obviously.

According to a report by Jason Schreier, not officially confirmed, there would be 60 layoffs within 343 Industries, the team most affected by the wave of cuts, mostly related to the section of developers involved in the single player and putting questioned the possible future of this. In the past few hours, further rumors have confirmed this, also referring to the cancellation of the DLC projects that were supposed to expand the Campaign and which had been entrusted to the guidance of Joe Staten, who in the meantime left the team to return to Xbox Publishing. All of this has obviously sparked off catastrophic rumors on the future of Halo, with many thinking it’s time to freeze, or even retire, the iconic Xbox franchise. In all this scaremongering there are realistic elements and others that are rather questionable, which we can try to analyze.

As for the former, it is clear that something has not gone the right way in recent years at 343 Industries, clearly revealed by the departure of Bonnie Ross and the consequent internal reorganization of the team, of which these layoffs could be a continuation . The processing of Halo Infinite was long and difficult, also due to the construction of the new one Slipspace Engine, and the result, although positive, is in any case reduced compared to the scale initially foreseen, if it is true that some parts of the Campaign were removed during the works. Similarly, the multiplayer runs at an extremely slow pace compared to other live service titles, demonstrating the poor team organization in running a game of this type. Considering these facts, it is possible that Microsoft intends to rely more and more on external teams for the development of Halo, leaving a coordination and project management role to 343 Industries, perhaps with a downsizing of the workforce which still amounts to several hundred developers. In fact, such an organization would be partially already in place considering how there are some teams working on internal Halo Infinite modes and projects, such as Certain Affinity on the mysterious “Tatanka”, which could be a particular interpretation of the battle royale-style Halo.

On the other hand, even the habit of relying on external contracted and fixed-term personnel has probably not helped the continuity of development, especially for such a large and long-lasting project. 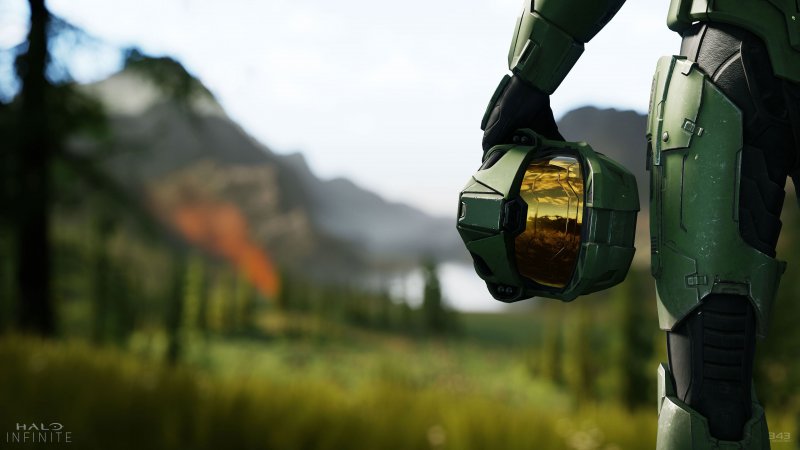 Halo Infinite, an image from the first presentation

Among the negative visions, the most probable could be the effective cancellation of possible expansions of the Halo Infinite Companion to focus exclusively on multiplayer, which could still go on for years, according to the initial project. However, talking about the death of Halo Infinite and a total restart of the series by canceling what was done with the game in question seems a bit excessive: the Slipspace Engine, with all the investments it has entailed, is likely to remain the basis of the series for the next future, for example. But it is also difficult to think that Infinite’s multiplayer would be abandoned lightly, also considering how the 2023 roadmap has already been confirmed. On the other hand, if there is one thing that works properly in the game it is precisely the central core of its gameplay, and it is no small thing or easily replicable by a completely different team, canceling the good things done so far.

It is possible that 343 Industries will therefore undergo a downsizing in terms of personnel and a reorganization in terms of tasks and the idea of collaboration with external teams it’s not exactly out of this world, as Microsoft seems to adopt such an organization often (from the projects right on Halo Infinite to the support on Crystal Dynamics for Perfect Dark, up to the recent announcement of the collaboration with Lucid Games for Sea of ​​Thieves). It is legitimate to think that the bulk of the work to be carried out on the engine is now concluded and perhaps also that the Campaign (pace of those who would have gladly seen some other situation and biome of Zeta Halo) is definitively a closed chapter, which would make the team also oversized compared to its duties. However, the technological base is there and works, while the multiplayer content, which has always been considered a critical element of Halo Infinite, is (slowly) recovering also thanks to the addition of cooperative multiplayer and the Forge, waiting to see the Season 3.

LEGO sales: The Dark Knight's Tumbler crushes its price thanks to the 2nd markdown!

Programmer combines Siri with ChatGPT and the results are incredible