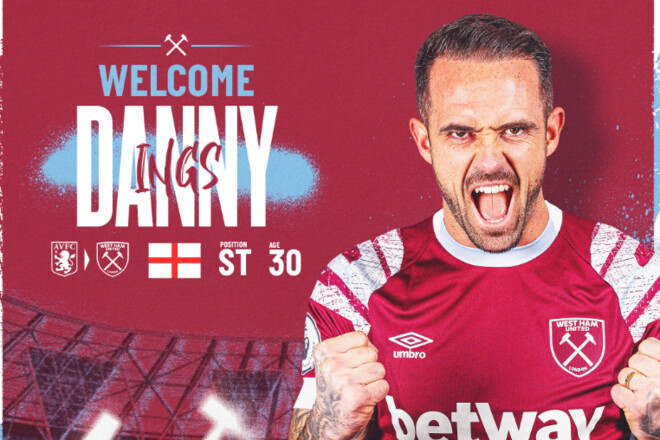 West Ham have officially announced the signing of Aston Villa striker Danny Ings. The 30-year-old England striker is under contract until the summer of 2025.

The amount of the transfer was not reported, but, according to media reports, it amounted to 15 million pounds.

Ings has 7 goals and 2 assists in 21 appearances for Aston Villa this season in all competitions. Also on account of the striker 1 goal in 3 matches for England.

A message from our new No18 ⚒️ pic.twitter.com/5aRKOpeVpR

Gran Turismo 7: Fully playable in PSVR2 - with one exception

Aroged: The owner of Google will cut 12 thousand of its employees

Endless Dungeon – coming to PlayStation & Xbox in May