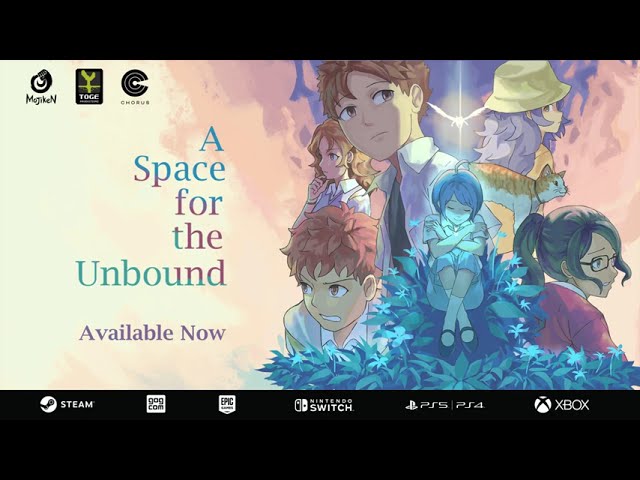 Toge Productions has unveiled the release trailer for the sci-fi adventure game A Space for the Unbound. Indie studio Mojiken has previously released cozy indie titles like Divination and A Raven Monologue to “very positive” reviews on Steam. This game is no exception and currently has 100% positive reviews on Valve’s digital store.

Mojiken games tend to focus on storytelling as a key component but also come with pretty visuals. A Space for the Unbound and When The Past Was Around were published by Toge Productions, best known for the critically acclaimed Coffee Talk game. A free demo of the prologue of A Space For The Unbound was released on Steam and Itch.io in 2020, but the full game is now available for purchase.

This pixelart adventure game tells the story of life in the Indonesian countryside in the late nineties, struggles with anxiety and depression, and the relationship between a boy and a girl with supernatural powers.

New Game+ is now available in The Callisto Protocol

Nintendo Switch: even more intense production in 2023, according to a Bloomberg report

Do you remember the ending of the first Assassin's Creed?

Aroged: The head of the Ministry of Digital Development believes that VPNs in Russia “do not take root”

Xbox Game Pass gives away games worth 1,200 TL for free!