The console version of “Transport Fever 2” has a date and will therefore be released in March this year for the current and previous generation. A trailer is already available for viewing today.

The plan to bring “Transport Fever 2” to the consoles in February did not work out. But players don’t have to wait much longer for the Console Edition. According to today’s announcement, it will be released on March 9, 2023 for PS4, PS5, Xbox One and Xbox Series X/S.

“Transport Fever 2” sees itself as a tycoon game that offers players the opportunity to set up and develop their own transport company. This allows passengers and goods to be transported between different locations, while the goal is to expand operations and contribute to the global economy.

In the Console Edition, the title should benefit from improved graphics, a revised user interface and controls adapted to controllers.

In “Transport Fever 2” players build necessary transport links that are beneficial for the growth of a city. Modern tools should help in the development of complex traffic systems.

In total there are over 200 different vehicles to control, from trains to buses, trucks, planes and ships. There are also different landscape types on which you can create your own maps.

Transport Fever 2: Console Edition can be purchased as a base game or as a deluxe edition. Pre-ordering the base game or the Deluxe Edition grants access to five exclusive vehicle skin variants.

The Deluxe Edition consists of the following game content:

The standard version of the game 3 more maps with scenarios 6 new and historical vehicles 3 new animals for the three landscape types: wolf, puma and tropical fish 2 new game soundtracks with songs from the two previous ones 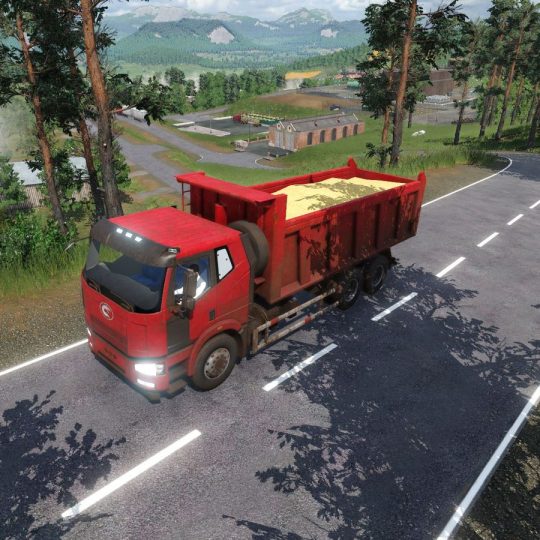 Transport Fever 2: Console Edition will be released on March 9, 2023 for PS4, PS5, Xbox One and Xbox Series X/S. A trailer for the port can be started below:

Nintendo plans to increase the release of Nintendo consoles from April

Aroged: Japan and the Netherlands will decide on their sanctions against China by the end of the month

CONTE: I hate to lose, especially when we scored two goals first

Skiing. Vlhova stopped Shiffrin on her way to a record