Volkswagen has finally fixed the air conditioning problem on its electric cars with the ID.7

The new Volkswagen ID.7, presented at CES in Las Vegas 2023, but still under a light camouflage, corrects some ergonomic problems of the ID range, starting with the ventilation controls. A revolution, or almost. 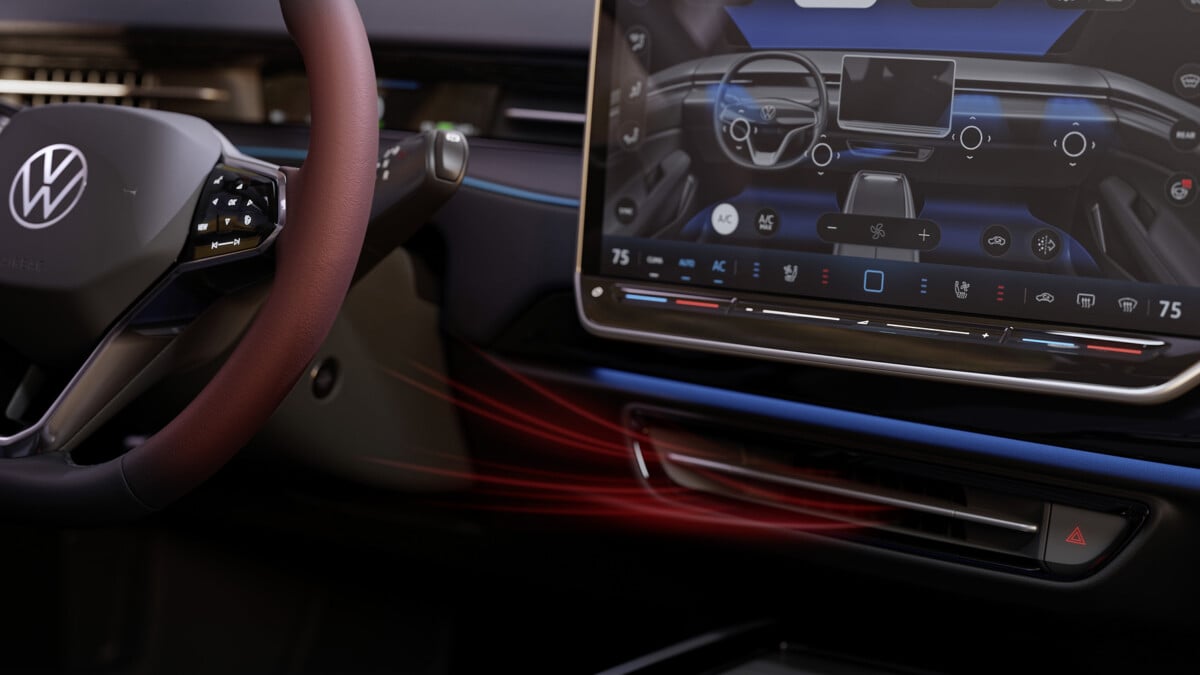 During our tests of the Volkswagen ID.3, ID.4, ID.5 or, more recently, the ID. Buzz, we weren’t necessarily thrilled with the build quality of the new 100% electric Volkswagens.

To make matters worse, these models also suffer from complicated ergonomics (this also applies to thermal models, such as the Volkswagen Golf 8) with many commands directly integrated into the touch screen and often hidden under a multitude of menus and sub-menus.

A “new” generation of electric at Volkswagen

Among the main complaints of these interiors at Volkswagen: the ventilation controls. Integrated directly into a menu, then even into a sub-menu, they were complicated on the one hand to find, and then to order. Even if there was a touch shortcut under the screen (but without haptic feedback) for the temperature, there too it was a real hell to handle: the absence of backlighting prevented their use at night.

This system made us miss the old physical controls with the good old knobs to adjust the temperature. Admittedly, it’s not the most aesthetic thing, but it was a lot more practical and it also avoided taking your eyes off the road for too long.

A few days ago, during the CES in Las Vegas 2023, Volkswagen presented its ID.7a model which should mark a small turning point for the electric car for the brand, with in particular the integration of the MEB Evo platform and a new battery allowing a range of more than 700 km. 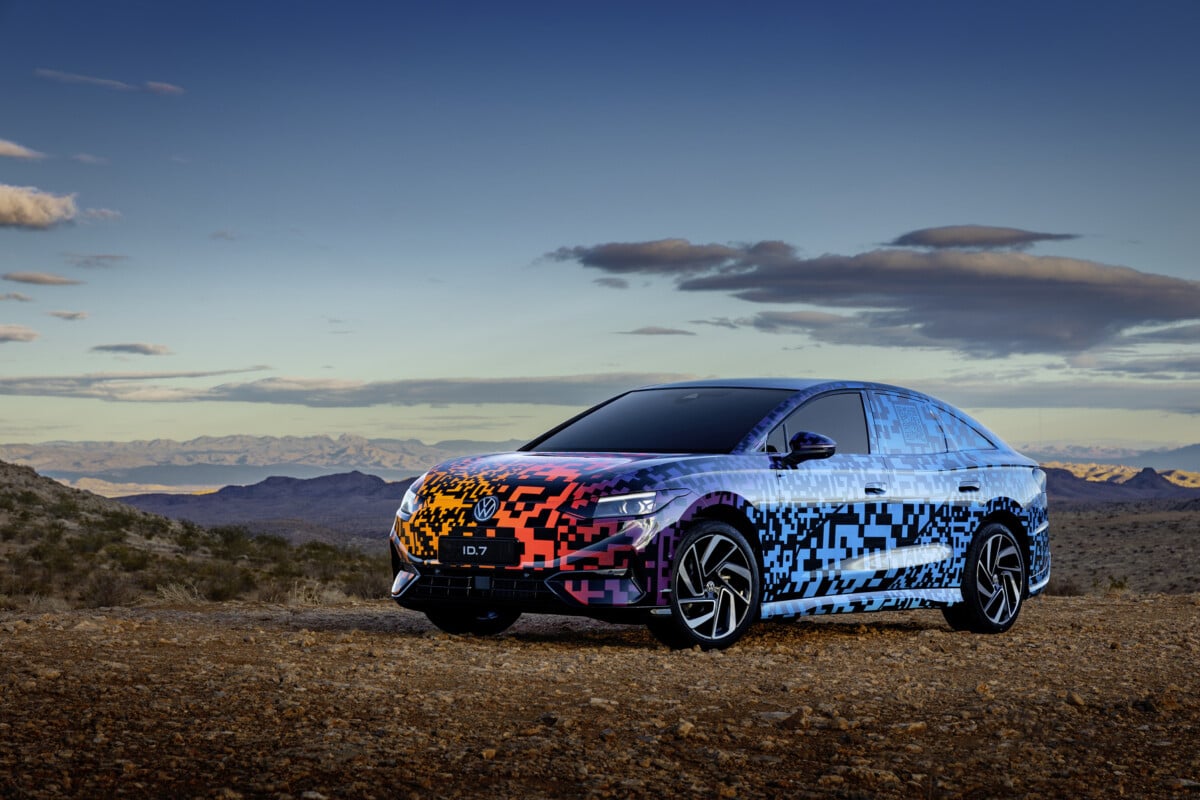 The “revolution” also for ventilation

Among the interesting novelties on this ID.7 and which should reconcile us with Volkswagen interiors there is an “intelligent” air conditioning system and quite interesting on paper. In fact, there is nothing really revolutionary technically speaking, but it could correct a lot of ergonomic problems.

Firstly, climate controls are now permanently displayed at the bottom of the screen, that is, they are no longer hidden in countless submenus. And they are backlit!

On the other hand, Volkswagen has integrated the “Smart Air Vents” function to control ventilation flows in the passenger compartment. dynamically to ensure faster diffusion of hot or cold air. Via the key, the car can also anticipate the driver’s arrival in the passenger compartment and directly switch on the ventilation before he enters the car. 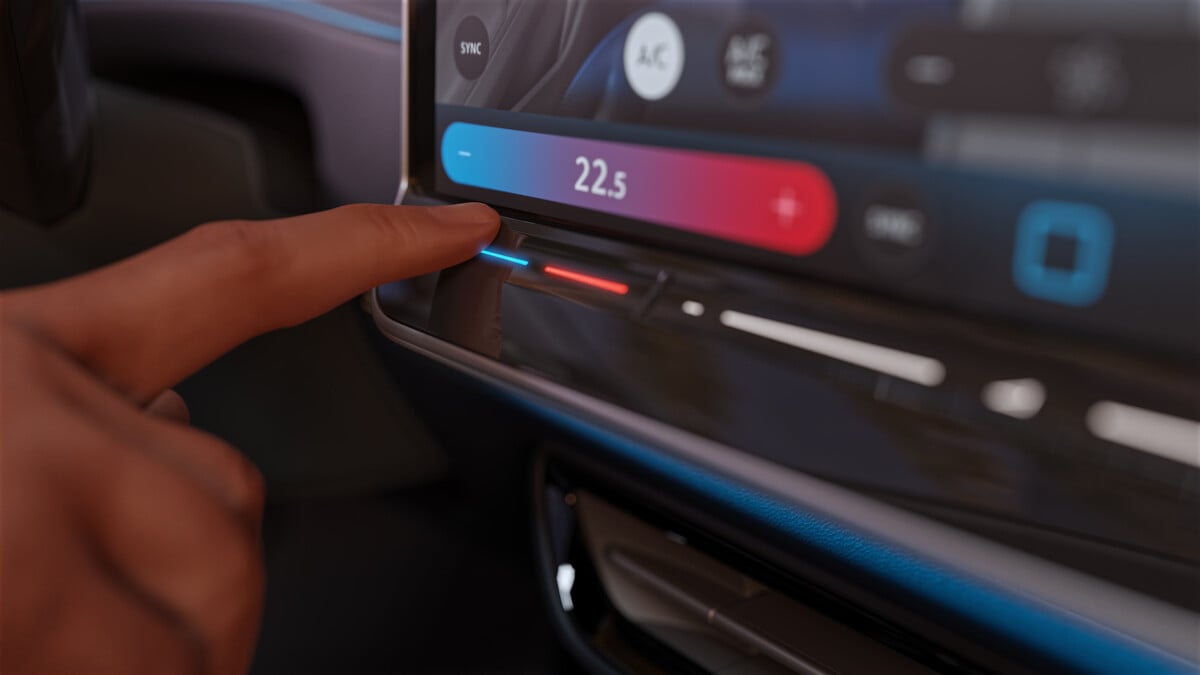 As you can see from the photos, Volkswagen didn’t go so far as to reintegrate physical controls, but the arrival of permanent air conditioning controls on the large 15-inch screen is already a step forward. Another positive point, the touch sliders and the one to manage the sound of the car are finally backlit.

The ventilation system is also paired with voice control. This is announced as more precise and equipped with artificial intelligence to learn the habits of the driver. For example, the voice command responds to “Hello Volkswagen, my hands are cold!” » by directly switching on the heated steering wheel and directing the flow of warm air towards the hands.

In automatic operation, there is a sensor in the windscreen area which detects the angle of incidence of sunlight under conditions of high outside temperatures and high solar intensity. If the sun is shining strongly on one side of the vehicle, the ventilation adapts the air conditioning to the hottest areas.

European customers will be able to take advantage of this new ventilation (but not only!) this year, since the commercial launch of the Volkswagen ID.7 is planned next fall. In a few weeks, we should also discover the final design and all the technical characteristics of the sedan. 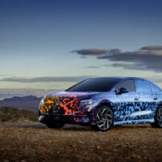 On the sidelines of CES in Las Vegas, Volkswagen has just (partially) lifted the veil on its first 100% electric sedan, the ID.7. On the program, a range of 700 km, a large touch screen of 15…
Read more

The authors of Wo Long: Fallen Dynasty showed fresh gameplay and an epic boss battle

Better texts in English and German: DeepL automatically corrects for you

WhatsApp is working on a new shortcut that really makes sense

The Callisto Protocol: More patches in the works