World of WarCraft Classic players have new things to do as Blizzard Entertainment kicks off another raid. From now on you can let off steam in Ulduar. 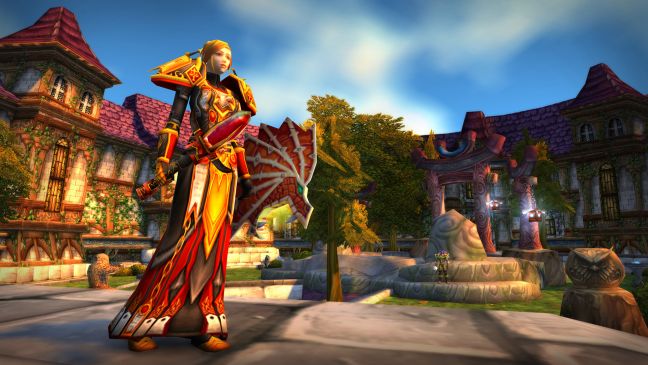 You can therefore now join Brann Bronzebeard and explore the dark, endless corridors of the fortress. There, with Yogg-Saron, one of the four Old Gods of Azeroth faces one another in battle.

Away from the raid, the Secrets of Ulduar content update also brings other innovations. Specifically, the features of the patch from Blizzard Entertainment are specified as follows:

Emblems of Dungeons and Raids: Emblems of Conquest Players will earn new Emblems of Conquest from defeated raid bosses in Ulduar and through the daily heroic dungeon quest Proof of Death. Emblems of Honor can still be earned in all heroic dungeons and through Archmage Timear’s normal dungeon quest. However, Emblems of Heroism will no longer be available and can be exchanged for gold. Titan Run Dungeons Interacting with a Titan Relic at the start of a Heroic Dungeon causes all enemies to have increased health, deal more damage, and gain additional effects. This creates a Classic Mythic Keystone dungeon style challenge with additional rewards. PvP Arena Season 6 Arena fighters can purchase Season 5 gear at a reduced price and prepare for a new ranking. Argent Tournament Daily Quests Players can heed the call of the Argent Crusade by traveling to the new tournament ground in Icecrown, where they can accept daily quests to help build the new Crusade Arena. World of Warcraft Classic – Trailer: Pre-Patch | Wrath of the Lich King Classic

The World of Warcraft: Wrath of the Lich King Classic pre-patch is here, and there’s a trailer to welcome it.

Transport Fever 2 – Console Edition will be released in March

The Witcher 3 Complete Edition: Date of the disc version confirmed

Google will cut 6% of the state is 12 thousand employees

Galaxy S23: Calm down! After all, there is still hope!

BEB exposed the cryptocurrency conversion center and seized UAH 152 million in cash — the suspects face a fine of up to UAH 20.13 million