A Bavarian Tale: Dead Silent – Bayern crime thriller will be released for PC in early February 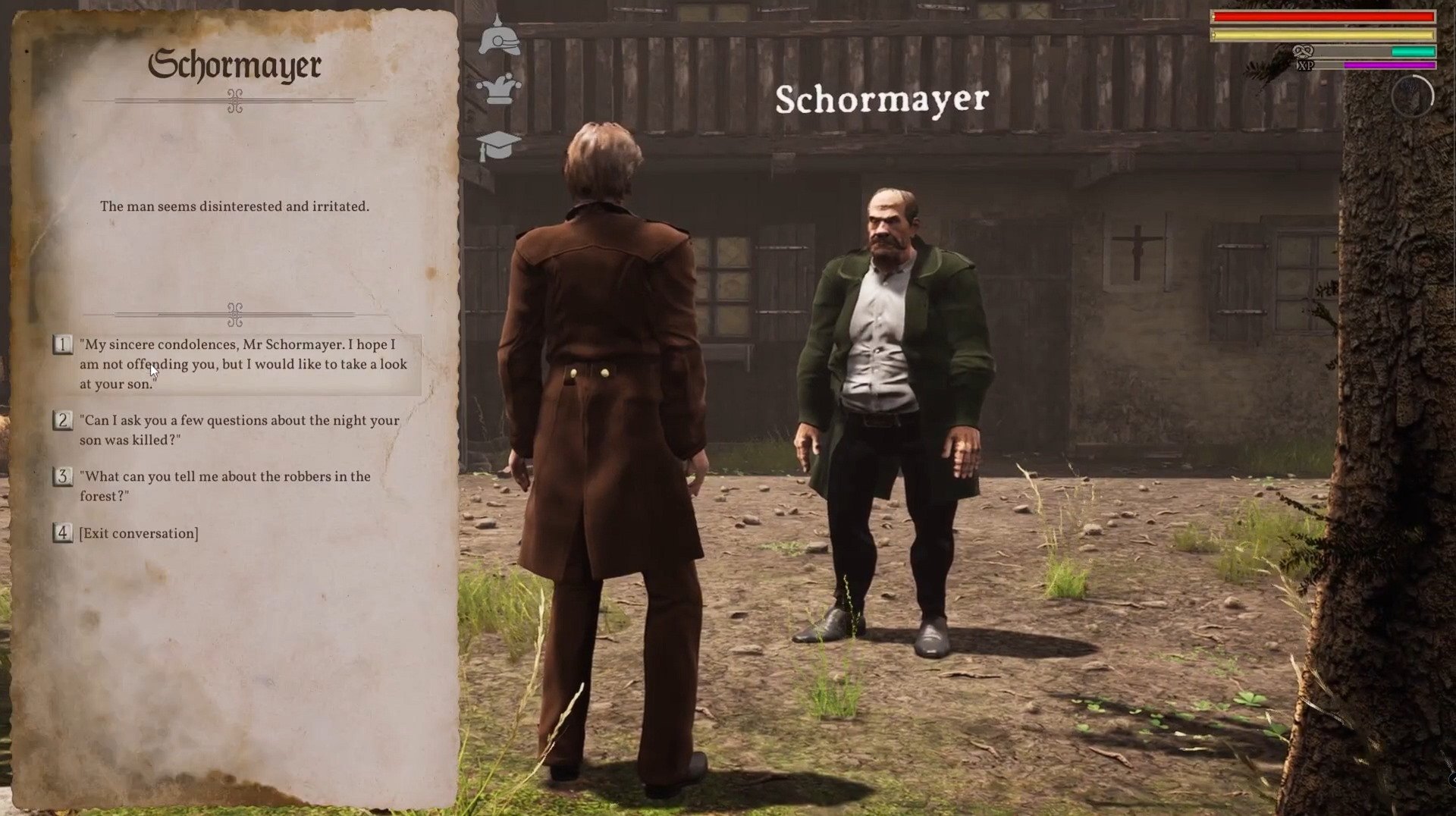 01/21/2023 at 6:30 p.m. by Michael Miskulin – The traditional Bavarian crime RPG A Bavarian Tale: Dead Silence will be released on February 2nd for the PC on Steam. It is the debut of a Munich development team.

Munich-based development team Active Fungus Studios recently announced that its debut title, A Bavarian Tale: Totschlueige, will be released on February 2nd for PC on Steam. In the typical Bavarian crime RPG, the player is placed in the role of a physics reporter who is tasked with investigating a mysterious death in a close-knit village in Bavaria in 1866.

New on Steam: How is the underwater city builder Aquatico doing?

A deceptive provincial nest in Bavaria

As Valantin Schmidt, the player takes the third-person perspective to the seemingly idyllic village of Wolpertshofen in historic Bavaria. The developers describe the initial situation as follows: “Initially, Wolpertshofen seems like a peaceful provincial backwater, but it quickly turns out: Appearances are deceptive. The idyllic village turns out to be a facade behind which a world full of dark secrets and inexplicable events is hidden.” A dark secret hovers over the community of Wolpertshofen. As Valentin, the player must now find out who to trust and who not.

In the crime RPG A Bavarian Tale: Silent, players can freely level up their skills, which are then used in classic pen-and-paper fashion. As a detective, you must find hidden clues and collect clues. Decisions need to be made that will affect the outcome of the investigative work. Is he diplomatic or rather bold? Or does he rely on his stealth or his brawn? The entire game exudes its own unique Bavarian charm – including dialogues. In addition to the Bavarian voice output, there is also the option to play the game in English with a Bavarian accent.

Way of the Hunter: How to get a UTV for free

The paid version of ChatGPT is now available! What is the price?

Amazon offers: Fire TV Stick at a discount, let's see the prices of the whole line

Diablo IV – the game is already up for pre-order on Amazon, let’s find out the price