Artem PRIMA: “I was upset by the loss in the distance” 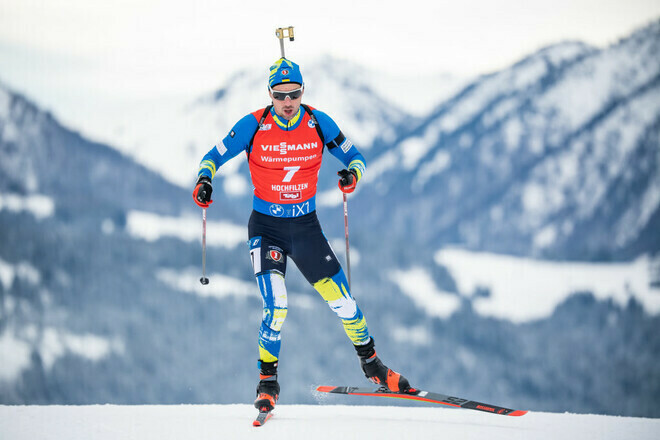 35-year-old biathlete of the Ukrainian national team Artem Prima commented on the 31st place in the sprint at the sixth stage of the World Cup in Antholz, Italy.

“As for the height, I would not say that it bothered me a lot. After an illness, he came to Pokljuka, there was also a height there. Then Anton and I moved to a small gathering in Obertilliach, where there were also mountains. We only went down to Ruhpolding for one day, ran the relay and returned back to Obertilliach. And so we moved to Antgolts. As for me, to say that the mountains had a strong influence – they do not interfere with me. A little higher in Antgolts than in Obertilliach, but all the more there were already mountains, so there are no questions about this.

Well-being – I can only say that it was really hard, far from my average or good condition. For about a month I had no starts, if you do not take Ruhpolding, one start of the relay. This is such a big pause for an athlete. If all the guys are more in the cage, they have one race after another, two or three days of break and the next stage, then you have already rolled away and work at the maximum, your body understands what will happen and how. And here it is – we trained, prepared for the start, of course. But training is one thing, and the start is completely different. You still need to run 2-3-4 starts in order to run out to some average conditions and then add more to reach some peak of form.

Will the European Championship help you reach your peak shape before the World Cup? Well, yes, but I hope that Antholz will help, I want to run all the starts here. And after three starts I should feel much better than before the first. And then we will see how it will be in Europe. There is also a big program, we have to perform, one of the main starts of the season is the European Championship and the World Championship, so we will prepare. Therefore, now the focus is on these competitions and we will try to show the results. I hope that in Europe I will already approach in some middle position and already there we will gradually try to add.

Sprint result? I was upset by the distance loss. It is big, but what I felt in the distance was heavy, not so sharp, the movements on skis were tightened. That is, I felt that there would be no good result. I ran and endured to the end, but for how many years in sports I understood what condition I was in. I was disappointed with such a loss, but after such a break, 31st place with one miss is more or less an average result. If it were 0, it would be possible to fight for some 22nd place, you need to look at the printout. But in principle, in the mountains, I know, like all other athletes and coaches, that it is very difficult to shoot standing up here – it is in Antgolts. Here is a specific approach to the firing line on the rise. And given that the sprint, with one penalty lap, I can be satisfied. Further persuit, I will tune in, I need to take steps forward, ”said Prima.

Dead Space may end differently: this is hinted at by the leak of achievements of the remake

Xbox: The layoffs were "painful" but necessary, according to Phil Spencer

A leak from the developers of Assassin’s Creed? A survey reveals the future of the Ubisoft Plus service