ChatGP: we put him to the test by making him write some articles about videogames 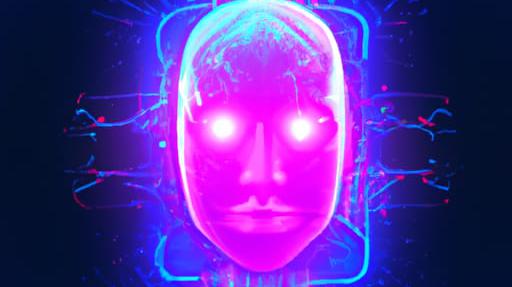 How not to be fascinated by new technologies, especially those based on artificial intelligence? There has been a lot of talk recently about ChatGP and his skills in word processing. So we tested its omniscience by asking it to write us some articles relating to gods video games. The result was truly amazing.

To the question: “Can you write me one review of Cyberpunk 2077?” ChatGP replied:

“Cyberpunk 2077 is an action RPG developed by CD Projekt Red and published by CD Projekt. The game is set in a dystopian future where technology has reached extreme levels and society is divided into highly contrasting social classes.

The graphics of the game are amazing, with an attention to detail and a very impressive visual representation of the futuristic city of Night City. The setting is immersive and the atmosphere is made even more powerful by the soundtrack and quality narration.

The game system offers great freedom of choice and customization of the character, allowing you to develop different skills and customize the physical appearance of the character. The main story is well written and engaging, even if some side missions can be repetitive.

Overall, Cyberpunk 2077 is an exciting and ambitious game that offers a unique and immersive gaming experience. However, upon launch, the game experienced technical issues on some platforms, making the gaming experience less smooth for some users. Furthermore, it has been criticized for some design choices that undermined the player’s immersion in the dystopian setting represented.”

Instead to the question: “Can you write me anpreview of Hogwarts Legacy?” ChatGP replied:

“Hogwarts Legacy is an adventure RPG developed by Avalanche Software and published by Warner Bros. Interactive Entertainment. The game lets you explore the Hogwarts school of wizardry and embark on quests as you create your character and develop your skills The game allows you to have an immersive experience in the Harry Potter universe, which includes the chance to meet famous characters from the series and participate in magic lessons.

The game offers an open-world gameplay system that allows you to freely explore the Hogwarts school and its surroundings. Furthermore, the combat system has been designed to offer a dynamic and immersive gameplay experience, with a huge range of spells and spells to use in combat.

The game also features a character customization system that lets you choose your physical appearance, your school of magic, and your career path. Additionally, the game also includes a variety of challenges and mysteries to solve, which will help you further develop your magical skills and uncover the school’s hidden secrets.

Overall, Hogwarts Legacy appears to be an exciting and immersive game that offers a unique gaming experience in the Harry Potter universe. The game has been delayed to 2022, so Harry Potter fans will be able to enjoy it very soon.”

With modern games he has proven himself good and knowledgeable. So we wanted to test it with a game from the past. We then asked him, “Can you write a review of Cannon Fodder by Sensible Software?” ChatGP was not found unprepared, despite having made a few more mistakes than the other two articles (evidently there are fewer sources to rework):

“Cannon Fodder is a turn-based strategy game developed by Sensible Software and first released in 1993 for the Commodore Amiga. The game has since been ported to various platforms, including PC and consoles.

The game features a military setting and offers a challenging and hard gameplay experience. The game’s storyline follows the adventures of a group of fictional soldiers called “Cannon Fodder” who must complete missions in a variety of theaters of war. The player needs to use his own strategy to complete the missions, using his squad of soldiers to battle enemies and overcome obstacles.

The game features simple but effective 2D graphics and a catchy soundtrack. The control system is intuitive and easy to learn, although the game can be challenging for beginners. The game also includes a variety of challenges and side missions that offer more gameplay variety.

Overall Cannon Fodder is a fun and challenging strategy game that offers a unique gaming experience. Its simple graphics and captivating soundtrack, coupled with the well-balanced game system and gripping storyline make it a game that can be enjoyed even years after its release. However, the theme of war and character deaths may not be for everyone.”

In the end, we wanted to test his skills as well insider, asking him: “What will be the next game from Sony Santa Monica?” ChatGp, unfortunately, has our own information:

“At the moment I have no information on what Sony Santa Monica’s future projects are. The company is known for developing the God of War series, so it could be that they are working on a new chapter in the series or a completely new game. However , there is no official confirmation from the company regarding what they are currently developing. I recommend you to keep an eye on their official channels for any announcements or news about their upcoming projects.”

Naturally, as a corollary of the whole, as the cover image we could only choose one generated by an artificial intelligence (Dall-E).

Google Stadia is dead, but Gylt is ready to be resurrected: dark adventure 'will be back soon'

Simply cook better: The best frying pans at a glance