Destiny 2: What’s up with the new Guardian Tier system in Lightfall?

With Destiny 2: Lightfall, a new Guardian ranking system is coming to the world of loot shooters, which is intended to help newcomers in particular to understand and internalize all the features of the game. Because we already know that content from expansions with Lightfall is no longer sunsetted, i.e. disappears from the game, but is actually preserved. The range of different features of all expansions can be absolutely chaotic and confusing for newcomers as well as returnees and veterans.

The ranking system offers eleven ranks that you play through by completing small tasks. For such tasks, Bungie developers think of things like completing patrols or public events, earning Glimmer by defeating enemies, or opening destination chests. The ranking system is therefore less about the triumph system that already exists in the game and more about a knowledge base that brings you unfamiliar game content closer. 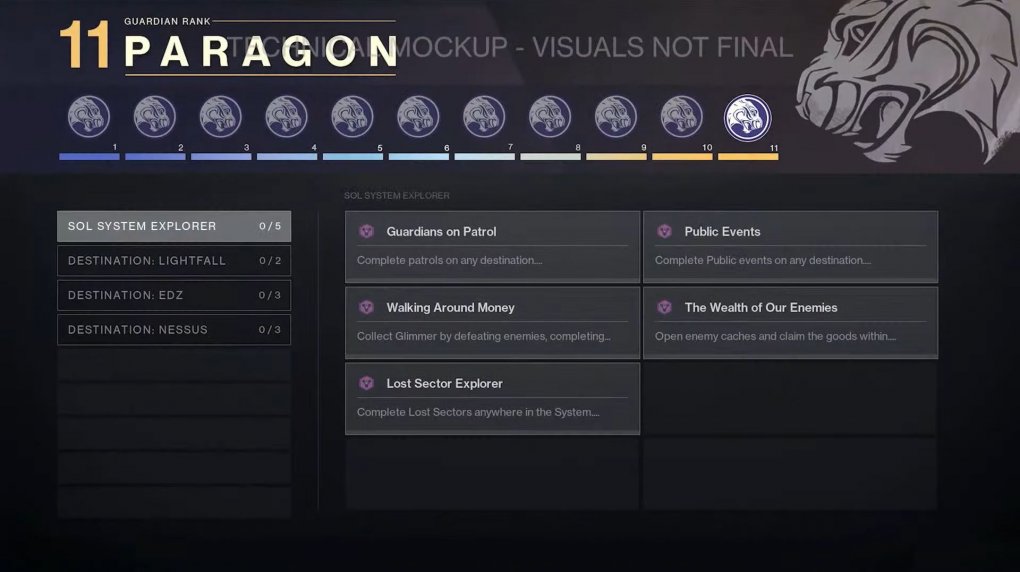 At the beginning you should do relatively simple tasks in the Guardian ranking system. Source: Bungie

The further you progress in the ranking system, the more challenging the tasks become, because with this you signal to the Guardians around you what activities you have set yourself – and whether you are a good team player. Or even a leader for things like raids or grandmaster quests. And that’s basically all the information that came out of the showcase. However, there is one more thing…

The loadout manager and mods

Apparently, achieving specific ranks in the Warden tier system is required to unlock some specific convenience features. Bungie recently introduced the new loadout manager for Destiny 2 to us. And one detail caught our eye: Under an image of a Warlock with six unlocked slots in the Loadout Manager, it says “You can unlock all ten slots with the new Guardian Tier system.” You’ll be able to save a total of ten loadouts with the Lightfall future and beyond, but unlocking all slots is linked to the Guardian ranking system? That sounds strange to a certain extent and it will probably have to be seen how the Destiny 2 community (buy now €12.00) reacts to it. 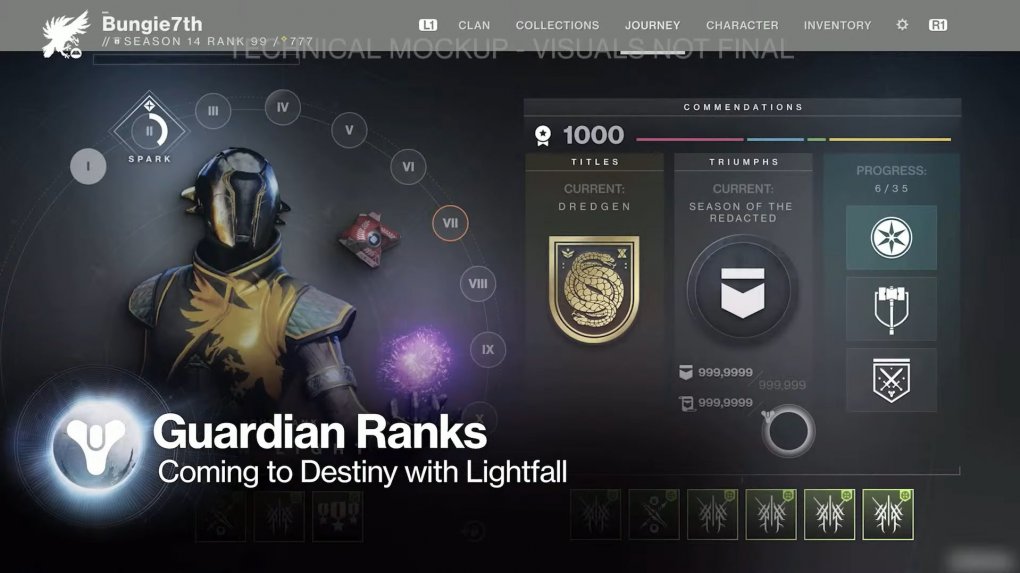 Apparently, game content is linked to the unlocks of the Guardian ranking system – such as unlocking all mods and all ten slots for the loadout manager. Does the community like it? Source: Bungie

Also linked to the Guardian rank system is the unlocking of all mods, which requires rank 6. Most veterans will start at rank 6 when Lightfall launches due to the sheer volume of activities completed, the developers promise. Newcomers, on the other hand, unlock mods as they climb the leaderboard.

Ahead of the release of Lightfall, Destiny 2 creators are bringing more convenience to Gambit Gilding, Exo Glaives, Red Borders, and more.

The question arises as to how many game features will still be linked to the keeper ranking system and how cramped it will feel, especially for Destiny veterans, to have to unlock certain features first. The folks at Bungie plan to officially unveil the Guardian Tier system soon. We are curious.

Dreame L10s Pro review: a mop vacuum cleaner that almost manages on its own

Sales 2nd markdown: this underestimated accessory to take advantage of your setup is on sale!

Baking soda miracle cure: Why you should always have it at home

With three Ukrainians. All participants of the third round of the Australian Open are known