We would like to know if you use voice messages or if, like the vast majority of Aroged’s editorial staff, you are rather allergic to them. It’s poll time! 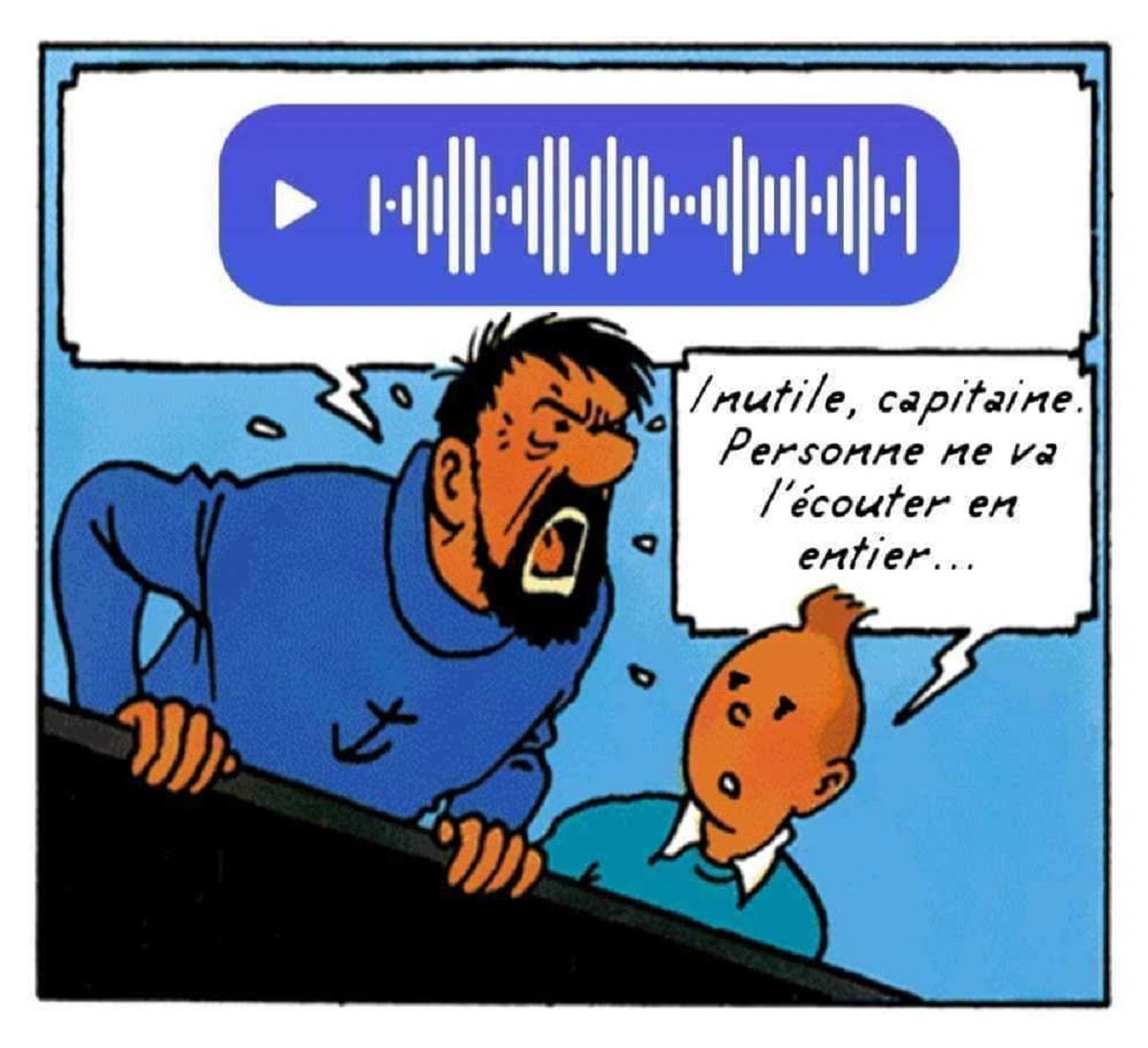 Do you send voice messages on messaging apps? // Source : Comic montage of Tweetinades

The vast majority of messaging applications today allow you to send voice messages. However, within Aroged’s editorial staff, during a conversation on this subject, we realized that many of us were strongly hostile to these famous voices, whether on WhatsApp, Messenger, Instagram or even Slack.

While we obviously tolerate certain exceptions, we were all irritated by the concept of wasting your interlocutor’s time just to gain it yourself. Indeed, the person who receives a voice must listen to it in its entirety, whereas a classic message is always faster to read. “Selfishness”, “lack of respect”. Some members of the editorial staff did not go there with the back of the spoon to express their hatred of the thing.

Do you use voicemail?

However, this was just a conversation between colleagues. Perhaps we are too closed in on ourselves, too intransigent, too embittered, too… old? We could also retort that platforms now offer a transcription of voice messages, which greatly nuances their annoying aspect. Do not hesitate to enlighten us by answering our survey of the week.

Do you send voice messages on messaging apps? We look forward to hearing your answers.

Of course, you can argue in comments, just be sure to be courteous.

DualSense Edge, unboxing video: this is how the new PS5 controller is

Game Pass news for January 21-28: what was announced, added, bonuses for subscribers and more

PS5 and PS4, a flood of discounts on recent games: Black Friday on PlayStation Store