The role-playing game “Granblue Fantasy: Relink” from Cygames has received new gameplay and a trailer, and a few details have also been revealed. 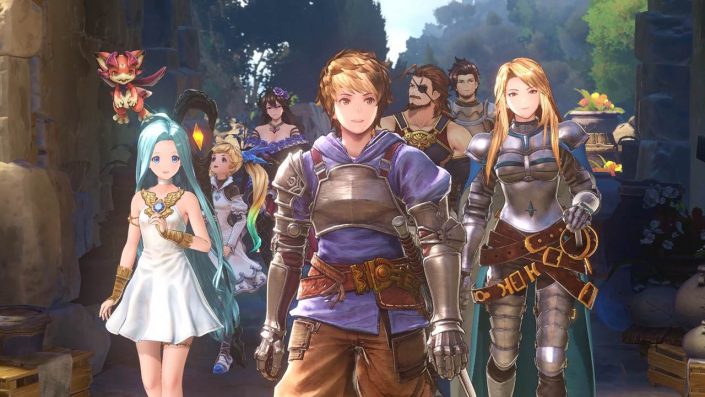 Cygames and Cygames Osaka have unveiled a new trailer, new gameplay and more details for the upcoming RPG Granblue Fantasy: Relink. The release is still planned for this calendar year, with the PlayStation 5, the PlayStation 4 and the PC (via Steam) to be supplied.

As part of the Granblue Fantasy Fes 2022-2023, Series Producer Tetsuya Fukuhara confirmed that development is gradually coming to an end and adjustments are being made.

In addition, some characters were introduced that will accompany you or otherwise meet you during the adventure. Among other things, the knight Id will await you, who has incomparable strength and is one of the three generals of Avia. In this quest he is some danger to the group traveling through the Zegagrande Skydome.

Speaking of group. A few allies are also known in Charlotta, Yodarha and Narmaya. From the captain of the Order of the Holy Knights to a once notorious swordsman and a swordswoman from a warrior family, the characters cover many facets.

To give you another impression of “Granblue Fantasy: Relink”, you should take your time to take a look at the following gameplay and the latest trailer.

As soon as an official release date is announced, we will bring you up to date.

PlayStation Store, lots of games for less than 5 euros: what to buy over the weekend

The CNET publication did not advertise the use of AI for writing articles, which caused a flurry of criticism and suspension of publications

Snapdragon 8cx Gen 4: Qualcomm would team up with Nvidia to compete with the Apple M2 Pro

TikTok May Be Banned Soon In Europe, Here's Why

When is Age of Empires 4 coming to Xbox Series X/S? Clues from the 2023 Roadmap