Halo Infinite: no DLC for the campaign in development, reveals Jason Schreier. Focus on multiplayer 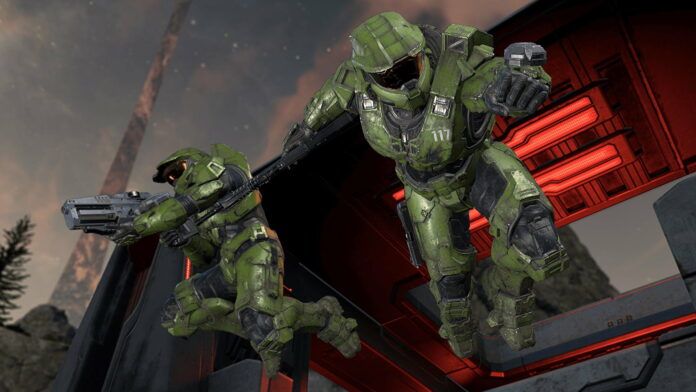 If you are willing to try your hand at new adventures of Master Chief, we fear that you will have to wait longer than you could imagine. As revealed by Jason Schreier and Jez Corden, 343 Industries would be focused on developing content for the multiplayer component of Halo Infinite. Unfortunately, the same cannot be said of any single player content, with the Software House having that would have no plans for the Xbox and PC-exclusive shooter campaign, at least in the short term.

The information came in response to recent rumors that the game’s single player DLCs were cancelled. Before Bonnie Ross leftJoseph Staten was preparing to delegate the development of single-player DLC content to a smaller team, with the aim of expanding the intriguing Halo narrative universe and, above all, continuing the story of Halo Infinite. This would have given continued support to this mode as well, support that would have lasted for years.

The rumor continued, explaining who they were problems arise during the development of the campaign DLCs. An excessive complexity of the latter would have prompted 343 Industries to give them up because they would not generate enough profit. Apparently all these rumors they were totally false, as Schreier and Jez Corden explainfigures very close to the world of video games and, as far as Corden is concerned, also Microsoft.

According to both journalists, development of this content would never have started, and no single player content is currently in development. In short, to be able to wear John’s helmet again we will have to wait a long time. Meanwhile, 343 Industries is busy keeping interest in Halo Infinite high. An aspect of vital importance, given the Live Service nature of the game.

A task that will now become more difficult, given the dismissal of a small part of the team. Luckily for the employees, and Bungie, former Halo software housethat Bluepoint Games have offered jobs to ex-members of 343 Industries.

it’s cus it is. there was never any campaign dlc in active development. idk how you scrap something that didnt exist.

Source: It will reset

Revealed new opening and ending theme of My Hero Academia 6

We are waiting for the debut of another Ukrainian in the top league. Tsygankov - in the application of Girona

South Park: The Stick of Truth could have had a simpler combat system, but Obsidian's CEO insisted

Need for Speed ​​Unbound: These extras get pre-order – new gameplay!

For birthday children of all ages: Free entry to the amusement park and swimming pool