LEONENKO: “Tsygankov will have a lever in every round. He won’t grow anymore.” 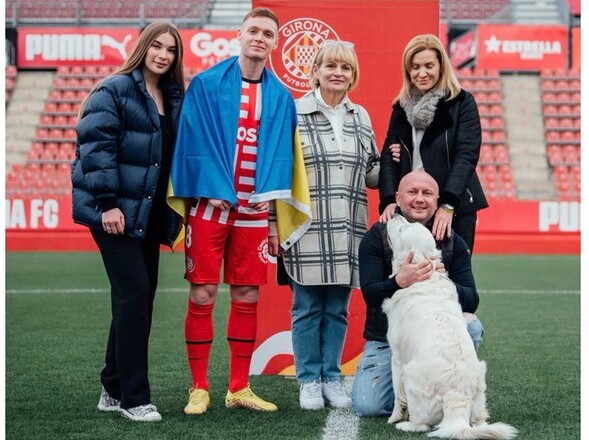 Football expert Viktor Leonenko commented on the transition of the Ukrainian midfielder Viktor Tsygankov from Kyiv “Dynamo” to the Spanish “Girona”:

“Now it’s funny to remember where Tsygankov wanted to go before. In my opinion, he named the top clubs, and the output was Girona, which ranks 12th in La Liga. Very sad if it has come to this. Rinat Akhmetov was again higher than Igor Surkis. One transfer of Shakhtar came out more than the cost of the entire Dynamo. So, I again congratulate Rinat Leonidovich and again I do not congratulate Igor Mikhailovich.

As for the transfer of Tsygankov, I will say this. It was in my time that I had to leave in order to earn money. I openly said then that I did not want to play in Dynamo under Lobanovsky, where you have to run around in vain and lose your health. But they didn’t let me go, although I wanted to go to Monaco and there was an offer for me. I just wanted to make money, because I was not a millionaire, like Tsygankov.

But Tsygankov has already earned money at Dynamo, so I don’t understand this transition. What do you think: Tsygankov and Mikolenko will play a lot in European competition in these clubs? I don’t understand at all why he moved to Girona when there is Dynamo. I think he should have stayed at the Kiev club. Well, at least Dynamo received five million, and Tsygankov did not leave for free, like Linnet from Dnipro at one time.

In Dynamo, at least one joy happened – Shovkovsky returned. He gave Dynamo 20 years, he needs to put an office right on the field. I think Igor Mikhailovich was late with this decision – Shovkovsky should have been returned even earlier. Even before I could not understand: why is Vukoevich needed? I don’t understand at all what he did at Dynamo. Under him, we did not buy a single Balkan football player, although it is difficult to answer for the Balkans when there is Srna.

Tsigankov’s further career? You can’t get promoted from Girona. See how 18-year-old Barcelona players chase Real Madrid. And Tsygankov is already 25. What should Tsygankov do in this situation? Drive Barcelona and Real Madrid? Then it will work, but I don’t believe in it. It will be driven by Real Madrid and Barcelona players. Tsygankov will have a “slinger” in every round of the Spanish championship, and there are no options at all with superclubs. So it won’t grow anymore. I will support Mudrik, but not Tsygankov, because he has nothing to do in Girona.

Who will weaken more – Shakhtar without Mudrik or Dynamo without Tsygankov? Probably Dynamo. Tsygankov did more for the Kyiv club than Mudrik did for Shakhtar. Mudrik scored and lost a little in our championship compared to Tsygankov. But Mudrik only opened up and immediately left for London, while Tsygankov played in Ukraine for a long time.”

Tsygankov made his debut for Girona in the victory against Valencia

The next Tomb Raider is "under full development", the game will be shown by the end of this year

Horizon Will Get MMO From South Korean Developer? • Universe Play