Only one defeat in 20 matches. Prometheus beat the Ukrainian team in LEBL

On Saturday, January 21, a match took place between the Ukrainian club “Prometheus” and the Estonian team “Rapla” in the Latvian-Estonian Basketball League. The game ended with a score of 89:81 in favor of Prometheus.

For the Ukrainian team, this victory was the 11th in a row in LEBL. Interestingly, in the last 20 matches at this tournament, Prometheus won 19.

It should be noted that Anton Davidyuk, a Ukrainian, played in this match as part of Rapla.

By the way, “Prometheus” continues to lead the standings of the championship. 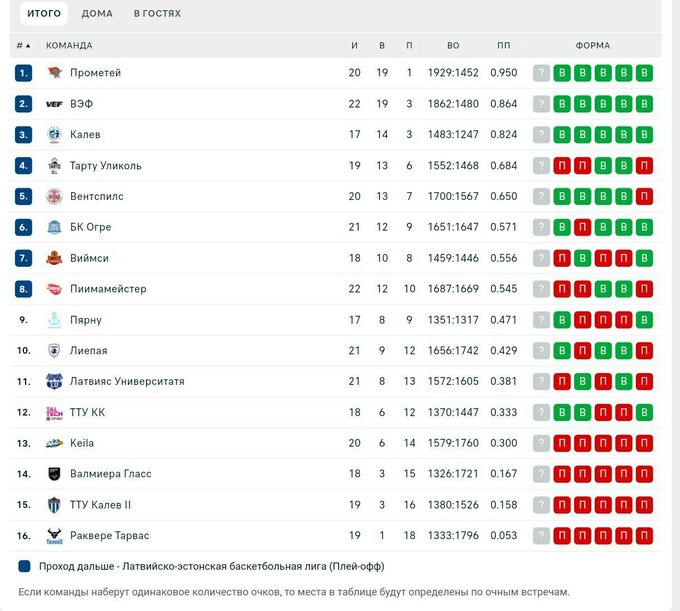 Barkom took revenge on Kuprum in the Polish Plus League

Nocturnal on PC, PlayStation, Xbox and Switch: the scrolling adventure 'ignites' in video

Terminate basic suppliers: consumers can save hundreds of euros a year on electricity and gas

The new life of Cyberpunk 2077: one million daily players for a month

Heads up! LastPass has suffered a new data breach!