Snapdragon 8cx Gen 4: Qualcomm would team up with Nvidia to compete with the Apple M2 Pro

Qualcomm is working on a new chip for laptop PC whose objective would be to compete with the Apple M2. Rumors deliver the first details about the Snapdragon 8cx Gen 4. 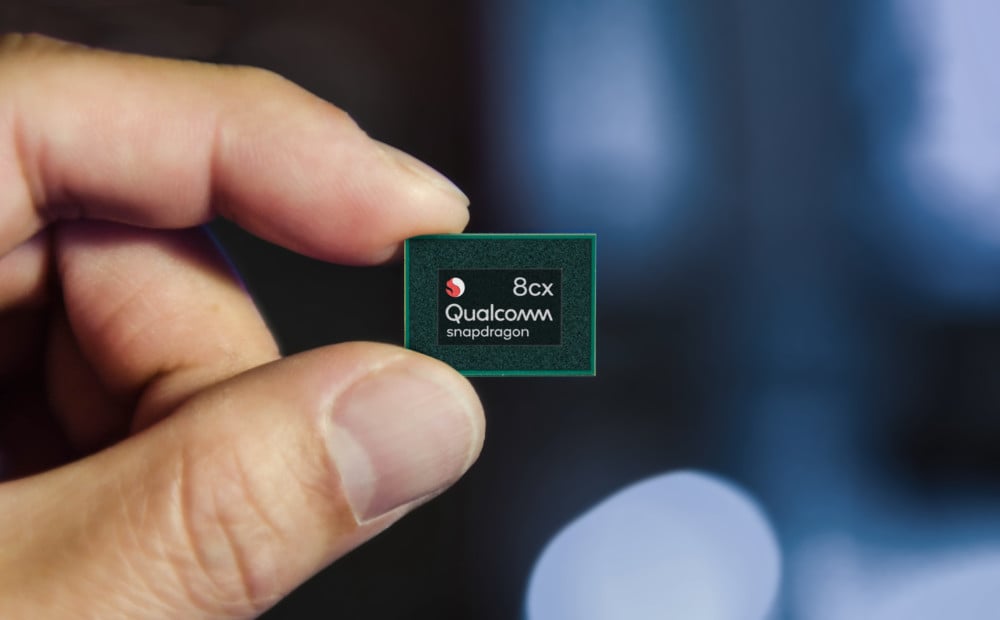 We still haven’t been convinced by a Windows laptop with a Qualcomm Snapdragon chip. The Lenovo Thinkpad X13s would come a long way thanks to the manufacturer’s work, but the chip and Windows software integration were still lacking.

Qualcomm is not giving up and is working on new generations of very promising chips. It notably bought the startup Nuvia, created by veterans of Apple at the origin of the excellent architecture of the Apple M1 and M2 chips that we know today.

The fruits of this takeover now have an official name: Oryon, which Qualcomm should talk about soon. While waiting for the brand to speak, rumors do it for her.

It is the Twitter account @Za_Raczke which delivers these new rumors. If we relay his words here, it is because these previous assertions could subsequently be corroborated by other journalistic sources such as Roland Quandt.

According to the netizen, Qualcomm will offer a Snapdragon 8cx Gen 4 chip, previously known under the codename Hamoa, which offered 8 high-performance cores and 4 power-saving cores. Qualcomm would work on an operating rate of 3.4 GHz for the former and 2.5 GHz for the latter.

A previous internet user claim, in November, indicated that the 12 cores would use the Nuvia Phoenix architecture, i.e. what Qualcomm called Oryon.

Nvidia GeForce to the rescue of Qualcomm?

The chip is said to be able to drive up to 64GB of latest generation LPDDR5X RAM across 8 different channels to maximize performance.

The graphics chip would be an Adreno 740, the same as in the Snapdragon 8cx Gen 2. The most interesting comes after: Qualcomm would have provided 8 PCI Express 4.0 lines to manage a dedicated graphics chip.

In other words, we would see the appearance of laptops integrating both a Snapdragon 8CX Gen 4 chip for the CPU, and an Nvidia GeForce or AMD Radeon chip for the graphics circuit. We then understand why Qualcomm would not offer an improved graphics chip on this new SoC. This paves the way for Qualcomm laptops truly designed for gaming and content creation.

This would allow machines equipped with a Snapdragon 8CX Gen 4 to manage up to 3 very high definition screens (one 5K screen and two 4K screens), as well as AV1 decoding and encoding in 4K. An element missing from the latest Apple chips.

The firm would also have provided additional PCI Express 4.0 lines for NVMe SSD storage, and PCI Express 3.0 lines for the modem and Wi-Fi. Support for the latter would move to Wi-Fi 7, as on the Snapdragon 8 Gen. 2.

After the processor and the graphics chip comes the chip dedicated to AI, that is to say at Qualcomm a Hexagon Tensor Processor improved to offer 45 TOPS (INT 8). Microsoft is increasingly relying on AI to improve the services integrated into Windows 11, which should benefit Qualcomm’s performance.

When is an official presentation?

Internet user @Za_Raczke does not give any indication of the date of presentation of this new chip. Given the number of details delivered here, we can think that the official announcement should not delay any longer.

An event then seems to be the perfect location for this presentation: the MWC in Barcelona at the end of February. It was at MWC 2022 that Lenovo unveiled its ThinkPad X13s equipped with a Snapdragon 8cx Gen 3 chip.

Another event that Qualcomm could target: the Computex in Taipei. This is a show dedicated to IT and which takes place in June.

TikTok May Be Banned Soon In Europe, Here's Why

VIDEO. What the hell is he doing there? Risk criticized the judge at the Aus Open

TMORPG Book of Travels Preview – Pilgrim has no destination, only path