Taras LESYUK: “Physical condition is not yet optimal” 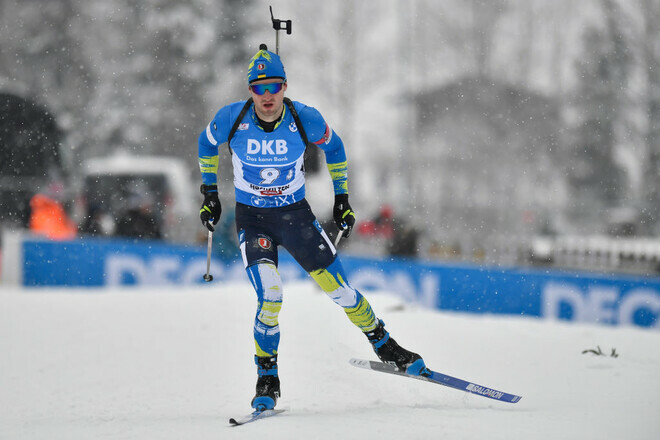 26-year-old biathlete of the Ukrainian national team Taras Lesyuk commented on the 56th place in the sprint at the sixth stage of the World Cup in Antholz, Italy.

– In Ruhpolding you had a pretty good race, hitting the top 30. And what mood did you go to the start today?

– And how did you manage?

“After all, one shot failed. Everything seemed to be under control… I don’t know… firstly, it was very hard to stand…

– I don’t know, apparently the height affects: less oxygen, breathing during the shooting is so heavy. You need a very high concentration for each shot, because all the movements here were somewhat slower than in the same Ruhpolding, for example, where there is no height.

Therefore, it was necessary to shoot very carefully, because shooting played a big role in today’s race. It’s very hard to shoot here. The weather conditions are good, the same height does not allow you to work normally, it is not so easy. It was difficult.

I had to go through adaptation in order to work at this height. And we are here for some two or three days – this is not enough for me to feel good. Personally, I feel this way. The physical condition is not yet optimal, because the main starts are at the European and World Championships.

Now we are preparing for them. Actually, I’m happy because I feel that there will be more progress that I will add. I generally like this arena in Antgolts, and the mood here is good, and I like the track, the layout of the stadium.

Christophe GALTIER: “This is a big disappointment”

STALKER 2: a visual slap in perspective with these new images of the exclusive Xbox

Meta Quest 2 at a discount and with Resident Evil 4 VR as a gift: the details of the promotion