VIDEO. What the hell is he doing there? Risk criticized the judge at the Aus Open 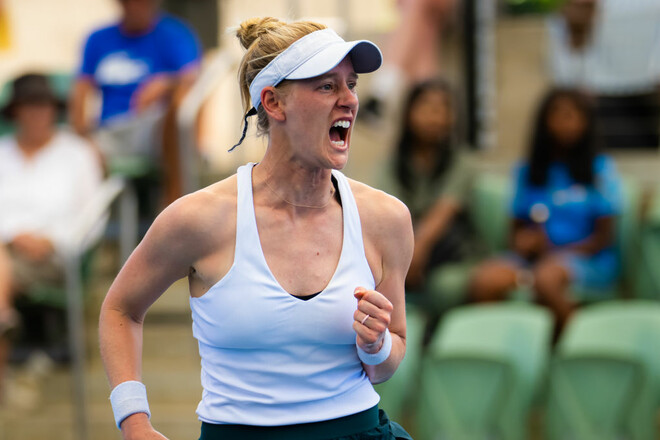 American tennis player Alison Risk argued with the judges in the Australian Open doubles first round match against Alexandra Panova and Natela Dzalamidze.

In one of the draws, Risk hit the ball in the foot of the Russian woman Panova and apologized. The referee gave a point to Dzalamidze and Panova, because he did not see a hit in the leg, after which the rally was supposed to end (the ball can only be hit with a racket), and Risk considered the apology an obstacle.

Risk and her partner Linda Frugvirtova tried to explain that the apology was made after the ball hit Panova’s leg and the rally ended accordingly. The referee refused to reverse his decision and the supervisor was called to the court.

The supervisor said that she did not follow the rally and in general “the judge makes such decisions.” To this, Risk replied: “So what the hell is he doing there? It’s just ridiculous. He sleeps there, doesn’t he? The ball hit her fucking leg. Dude… Watch the ball. The first rule of tennis.

After the match, Risk wrote: “The opponent should have admitted the hit. The referee apologized for the mistake after the match, and I accepted his apology. Foul play and cheating happen all the time in tennis, especially at the junior level. Parents and players invest too much time, money and psychological energy.

As you can see, I really want to help the future of tennis. If you’re working on out-detection technology or VAR and need funding, please email me.”

Tennis chair umpires have a magical way of “not seeing” things. They don’t see double bounces, and apparently they don’t see when a ball hits a player in the middle of a rally. with 752 cameras on the grounds, there’s still no system to help move these things along? #AusOpen2023 pic.twitter.com/pUJsJCjceR

Like a Dragon: Ishin!: SEGA introduces mini-games to pass the time

News about "big games for Game Pass" will be on Developer_Direct

Vengeful Guardian: Moonrider canceled – Actionkost will be released in January 2023