Why very early Doctor Who is great – 10 reasons for the classic trip!

The British science fiction series “Doctor Who” is ancient, it will celebrate its 60th anniversary in November 2023. Hard to believe, because not even the “big cousin” from the USA, “Star Trek”, made it that far. No, the age record is actually held by this funny series, in which a main character, who changes every few years, jumps through space and time in a police cell with mostly human companions and fights evil. Strictly speaking, the “Doctor Who” phenomenon is only 14 years old in this country, because the episodes with the eighth doctor, played by Christopher Eccleston, only ran on German free TV in 2008.

Admittedly, RTL plus had already broadcast some episodes with the seventh doctor Sylvester McCoy in 1989, but the series only became known and successful in Germany with the so-called “New Doctor Who”, with the eras of David Tennant and Matt Smith being the zenith of the might represent nerd enthusiasm. But in the gray prehistory of this block of new, hip “Doctor Who” there are 26 seasons with almost 700 individual episodes from the years 1963 to 1989, which are only known to German hardcore fans. More than a third of them in black and white. How uncool. 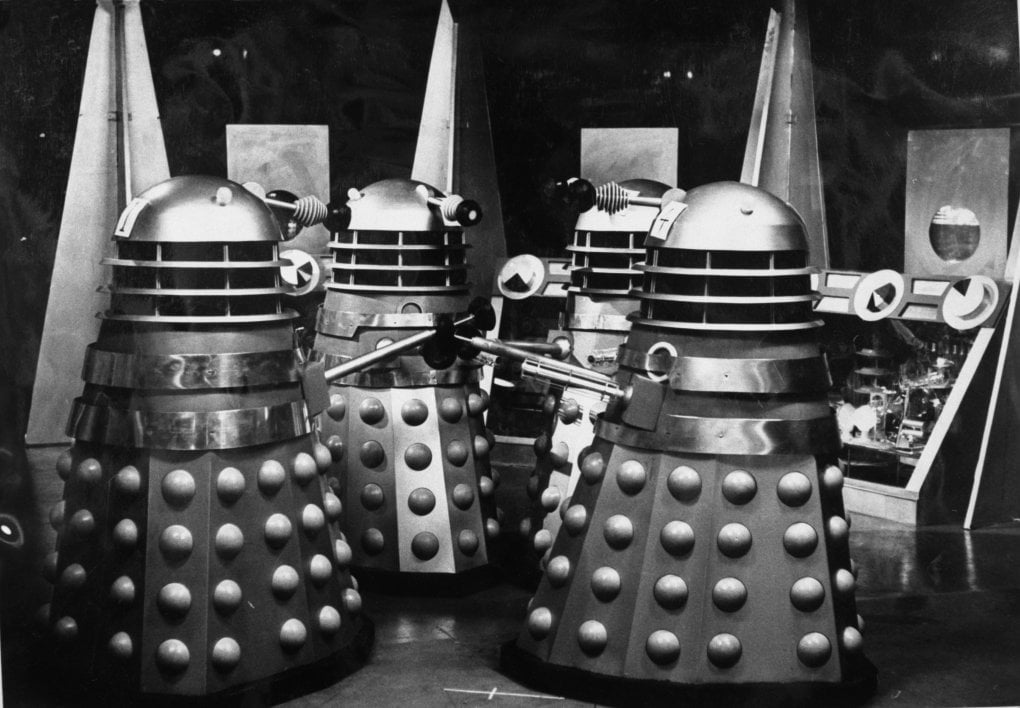 “Doctor Who” could be much better known in Germany: In 1968, the good old ZDF checked whether the British series should be included in the program, but those responsible criticized the bloodthirsty monster stories in which the guest stars die left and right . That doesn’t belong on children’s television! Also, the rubber costumes and wobbly sets could be improved upon, to say the least. If the public broadcasters had grabbed it at the time, “Doctor Who” would have been a part of all of our childhoods in Germany, a bit of homely retro memory that many remember like “A Colt for all cases” or “Knight Rider”. However, the series lacks this cultural foundation in this country. Not an easy stand for a TV classic.

In fact, even back in the 1980s, I overheard from a primary school classmate whose father was an English teacher that one of his British colleagues had sent him a VHS tape of “Doctor Who” he had recorded himself. Julia, that was the girl’s name, was really excited, because these episodes were always watched together in the family circle of the teacher’s household and were always very scary. Somehow that sounded mysterious and exciting to me, but I never saw it, and Julia lived only two houses away.

Many years later, it must have been around 2002, I was already a big film and series fan with a constantly growing DVD collection and international orientation. “Film importer”, that’s what friends and work colleagues called me. And if, like me, you used to browse through the range of British DVD online shops every day, then the Doctor Who releases must have caught your eye. There were between two and seven episodes on each disc, always a complete story. (Because: classic “Doctor Who” doesn’t consist of single episodes, but always of multi-parts, mostly four or six episodes of 25 minutes each.) Month after month these fascinating-looking science fiction things were always pretty high up in the sales charts and made me laugh on.

Unfortunately, I’m not just a film nerd, but also an undiagnosed, obsessive-compulsive neurotic completist. When my research at the time revealed that only a fraction of the more than 150 stories had been published and that in complete order, my enthusiasm abruptly abated. The nail in the coffin of my curiosity was the fact that the BBC, in a fit of short-sightedness, had destroyed many of the very old episodes. In the 1960s, television was something ephemeral, that is, like a news show or a play, it only existed in the moment. The notion of reruns or even DVD releases decades later was simply alien to the early TV makers. What seems like barbarism today – Destroy cultural assets! – from the point of view of the time, one cannot blame anyone, as regrettable as it is. Only for my 2002 self was it an affront: should I start collecting something that can never be complete? No way! 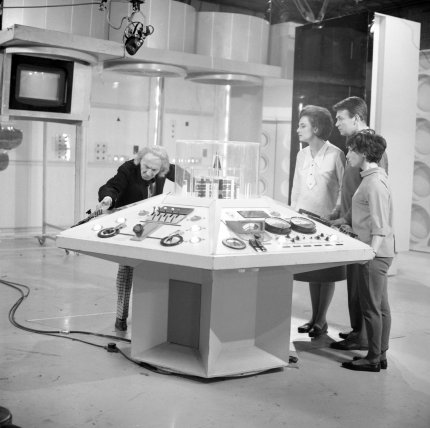 Almost like a play, “Doctor Who” was filmed at Lime Grove Studios. Source: © polyband/BBC About ten years later, when enthusiasm for modern “Doctor Who” was at boiling point in Germany, I did some research again and lo and behold: almost all the classic stories had now appeared on DVD, and the collection was getting closer the home straight. Even the lost episodes existed in a way, as British kids had been doing from the start of the series what many tape kids did in this country before they had a VHS record of their own. They sat in front of the TV with the tape recorder and recorded the dialogue of their favorite show. A few young tinkerers even unscrewed the television and picked up the sound electronically directly from inside the goggle box. These high-quality sound recordings, supplemented by narrative passages, were released on CD as real radio plays or even combined with still images, so that a kind of visual experience was possible again. Destroyed, yes, but not lost. Paradoxically, these soundtracks, recorded in living rooms, are better than much of what was stored on BBC film and video tapes, so some DVD releases have been given the clearer ‘fan sound’ by the restoration team. A crazy story, these lost episodes, the details of which could fill entire books. For me it was now clear: This series can now be collected completely in 2012 and I will do it! The beginning of a fascination and passionate love. Almost 50 years late.

But while I fell more and more in love, for the average German nerd audience, classic “Doctor Who” is and remains, to put it simply: An unknown series that does not exist in the zeitgeist. Black and white, somehow cheap, maybe even unintentionally funny or embarrassing. Plus 100 to 150 minutes per story, which today would take no more than 45 minutes to complete. A narrative pace that is light years away from today’s viewing habits. All of this signals to the potential audience: I’m boring and bulky!

So it’s high time to make my love public and tell why classic “Doctor Who” is so worth seeing. Why you should definitely jump over your shadow and look at something so old-fashioned. I could fill a book with thousands of reasons, because the series not only reinvented itself with each of the original seven main actors, the stylistic orientation of the series also changed depending on which producer was behind the wheel. So here are ten reasons why the first two years with the first doctor and the first production team are just great.

Only one defeat in 20 matches. Prometheus beat the Ukrainian team in LEBL