Dead Space Remake: revealed the weight of the game on Xbox Series X and Series S. It will be a feather! Preload available 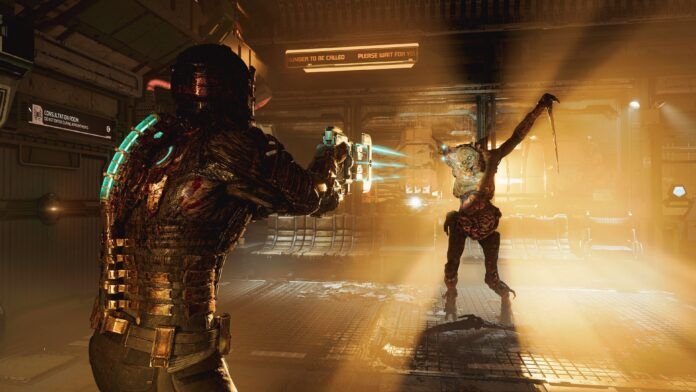 Dead Space, Remake of Visceral Games’ 2008 masterpiece, promises to be very, very light indeed. Or rather, it will be by today’s standards. Through the Xbox store page, we are told that the game will weigh only 31GB. A featherweight, in fact, considering that in recent times a game has considerably exceeded this figure, reaching almost 100 even for “linear” titles such as this remake.

News that all players who own one of the aforementioned platforms will be happy about. PlayStation and Xbox Series S users will have something to rejoice, given the reduced space of the SSDs used by both consoles. PC users, on the other hand, may be faced with a title that yes, will weigh from the point of view of the resources required, but at least it will be light. Furthermore, those who pre-order the PC version of the game on Steam will also receive Dead Space 2 for free. The Dead Space Pre-load has already been available on all platforms since yesterday, January 20, and will allow you to download the game 7 days before its release date.

Recall that the release date is set for January 27, 2023 and, says EA Motive, will aim to totally redefine the Survival Horror genre, taking even more inspiration from such masterpieces as Alien and The Thing. Ironically, rumors circulated months ago about a Triple A based on Alien that would be inspired by Dead Space. And still speaking of cinematic icons, John Carpenter may have let it slip that a Dead Space movie is currently in Hollywood’s plans.

The game will only be released on PlayStation 5, Xbox Series S, Xbox Series X, and PC. No old-gen versions for the game, also thanks to the ambitiousness of the project. EA Motive has in fact revolutionized Artificial Intelligence and the entire Level Design of Ishimura, ship where the story of Isaac Clarke will take place. As well as the gameplay, the story will also be expanded, while remaining true to the original game.

Convergence is imminent. Set a reminder to pre-load #DeadSpace onto your preferred gaming platform!

The release of the horror Trenches

Sales: 5G mobile plans are at a low price at Free!

Tuchel wants to take charge of Real Madrid or Barcelona

Media: NetEase fires developers due to the end of cooperation with Blizzard