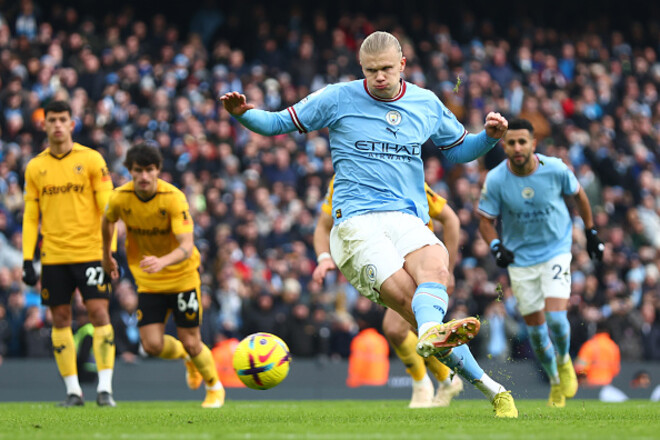 On Sunday, January 22, the match of the 21st round of the English Football Championship between Manchester City and Wolves took place. The game ended with the score 3:0 in favor of the “citizens”.

All three goals were scored by the 22-year-old Norwegian forward Erling Holland. The striker has scored 25 times this season and leads the Premier League scorers race. Interestingly, Haaland’s tally of 25 goals this season is already better than last season’s top scorer in the Premier League. Then Mohamed Salah and Son Heung-Min scored 23 goals each, dividing the Golden Boot. In the 2020/21 season, Harry Kane had 23 goals, in the 2019/20 season, Jamie Vardy scored.

City are currently second in the Premier League table with 45 points after 20 rounds. The Wolves are in 17th place with 17 points.

Also today, January 22, another match of the 21st round of the Premier League ended. “Leeds” and “Brentford” painted a goalless draw.

FULL-TIME | A win against Wolves! 💪

Defeat at the Etihad.

𝗙𝘂𝗹𝗹 𝗧𝗶𝗺𝗲: #LUFC and Brentford share the points after a 0-0 draw pic.twitter.com/xTldzwwIL0

False opinion on Google: France has finally found a solution to put an end to it

Sales 2023: We did not expect to find an 8TB hard drive at this price

Vodafone: MMS will be switched off after 21 years