Hidden teleports of the Hadramavet desert in Genshin Impact: where to find everything

The Hadramavet Desert teleporters in Genshin Impact allow Travelers to move quickly and extremely conveniently across the endless sandy plains. However, such waypoints can be located not only in various corners on the surface of the region, but also in the corridors of ancient underground temples and even caves, away from human eyes.

Getting to such teleportation obelisks is often not so easy due to the fact that they are classified as hidden and do not appear on the map in any way before they are activated. In this guide, we will tell you where to find all the hidden teleports in the Hadramavet desert and how to get to them. We will also name all the necessary conditions for opening entrances to temples and caves. 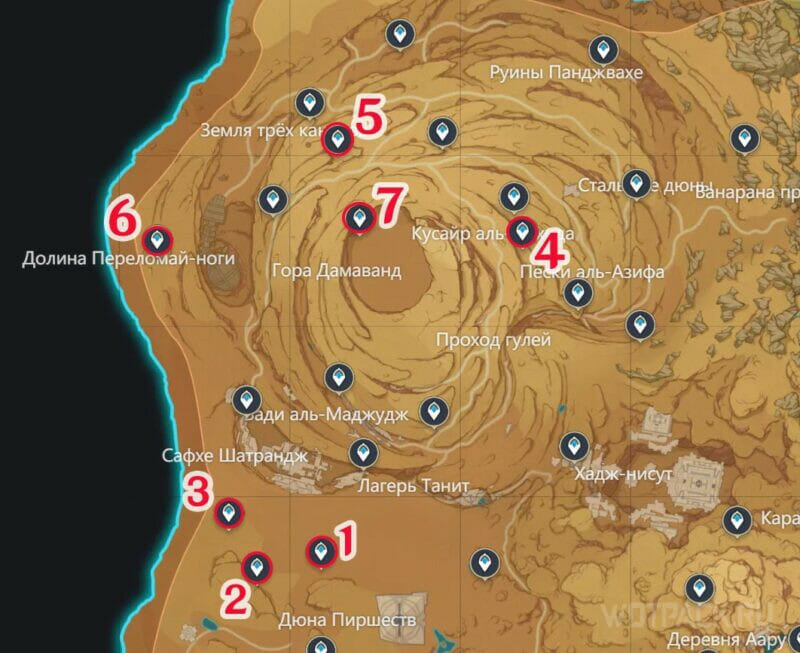 In total, on the territory of the region, the Hadramavet desert is located 7 secret teleportation points, not marked on the map until they are activated. Access to each of them is opened only during the passage of one or another task of the quest line “Memorial Bilcis”.

In the Ruins of Gurabad, where the Traveler goes on the quest “Temple where the sands flow like tears”, you can find and activate three waypoints at once. Having reached the main gate of the temple, go inside and follow forward to a huge hall with an ancient mechanism in the center.

From the hall you can go in three directions, and at the end of each you can find the desired teleport. Let’s consider all the routes in more detail.

Teleport on the left

Turning from the main hall left, follow the corridors forward until you reach a room with statues and mechanisms. To the right of the archway you will immediately see a teleport.

Teleport in the center 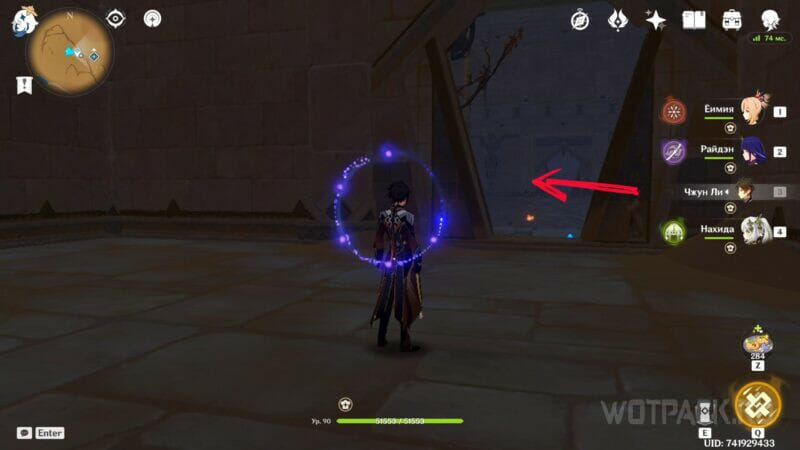 Return to the previous hall and go to the corridors opposite the main entrance to the temple, behind the pyramid. To get to the desired point, at the first fork, turn straight upand in subsequent corridors – left. In the room with Primordial structures and mechanisms on the left side, find a waypoint. 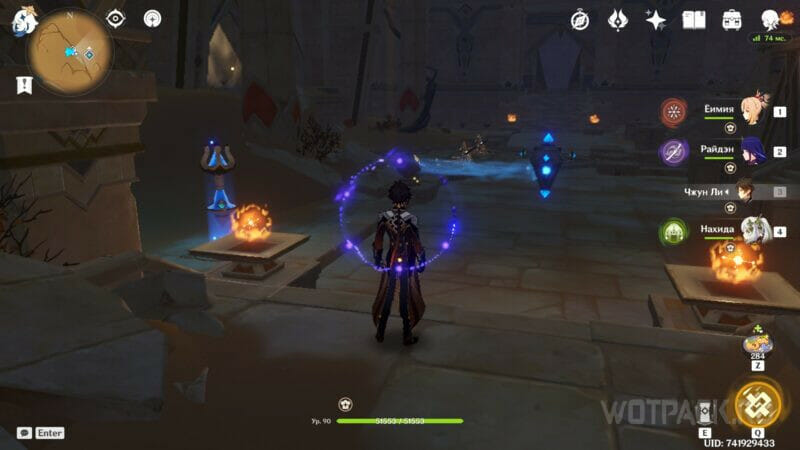 Teleport on the right

Following the last, third, route, turn straight up in the hallway with two doors and keep moving until you reach another room with statues. On the right at the entrance you will find the last teleport in the location.

Behind the fourth teleportation point, go to the Ghoul Passage location and go down into the gorge, where you went through the quest “Abundance Under the Sand Dunes I”. Right at the foot of Mount Damavand is the entrance to the desired caves. 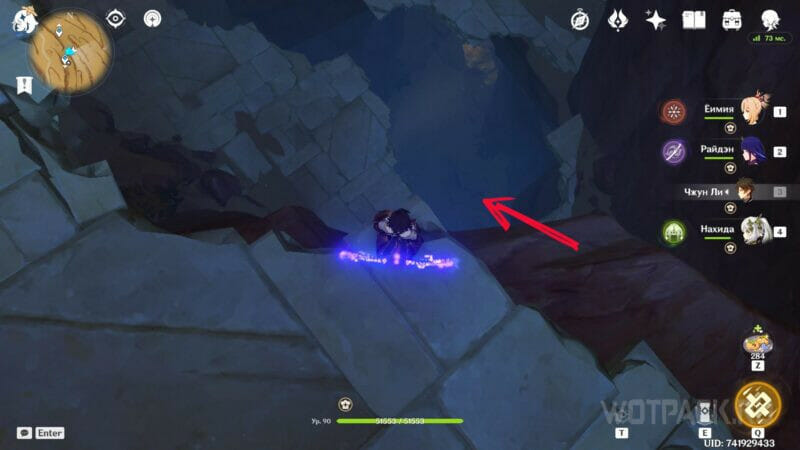 Follow the underground passages, keeping to the stone arches, until you reach a large hall with a destroyed floor, and go down to the very bottom of the rift.

At the bottom of the gorge, go to westto immediately see the desired teleportation point.

Hidden teleporter in the Land of Three Channels

Start your search for the fifth waypoint in the Land of the Three Canals, near the cave unlocked by the quest Abundance Beneath the Sand Dunes II. 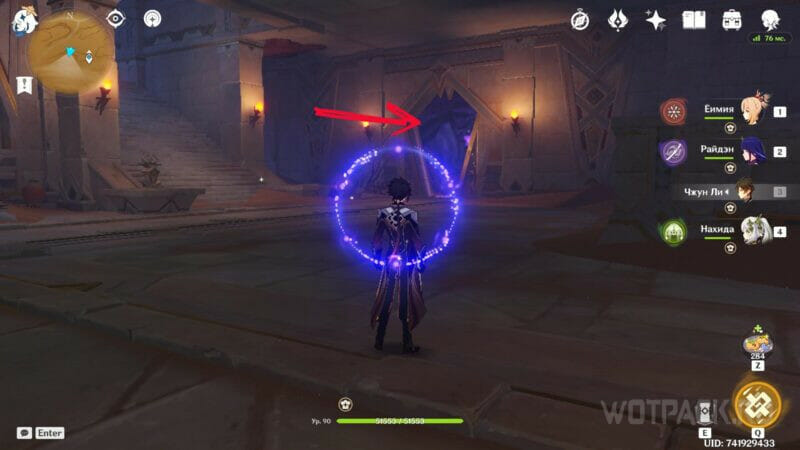 Follow along the long corridors of the caves until you reach the entrance to the ancient building. Go inside and turn into the passage straight up.

Re-entering the caves, follow the light ahead. At the cliff with a small lake, get down and go to the visible passage ahead. Once in the hall, on the left you will see the destroyed structures, on top of which the desired teleport will be located.

After completing the quest Abundance Beneath the Sand Dunes III, the cave systems under the giant golem in Break Legs Valley will become available. Enter the arm of the ancient mechanism and follow it to its control room. 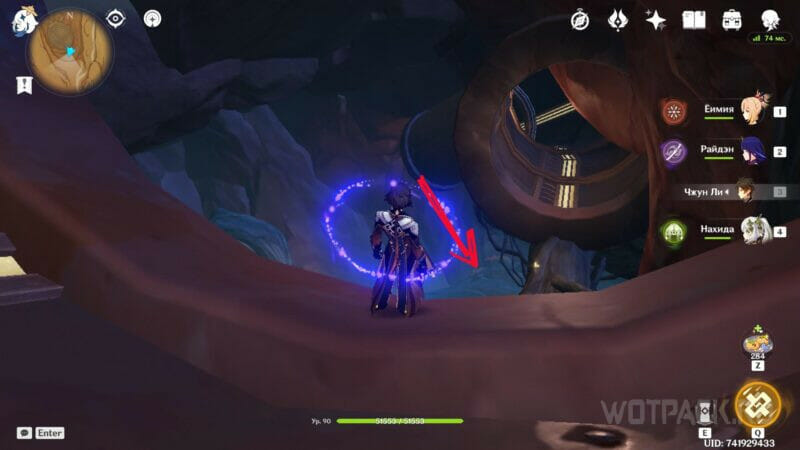 Once in the right place, go to the opposite side of the room. Behind the mechanism elevator you will find a passage overgrown with roots. Move forward to the second hand of the golem and get down. 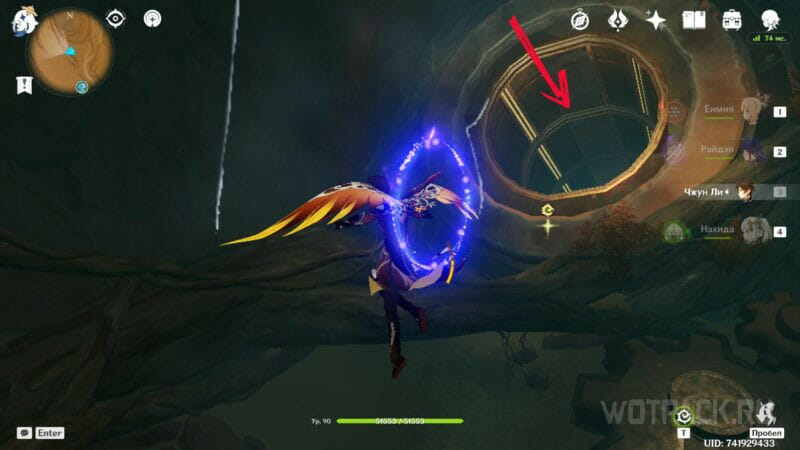 Climb up another mechanical passage with the four leaf symbol. Walk forward until you reach the cave system.

At the forks, turn twice straight upto find a teleportation point in front of a small temple in the rock. 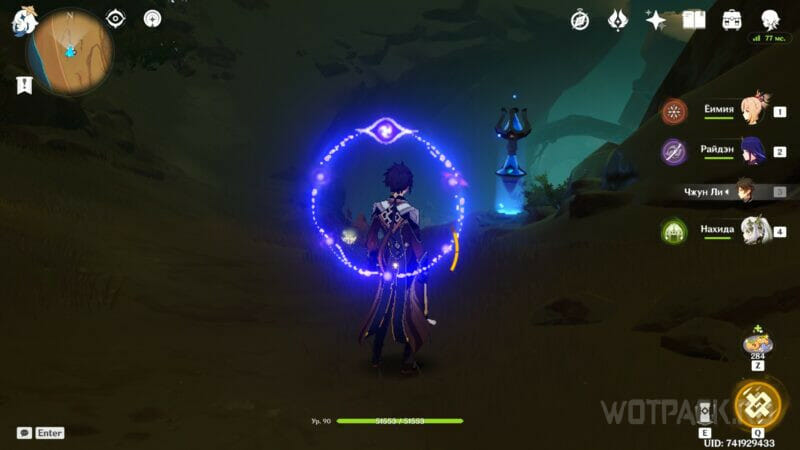 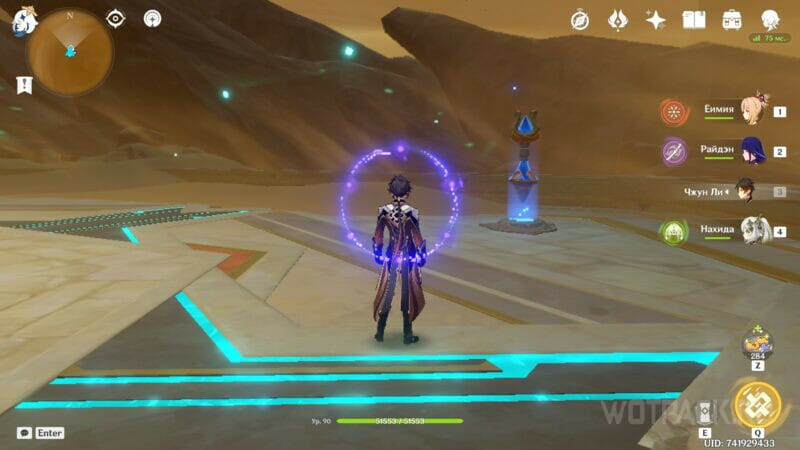 This waypoint is unlocked by the quest Abundance Beneath the Sand Dunes III and is located in the center of a giant sandstorm on Mount Damavand. You can’t get there on your own – the genie Lilupar transfers the Traveler to the platform only by quest, and the teleport is activated automatically while watching cutscenes and battles and opponents.

To get an achievement “Through Mirages and Sandstorms II” from the collection “Sumeru: Gilded Desert II” it is necessary to open all ground and underground teleportation points in the Hadramavet Desert area in the amount 21 pieces.

We hope this guide helped you find and activate the hidden teleporters of the Hadramavet desert in Genshin Impact. If you have any questions, you can leave them in comments. Also read what to do if the Lilupar genie lacks strength, and other guides with solutions to difficult desert puzzles.

Atomic Heart: Patch 1.01 arrives. What does the new update introduce?

Forspoken is not out yet, but the final boss has already appeared on the net