Savior or hypocrite? Who is Jim Ratcliffe, who is going to buy Manchester United

The Glazers, an American business family that has held a majority stake in Manchester United since 2005, are preparing to sell the English club in the coming months. It is not yet known what part of the shares the overseas business tycoons will be ready to give up to the new owner, and on what amount the parties will agree on the right to take possession of them, but the ice, as they say, has broken, and the situation has taken on an inevitable look.

The main contender for the purchase of Manchester United is currently considered to be 70-year-old British billionaire Jim Ratcliffe. His official representatives have already announced that the businessman expects first to agree with the Glazers on the purchase of a small part of the shares, and then to acquire their main share in order to become the owner of a controlling stake.

Previously, Ratcliffe was associated with the possible acquisition of Chelsea, for which the English billionaire offered the former owners 4.2 billion pounds, but this was not enough. Having suffered a local failure, Ratcliffe does not intend to abandon the global goal – to become the owner of one of the top clubs in the English Premier League.

Who is this Jim Ratcliffe, and why is his biography so ambiguous that many fans of Manchester United already now, when the deal to sell the Red Devils to the English billionaire is extremely far from being completed, are expressing fears that a banal exchange will occur in the ownership structure ” sewing on soap”? 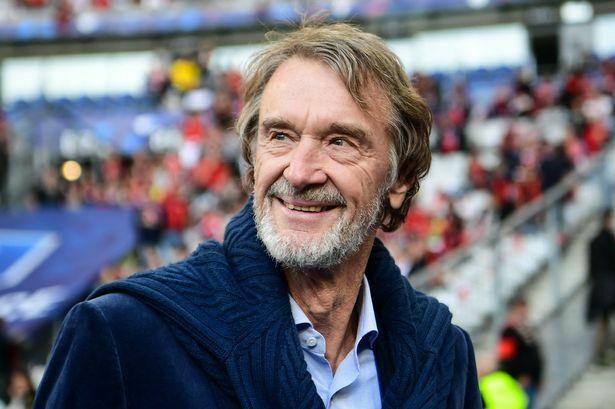 Jim Ratcliffe, or rather Sir Jim Ratcliffe, according to experts, is the richest man in the UK. In 2018, he received a knight bachelor’s degree from Elizabeth II in recognition of his services to business and investment. But only in recent years, the businessman has been actively trying to break into the world of big football in his homeland, becoming the owner of one of the top clubs in the Premier League.

On the one hand, Ratcliffe’s persona, compared to a number of other Premier League club owners, looks incredibly presentable. The future billionaire was born in Failsworth, a town with a population of 20,000, which is part of the county of Greater Manchester. Therefore, when the new owner of Manchester United wants to become not just another overseas bag of money representing a country where there are serious problems with respect for human rights (the examples of Newcastle, owned by the Saudi Arabia Sovereign Fund, or Manchester City, owned by member of the ruling royal family of the emirate of Abu Dhabi, Mansour ibn Zayed Al Nahyan, as well as the same Chelsea, which until recently was the property of Roman Abramovich for many years, one of the oligarchs who gained strength during the heyday of the Putin regime in Russia) , and a local guy, it seems like a breath of fresh air in a closet where no one has opened a tightly boarded door for a long time.

It would seem that the arrival of Ratcliffe would allow Manchester United fans to further increase the degree of mockery of fellow countrymen from City, who are often subjected to such attacks by ill-wishers precisely because of the persons of their owners, but in this matter everything is by no means so simple, as it may seem at first glance.

Jim Ratcliffe’s fortune, according to Forbes, is 17.5 billion pounds, which puts him in 112th place in the list of the richest people in the world. This money would easily be enough for a British businessman to cover the annual budget of any of the 72 poorest countries in the world.

The key asset in Ratcliffe’s business empire is the chemical group Ineos, the fourth largest in the world in this industry segment. The Ratcliffe company has sales of around £50bn a year and employs more than 26,000 people, according to a recent report by the BBC.

Big money and big business allowed Ratcliffe to plunge into the world of sports without any problems. In particular, the billionaire, through his company, is the owner of the British professional road cycling team Ineos Grenadiers, and since February 2020, Ratcliffe’s flagship enterprise has been the main sponsor of the Mercedes AMG F1 Formula 1 team.

In football, Ineos already owns two clubs – the French “Nice” and the Swiss “Lausanne”, and therefore the addition of Manchester United to them can lead to the fact that a structure similar to the Emirates holding City Football Group will be built around the Ratcliffe empire.

It is possible that Ratcliffe can return Manchester United to the path of prosperity from which the club ingloriously descended after the end of his coaching career, Sir Alex Ferguson. The British billionaire bidding to buy the Red Devils has previously allowed himself estimates of United’s economic activity. In particular, Ratcliffe openly criticized the Manchester giants for the wrong choice of managers, as well as a number of dubious transfers. A vivid illustration of the latter, according to the businessman, was the Brazilian Fred, for whom the Red Devils paid Shakhtar 59 million euros in 2018.

But it should not be ruled out that through the purchase of Manchester United, Ratcliffe, like many other investors of his caliber and status, wants to simply “whiten” his reputation, which has suffered greatly, including due to the recent statements and actions of the businessman.

Sir Jim Ratcliffe, along with Sir James Dyson, was one of the active supporters of the British exit from the European Union, which was called Brexit. The businessman assured the general public that Britain would benefit greatly from the decision to sever close ties with the European economy, and would receive a powerful impetus for development outside the European Union.

In addition to banal pathos, Ratcliffe generously handed out quite tangible promises. One of these was the opening of a new factory for the production of Ineos Grenadier 4×4 SUVs in Wales. This would help to significantly increase the economic potential of the region, as well as create several thousand jobs, which would have a positive impact on the development of local infrastructure, the social sphere, etc. But at the last moment, Ratcliffe abandoned this venture, opting for the construction of a factory in France, for which he received a scolding in the press from a number of British politicians.

“The fact that Brexit will be an important factor in improving the UK economy is a bitter pill that we all have to swallow. Ineos owner Sir Jim Ratcliffe has been a vocal Brexit supporter, loudly proclaiming the benefits of leaving the EU. But now we all see that his claim to leadership is as empty as his promises,” said UK Labor MP Chris Elmore, representing Wales.

In fact, this act of Ratcliffe is already a clear manifestation of hypocrisy, but the main claims against the billionaire from his many critics are not limited to this. The fact is that in 2020, Jim left the UK altogether, becoming a resident of Monaco, where, as you know, there is no personal income tax and no corporate income tax for companies. 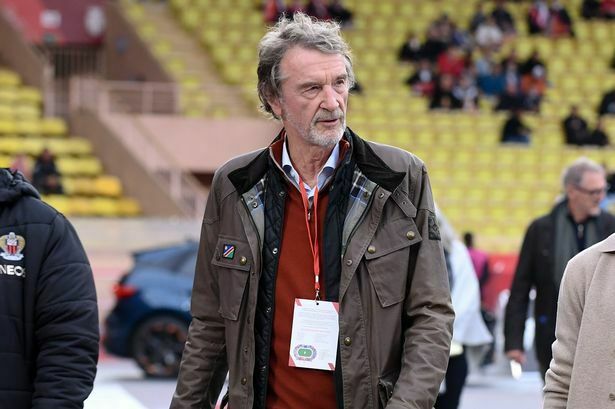 In 2017 and 2018, according to open sources, Ratcliffe was the UK’s third-largest taxpayer. The move to the “tax haven”, which is Monaco, allowed the businessman’s companies, according to rough estimates of experts, to save about 4 billion pounds in tax deductions.

“We are British, aren’t we? This is where we started and this is where our hearts lie,” Ratcliffe said in late 2016, when Ineos headquarters returned to London from Switzerland with fanfare. Four years after this bombastic speech, the billionaire packed his bags and flew to Monaco, obviously wanting to keep his love for Great Britain, but not pay taxes to a country so close and dear to his heart.

Subsequently, information even appeared in the British media that Elizabeth II and a special commission would never have allowed Ratcliffe to be knighted if they had known about his plans to move to Monaco. But successful businessmen are those who know how to keep their mouths shut and implement their ideas exactly when it can have the least negative impact on their capital.

However, Ratcliffe has pretty much tarnished his image, and now, through the purchase of Manchester United, he will probably try to clean himself up properly, positioning himself in the status of a savior and a local patriot. Will Sir Jim succeed, and will he become a better owner option for the Red Devils than the disgusting family of Glazers – these are questions that can already be categorized as rhetorical …

NVIDIA DLSS 2.5.1 compared to previous versions in The Witcher 3 and Cyberpunk 2077

Anno 1800: The console version in detail

The Simpsons: which seasons marked the “Golden Age” of animation?

Smart pen from Dutch Nuwa sees what you write