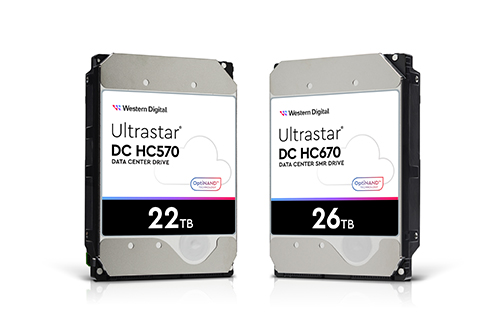 01/22/2023 at 5:00 p.m. by Maximilian Hohm – Some current patents from Western Digital would enable a combination of tape storage technology with regular magnetic hard drives. This could significantly increase disk capacity while significantly reducing costs and power consumption. Read more about this below.

Western Digital is known as a manufacturer of hard drives, SSDs, RAM and memory cards and can look back on many years of experience. Now the manufacturer’s new patents have become known, which could represent a combination of magnetic tape technology and conventional magnetic hard drives. The capabilities of the tape drive would be combined with the tape medium, which should improve access times while reducing the technological complexity that is currently slowing capacity growth.

12:03
Direct Storage in the video test: no more loading times?

The closer the read and write heads are to a medium, the faster the corresponding processes work. Western Digital would like to adapt this concept of magnetic hard disks accordingly and apply it to magnetic tape technology. To this end, the manufacturer would like to implement a standardized form factor of 2.5 or 3.5 inches, which makes it easier for commercial customers in particular to design data centers for maximum scalability. The biggest advantage that one expects from the technology is the cost. While a conventional magnetic hard drive in the enterprise segment costs about 20 euros per terabyte of capacity, LTO drives should be significantly cheaper.

An LTO tape measuring 102 x 105 x 21 millimeters, which just doesn’t fit into a 3.5-inch HDD measuring 147 x 101 x 26 millimeters, currently offers a capacity of 45 terabytes. In the next generation, it is assumed that the capacity will double, so that progress can also be reported here. A sealed LTO-based drive should therefore be cheaper, lighter and more energy-efficient than a conventional magnetic hard drive, while at the same time offering significantly higher capacity. In addition, there is compatibility with previous enterprise connection options, so that they would represent a simple substitute. It will probably take some time before this is possible, because the LTO consortium, which has so far benefited from the clear division between hard disks and tape storage, has to be convinced first.

Nintendo Switch, Microsoft, China... The business news of the week

God of War Ragnarok: A user has recreated the house of Kratos and Atreus in Minecraft