Anna Krivonos: “At this level, I’m a little weak” 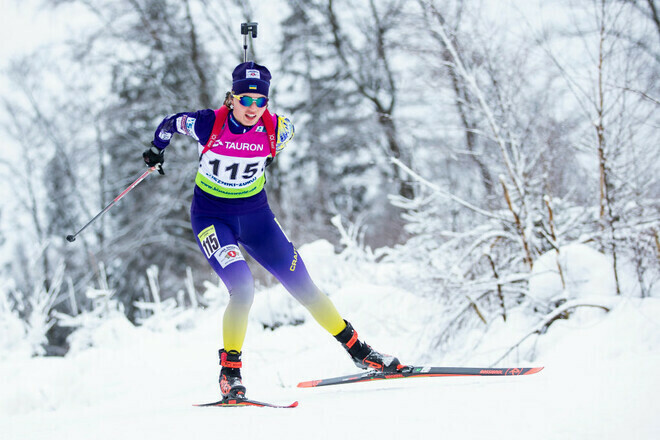 Biathlete of the Ukrainian national team Anna Krivonos commented on the 9th place in the relay at the sixth stage of the World Cup in Antholz, Italy.

– I think that I more or less managed, but the speed is letting me down, something is missing: maybe strength or experience. At this level, I’m a little weak, I understand that. I don’t know why this is happening.

We work with a coach, we do some work. I have already said that my body does not want to meet us halfway. With shooting, I think I coped. I had such a strong jitters, and I fell asleep very late today.

Usually, before going to bed, you mentally go through the track, yesterday my pulse immediately began to rise. I already say to myself: “Yes, don’t think, don’t think.” Fell asleep at midnight. I woke up before an hour from the alarm clock.

Usually it’s hard for me to get up, but then the body itself woke up. I came to breakfast and did not have breakfast because I was sick.

Is it because of the excitement?

– Yes. The last time, probably in my youth, I ran to the first stage of the relay, I was very worried. I don’t worry so much about a personal race, because as God wills, so will the run. And here for the team. It’s scary to let someone down. I was very worried.

Aroged: The Kremlin explained the absence of a decree on the end of partial mobilization

After Elden Ring, a streamer finished another GOTY by dancing!

The Last of Us, Season 2 officially confirmed by HBO for the TV series