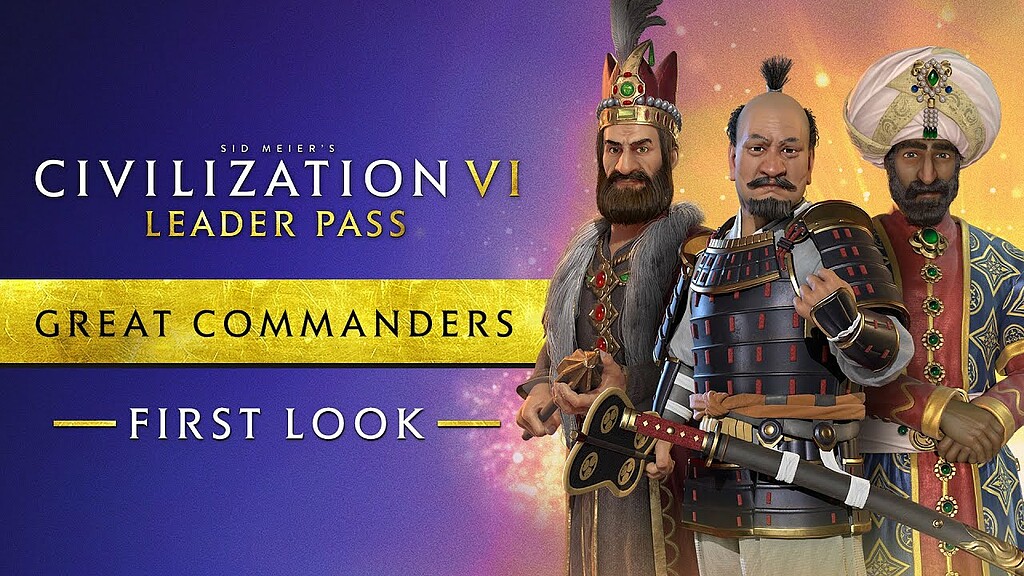 When Zhu Di, Prince of Yan, ascended the throne, he took the reign name of Yongle. As emperor, he did not indulge in excessive luxury, but demanded and received tribute from dozens of other countries. In the game, he likes civilizations with positive income per turn and despises those with negative income per turn.

All cities will receive projects where they can convert 50% of their production into food or faith, or 100% into gold. Cities with 10 or more residents get +2 Gold, +1 Science, and +1 Culture per turn per citizen in that city (requires Rise and Fall or Gathering Storm DLC packs).

As the only woman to ever sit on the Chinese throne, Wu Zetian shifted the focus of power away from powerful families to a more centralized bureaucracy and steered Chinese politics towards a more meritocratic system by opening up administrative reviews to the general public. As regent, she relied on her secret police to eliminate any perceived rivals, and in-game she is no less tolerant of competition. She despises any nearby armies and settlements that are not hers.

All offensive spies act 1 level higher. Whenever an offensive espionage mission is successful, players also receive 50% of the culture and science earned by the targeted city that turn. A free spy is granted after discovering defensive tactics.

Although Qin Shihuangdi did not personally lead any troops, he is still considered a warlord who unified the Chinese empire, even going so far as to standardize measures and weights, unify Chinese script, and issue a new imperial currency. He is also known for creating the Terracotta Army, which was raised for his protection in the afterlife. Since Qin Shihuangdi likes to recruit barbarians in the game, he doesn’t like it when other civilizations try to defeat them.

The exact release date of the 4X strategy SpellForce: Conquest of Eo has become known

Nintendo Switch OLED is on super offer, only 3 pieces available

Xbox-Activision: Microsoft sues PlayStation to defend itself against the FTC