In the third round, the Ukrainian in a duet with Elena-Gabriela Ruse from Romania outplayed the Czech tandem Miriam Kolodziezhova / Marketa Vondrousova.

Marta made it to the quarterfinals of doubles for the first time at the Australian Major. Previously, at this stage of the Grand Slam tournaments, she played in pairs only at Roland Garros.

In the 1/4 finals, Kostyuk and Ruse will play against the winners of the match Storm Hunter / Elise Mertens – Victoria Golubic / Monica Niculescu. 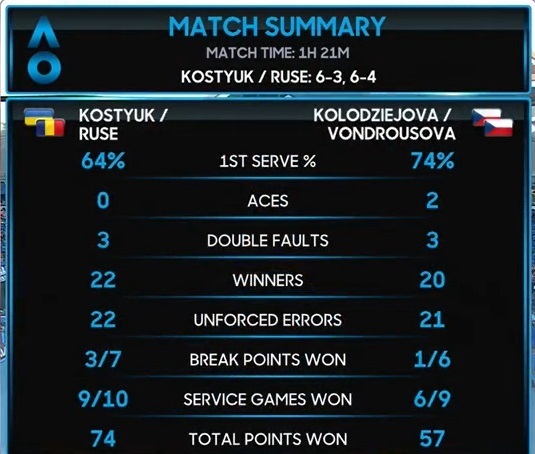