The surprise success NieR: Automata has meanwhile also been taken up as an anime series, but this has to cope with a setback for the moment. The project is currently on hold for now! 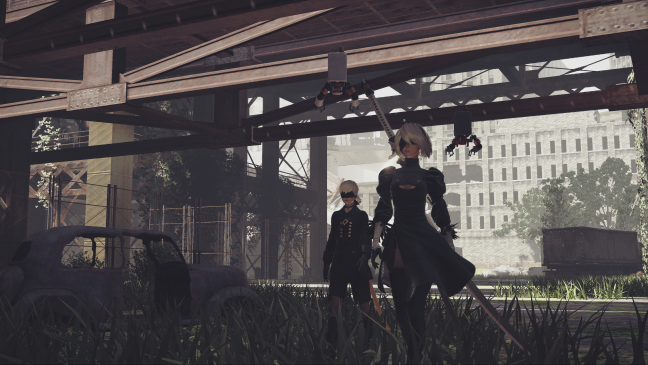 An anime adaptation of the hit video game NieR: Automata launched on January 7, 2023 with “NieR: Automata Ver1.1a”, but this adaptation now has to cope with an unexpected setback. After three episodes have been broadcast, the good piece is on hold for the moment.

After the start at the beginning of the year, episodes 2 and 3 followed on the two following Saturdays, but for now there has been radio silence. As communicated via the official Twitter account for the series, the rest of the first season has been postponed. Due to problems in the context of COVID-19, the broadcast of the remaining episodes will initially be delayed; however, more specific details in this regard remain unanswered.

Broadcast postponement due to COVID-19 pic.twitter.com/dGz01S1ywQ

“Thank you for your continued support of the NieR: Automata Ver1.1a TV anime,” the statement reads. “Due to the impact of COVID-19 on production, we have decided to postpone the airing of Episode 4 and all subsequent episodes.”

It also said that more details about the new schedule will be announced “soon” via the anime’s official website and Twitter account. At the same time, they apologized to the fans for the inconvenience.

“NieR: Automata Ver 1.1a” is an animated TV adaptation of the JRPG released in 2017, which focuses on 2B, 9S and A2. Given the few episodes available, it’s currently unclear how big the series’ deviations from the game will be; Yoko Taro had already emphasized that there will be such.

NieR: Automata is coming to the Switch, and of course that doesn’t come without a launch trailer.

PlayStation 5 Pro or Slim are on the way? It's unlikely, according to a well-known insider

This device may be slowing down your Wi-Fi network a lot!

My Hero Academia: mild_cosplay Himiko Toga cosplay is cuter than the original version