The SpellForce series will be continued again soon, because the spin-off Conquest of Eo is about to be published. The concrete release date on the PC was announced today. 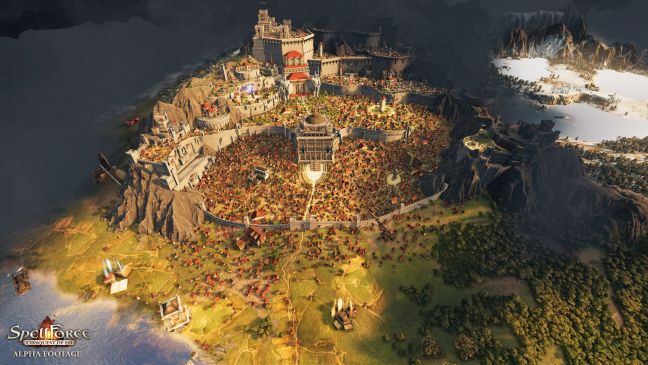 In a press release, THQ Nordic today confirmed the release date for the new SpellForce: Conquest of Eo. This is a new 4X strategy game that will also have role-playing elements, and it’s not long in coming.

For the PC, SpellForce: Conquest of Eo should be available from February 3, 2023, in just over a week. The game then wants to be characterized by the scope of content and a high replayability value.

According to official information, there are over 80 battlefields for turn-based combat, spread over 15 different landscape types. Over 100 different types of troops are waiting to be deployed, including dwarven axe-wielders, stone golems, orc shamans or majestic griffins. To make your armies even more powerful, you can have them led by one of 15 heroes or magic students. Over 700 quests have to be mastered and as a coming master of magic you have to research over 100 different spells in the magic book and use them strategically.

The scene of the new franchise part is the fantasy world Eo, which is full of treasures and resources and is inhabited by a number of peoples such as humans, elves, dwarves, orcs, goblins, but also by terrible monsters. There you can expect a completely new gaming experience compared to previous branches of the series, because there is a mixture of 4X strategy games and role-playing aspects. The tactical battles are carried out turn-based. Otherwise you’ll have to keep moving your mobile fortress, your magician’s tower – also because resources are finite.

Anyone who buys the new turn-based chapter in the SpellForce series before February 3, 2023 or up to a week later can secure a discount of 20 percent on the regular recommended price of 29.99 euros.

Google Search has secrets worth discovering!

Steam’s most downloaded games of the week have been announced!