Studio Supermassive Games announcedthat will not release The Dark Pictures: Switchback VR as scheduled on February 22. New project creators The Quarry and Until Dawn will appear on March 16, almost a month later than planned.

As the developers explained, it was very important for them to show their project to the first buyers of the new PlayStation VR2 virtual reality device. But the authors consider the quality of the game no less important.

Switchback VR is seen by developers as the studio’s most ambitious virtual reality project to date. It will take players through five vast worlds on thrilling rollercoaster routes based on the realities of the series. Dark Pictures. In the near future we are promised to show them in a gameplay trailer. 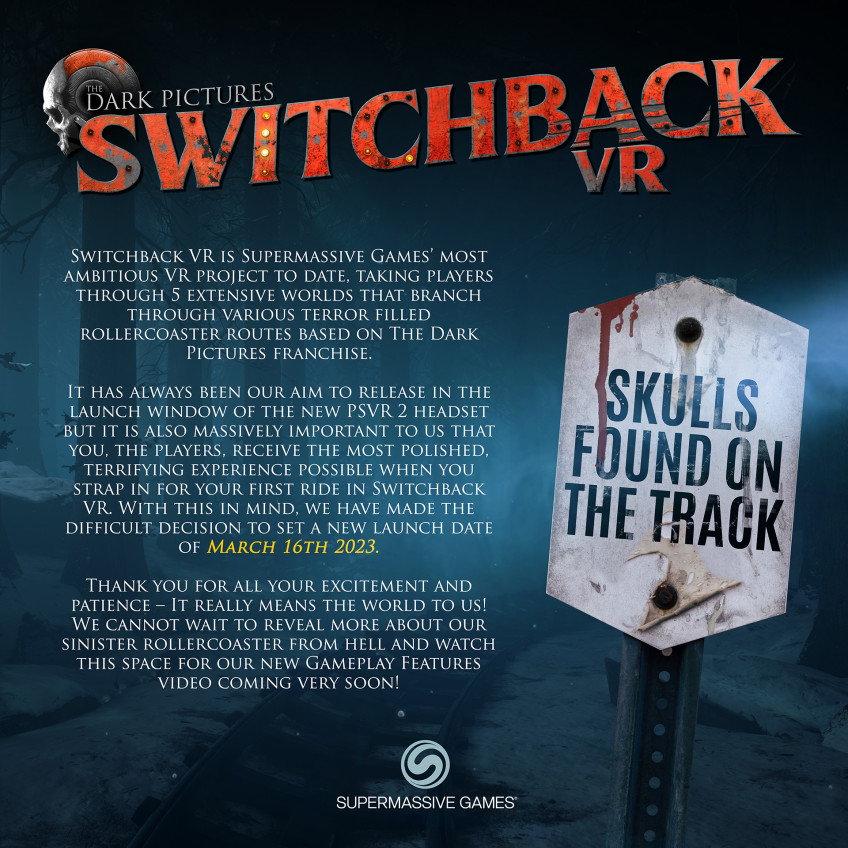 Forspoken would be unrecognizable from the original project

Aroged: Turkish President said that Sweden should no longer rely on Ankara's support for NATO membership

Apple surprises everyone with the most powerful MacBook Pro ever

Champion of Champions. Messi received recognition from an authoritative publication