The Last of Us: This happens at the start of the series

The series The Last of Us is only two episodes old and it is already being called perhaps the best video game adaptation of all time. And indeed, it’s amazing what the team and actors get out of the series. That’s also because The Last of Us takes its time in all the right places, as evidenced by the 80-minute opener When You’re Lost in the Dark. The first episode does a lot to establish the world and everyday life of main character Joel before he falls into chaos. He, his daughter and his brother Tommy just manage to escape from their neighbors, who appear to have turned into zombies, when a soldier fatally wounds his daughter. 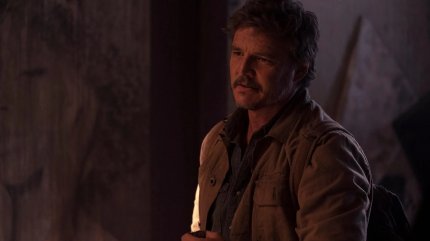 After the death of his daughter, Joel keeps his head above water with smaller jobs. Source: HBO / Sky As Joel soon learns, his fate is but one in a million as a global epidemic pushes humanity to the brink of extinction. 20 years later, civilization has collapsed and Joel makes ends meet with smuggling and other jobs. Along the way, he and his partner Tess meet young Ellie, who harbors a secret that could change everything.

The Last of Us: The Prehistory of the Apocalypse

One thing that makes the series different than the games is the prequel to the apocalypse. At least in episodes 1 and 2 there are small vignettes at the beginning that show the viewer how the world in which Joel and Ellie have to assert themselves could come about.

It is already evident in episode 1 that the catastrophe would have been easy to prevent if it had started earlier. When the fungus Cordyceps, which transforms its hosts into zombies, attacks its first victims in retrospect at the beginning of the second episode, it is actually too late. A fungus researcher is called to a corpse in Jakarta that appears to be infested with the fungus, having bitten several people just hours before. This worries the scientist extremely, because the fungus should not actually be able to be transmitted to humans. When asked if it’s possible to make an antidote to the infestation, she has only one answer: No – and the best thing would be to raze the entire city to the ground right now.

The Last of Us: Tess’ Opfer

The fact that the opening scene of Episode 2 – Infected – plays just 48 hours before Joel’s experiences in Episode 1 shows how hopeless the situation is there. If it weren’t for Ellie. She appears to be immune to the fungus because Joel and Tess discover that Ellie has been infected for quite some time and has not yet shown any signs of mutation. Joel and Tess decide to take Ellie to the Fireflies, a group of freedom fighters who originally had Ellie in custody. 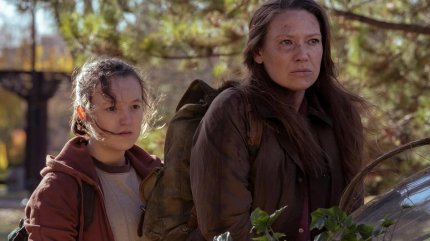 The Last of Us: Tess and Ellie. Source: HBO / Sky The path through the ruins is by no means as easy as expected. Joel, Tess and Ellie encounter a clicker, a zombie overgrown with cordyceps that uses hearing to track down its victims. They manage to take out the clickers, but find only more death and destruction at the Fireflies’ medical camp. What’s more, Tess got it too. She sacrifices herself to buy Joel and Ellie as much time as possible, and makes Joel promise to keep taking care of Ellie.

The Last of Us inspires viewers, but the success also extends to the gaming market: the sales of the game are increasing!

Best Video Game Adaptation? Uwe Boll has favorites (not The Last of Us)

When it comes to the question of the best video game adaptation, director and producer Uwe Boll has a very personal favourite.

What a good series! At least that’s the impression left by the first two episodes of The Last of Us (buy now). Because the series creates something that only very few video game adaptations can do and is equally interesting for fans of the games and viewers who know nothing about the titles. And that, although the story really sticks very closely to the template. Some of the dialogues are even taken from the game one to one. But the team also knows when things have to be designed in a different way. This provides variety for everyone who already knows the plot and makes it easier for newcomers to follow the story. Then there are the good actors, above all, of course, Pedro Pascal as Joel and Bella Ramsey as Ellie. We look forward to Episode 3!

OFFICIALLY. Dnipro-1 signed a left-back who played at the 2022 World Cup

Dolphin, the GameCube and Wii emulator, is now available as a standalone Xbox app