Will he go to Ronaldo? Messi does not want to renew his contract with PSG. Named reason 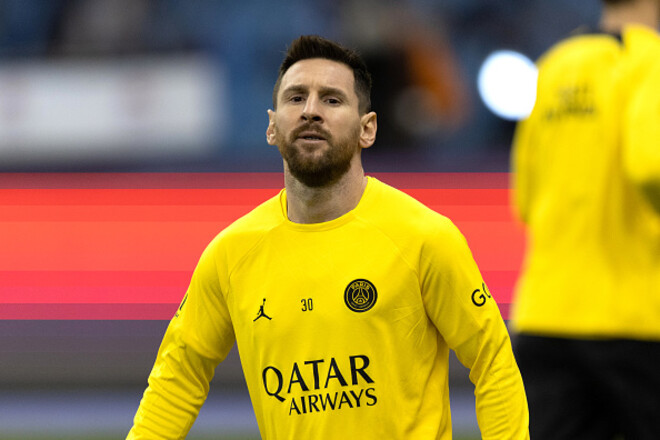 Star Argentine striker of the French football club “PSG” Lionel Messi changed his mind about renewing the contract with the team.

It is reported that Messi does not want to sign a new agreement with the French giant.

Earlier there was information that Leo is determined to continue his career at PSG, however Argentina’s victory at the 2022 World Cup in Qatar forced Messi to change his mind.

The current contract of the Argentinean with PSG is valid until the end of the current season.

Interestingly, earlier there was information about the interest of Saudi clubs in the eminent player. Some teams even offer Messi a salary that will be more than Cristiano Ronaldo. Cristiano, by the way, plays in the Saudi Arabian championship for Al-Nasr.

Messi has scored 13 goals and provided 14 assists in 21 matches for PSG this season.

We count that TODAY, January 23, TODAY.

Leo Messi has no intention of renewing his contract with PSG.

The World Cup victory made him change the thinking of the Argentine. https://t.co/3KVGW55406 pic.twitter.com/r5U7e1cMf5

Wednesday: Accused of sexual assault, this actor could be replaced in the series

Citilink: the share of Chinese brands among all laptop sales reached 25%

Geforce RTX 4080: First indications of a surcharge for custom models