WoW Patch 10.0.5: Guardian Transmog via Trading Post? This works out!

01/23/2023 at 13:30 by Sara Petzold – In WoW patch 10.0.5 you can unlock two very special transmog sets, namely the ensembles of the sun and moon night elf guardian. You can only get this special armor from the trading post – and we’ll tell you what you have to do for it.

One of the big features of WoW patch 10.0.5 will be the trading post, where you can earn tons of new transmog gear. Special highlights will be – as has now emerged on the test server for the update – two special ensembles of night elf guardians. We will now explain how you get these sets.

12 months of work for a transmog set?

The two sets were spotted on the test server by WoWHead dataminers some time ago, but it’s only now known that you can obtain them from the trading post. Specifically, these are the sets of the sun and moon guards, which are based on the outfit of Maiev Schattensang and the other guards who played a prominent role in WoW (buy now): Legion.

The WoW developers gave in to the urge from the community and revised the thundering affix with a hotfix.

WoW: Extended maintenance work for patch 10.0.5 – that’s how long you have to wait

Patch 10.0.5 of WoW: Dragonflight will be launched on January 25th, 2023. However, the servers will be online a little later than usual.

The two sets look extremely chic, but you will also need to invest quite a bit of time before you can get the outfits. Because the WoW developers have added a new achievement on the PTR, where you get the “Ensemble: Burden of Unrelenting Justice” as a reward. Because this ensemble has a Warden Helm icon in the tooltip, the dataminers assume the ensemble includes one or both of the two Warden sets. 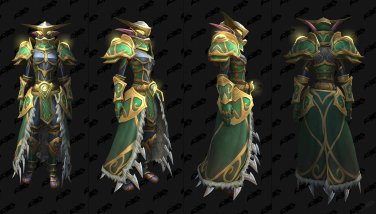 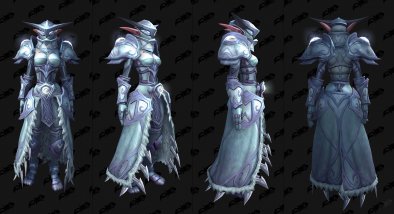 The Trading Post Enthusiast achievement, for which you can obtain the ensemble, requires you to collect the Trading Post’s monthly reward 12 times. So you have to fill the progress bar of the trading post to 100 percent for twelve months and earn the corresponding reward. The tooltip of the achievement only says that you have to receive this reward twelve times.

So it may well be that you don’t have to fill the bar twelve months in a row, but can also take a break in between. Blizzard has not yet officially confirmed this. It is also open whether you get both or just one of the sets for success. You may also receive an outfit in a different way – if we know more about it, we will inform you promptly.

The sales are over: here is the TOP 7 of the best offers still available

Google Maps: no need to unlock the smartphone to follow a route

This Xiaomi smartphone sold more than the brand expected

Hogwarts Legacy: details on the different types of quests revealed by the official art book

Here are the groups for the eSerie A TIM 2022/23: watch out for Juventus and Monza!