2K today announced that WWE 2K23, the latest installment in the WWE video game series developed by Visual Concepts, is coming soon to PlayStation 4|5, Xbox Series X|S, Xbox One and PC via Steam.

Celebrating 20 years as a WWE Superstar, 16-time World Champion John Cena, Hollywood legend, record-setting philanthropist and WWE 2K23 Executive Soundtrack Producer, graces the cover of all editions of the game with three of his signature poses.

Globally renowned musical prodigy Bad Bunny—Billboard’s top artist of the year and one of the world’s most-streamed artists of 2022—also makes his debut in WWE 2K.

WWE 2K23 features various enhancements to the series, including a unique new twist on the 2K Showcase, the WWE 2K introduction of fan-favorite WarGames, and expansions for several popular game modes.

The WWE 2K23 Deluxe Edition and Icon Edition are scheduled to release in Early Access worldwide on Tuesday, March 14, 2023, followed by the Standard Edition and Cross-Gen on Friday, March 17, 2023.

John Cena: said, “I’m thrilled to be able to tell the story of my career in the WWE 2K23 Showcase. 2K has done a fantastic job of bringing the WWE 2K series to even more life with this concept and I am honored to be on the cover of WWE 2K23.”

Greg Thomas, President of Visual Concepts: “Like our cover star, John Cena, the Visual Concepts team did not shrink from the challenge and proved that the quality of WWE 2K cannot be beat. WWE 2K23 adds so much more to the winning concept of the series. We’re particularly excited to see how fans react to 2K Showcase and WarGames.”

2K Showcase mit John Cena: Defeating John Cena in the ring is an achievement few Superstars can boast of. In an unprecedented new twist on 2K Showcase, players can step into the boots of some of Cena’s toughest competitors with one goal in mind: defeat the man who “never gives up.” In the interactive sports-entertainment documentary, Cena personally narrates his 20-year WWE career using 2K’s unique Slingshot technique, which seamlessly transitions between gameplay and live-action footage to bring the pivotal moments of each match to life to awaken.
WarGames: Fan-favorite, chaotic and action-packed WarGames make their debut in WWE 2K23, bringing heart-pounding 3v3 and 4v4 action for solo players or in multiplayer mayhem in two side-by-side rings surrounded by a double steel cage are.
My GM: Now there are more GMs to choose from – but you can also create your own GM – plus more show options, multiple seasons, expanded match maps and more match types for up to four players: inside. Build a roster, manage budgets, sign free agents, choose from different match types, arena locations, production elements and more – all with the goal of outperforming a GM rival in weekly ratings contests.
My FACTION: Now featuring online multiplayer action, the team building mode returns, where players collect a roster of WWE Superstars and Legends to create their ultimate team of four. Players can now fight for global dominance with their faction online or in the Weekly Towers and Faction Wars. New themed map packs and objectives are constantly being released throughout the year.
My story: Rising Superstars can step through the curtain onto the stage in My Story, make their WWE debut and make decisions that will impact the course of their careers. With individual storylines for the Men’s Division and Women’s Division and the ability to import custom Superstars, players will take a journey from humble beginnings as a rookie to becoming an immortal WWE Legend.
Universe: The ultimate WWE Universe sandbox puts players in charge of their own version of WWE, from Superstar Rosters, Feuds, Champions to weekly shows and Premium Live Events! Updates to Universe include an overhauled story system and more.
Creation Suite: One of the most iconic features of the WWE 2K franchise, the Creation Suite, returns with cross-platform community works. There is also the ability to design your own Superstars, GMs, Arenas, Entrances, Move Sets, Championships and more. The custom arenas are now playable online; the customization options have been expanded for self-created entrances. 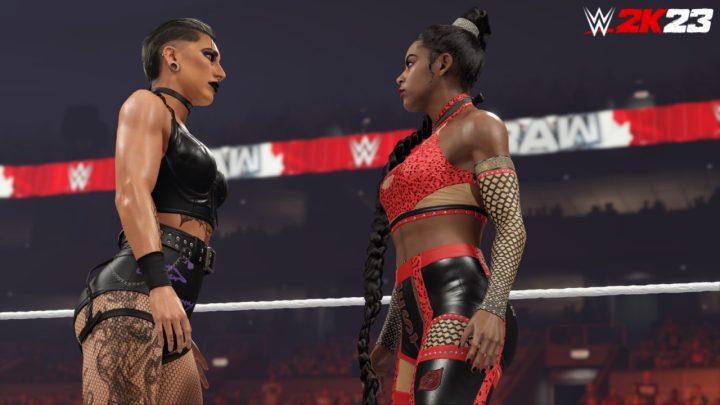 Die Standard Edition Will be available both physically and digitally on previous-gen platforms (PS4, Xbox One) and PC for €59.99 and current-gen consoles (PS5 and Xbox Series X|S) for €69.99 to be available.

Die Cross-Gen Edition will be available digitally for PlayStation and Xbox consoles at €74.99. It includes the Standard Edition for both old and current console generations within the same console family and for the same PlayStation or Xbox account.

Die Deluxe Edition Priced at €99.99, it will be available both physically and digitally for PS4, PS5, Xbox Series X|S and Xbox One, and digitally for PC. It includes the Standard Edition as well as the Bad Bunny Bonus Pack plus a Season Pass for all five post-launch DLC content packs, the MyRISE Mega Boost and SuperCharger; the Ruby John Cena My FACTOR Evo Card, Gold Edge My FACTOR, Emerald Bianca Belair My FACTOR, Gold Asuka My FACTOR, and three Basic Premium Launch My FACTOR cards. The Deluxe Edition will be available from March 14, 2023 – three days before the Standard and Cross-Gen Editions!

In addition to the Standard Edition and all of the Deluxe Edition bonus content, the Icon Edition includes the Ruthless Aggression Pack, which celebrates John Cena’s 20-year WWE career with his early “Prototype” character, and “Leviathan” Batista, developmental rookie Versions of Brock Lesnar and Randy Orton and the ‘John Cena Legacy Championship’ and WrestleMania 22. 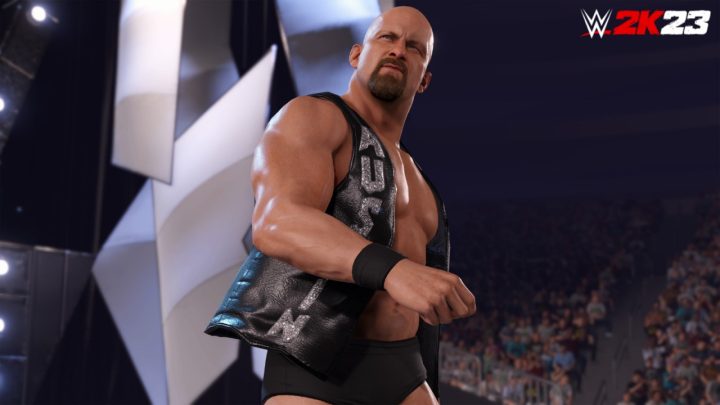 Tonight’s Monday Night Raw viewers can catch the premiere of the Even Stronger Showcase Trailer for more details and a look ahead to WWE 2K23 gameplay.

SanDisk Promo: A 128 GB Micro-SD for less than €20 for your Smartphone or Switch console!

Fantasy strategy SpellForce: Conquest of Eo with elements of "Civilization" and "Heroes of Might and Magic" received a release date - not long to wait

Forspoken: Digital Foundry's video analysis shows the lights and shadows of the game on PS5

Atomic Heart: Four of the deadly robots featured in the new video

Shares of Virgin Orbit plunged after rocket crash in Europe