Also next Galaxy device will use Snapdragon chip – Aroged 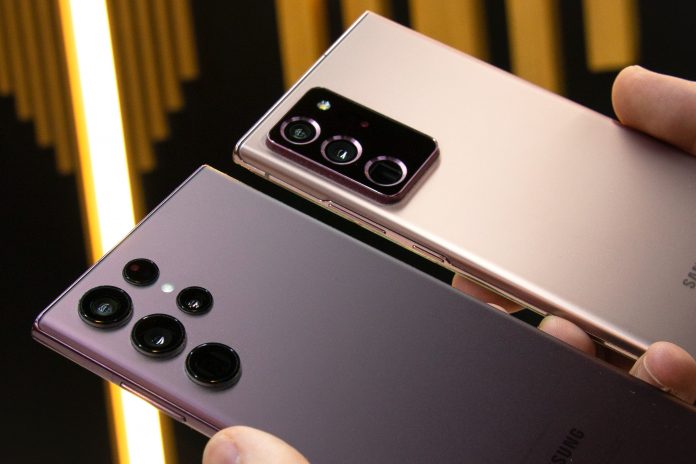 Samsung has doubts about the internals of their phones. The next generation of Galaxy’s will also continue to integrate Snapdragon chips.

At Samsung, they have been doubting the performance of their own Exynos chipsets for some time. It was previously known that the chipset would not see the inside of the Galaxy S23 in any case. Instead, Samsung uses Qualcomm’s Snapdragon 8 Gen 2, albeit in a slightly different configuration than we normally see the chip in.

The problems with Exynos chipsets have been around for a while. Devices with the Samsung chip built in often had problems with range and ran into difficulties if they had to process difficult tasks for a long period of time. As a result, the battery life of the Samsung smartphones often left much to be desired and the Korean smartphones lagged behind other models.

That won’t be the case for much longer. Samsung uses a special version of the Snapdragon 8 Gen 2 for the S23. With quite a mouthful, Samsung indicates that the chip was specially tailored to their devices: “Snapdragon 8 Gen 2 Mobile Platform for Galaxy”. It also looks like Samsung wants to integrate the Snapdragon platform in subsequent models as well. Or at least, the Korean technology giant would like to do that until it has its own chip production in order and can offer similar performance as Qualcomm chips do. At least that’s what Yogesh Brar claims on Twitter.

Samsung recently made some changes to the internal structure. In doing so, the team that produces the Exynos chipsets was disbanded and a new project was created. That should yield a chip that is strong enough to power the Galaxy S25 by 2025.

Until that chip is ready, it looks like Samsung will continue to use configured Snapdragon chips. As a user, you will not immediately notice much of this: your Samsung device will continue to work as it should, possibly even slightly better thanks to the new Qualcomm chip. Once Samsung enters the market with its own chip, a jump in performance will probably be noticeable.

iRobot Roomba i5: this robot vacuum cleaner is 30% off for the winter sales

Aroged: Mass media: the USA offered Russia the termination of NVO in exchange for the already lost territory of Ukraine

WoW, Overwatch, Diablo, and other Blizzard games shut down for Chinese players

Incredibly successful: Avatar 2 even gets the Avengers wet