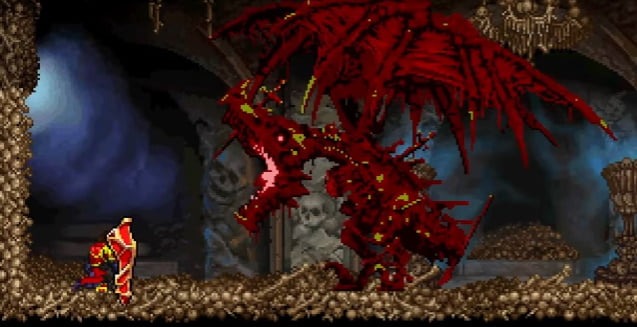 Do you hear Castlevania series organs? While we wait for Konami to make a move to resurrect it, you can play a Castlevania Chronicles II Simon’s Quest for PC by Warmachine Studios. It is a remake made “by fans for fans”, as the developers are keen to point out, of Castlevania II: Simon’s Quest for NES. Of course it is free to download.

Below you can also see the launch trailerwhich shows a very impressive work (considering that the author will receive nothing but glory as a prize… as long as Konami doesn’t block his game).

Between characteristics the most relevant of the game are to be reported: the addition of a usable currency for power-ups (so you no longer need to use hearts); completely revised levels, all with their own bosses; adding a load and save game system instead of using passwords (which no longer exist); new secondary weapons, with the return of the ax and cross; support for controllers compatible with Xbox drivers; world map; soundtrack remixed; FMV cutscenes; multiple endings and more.

In short, play it, because it’s worth it (and you don’t pay anything to do it).

Ubisoft, would the future of some IPs hang in the balance following cost cutting?

Babylon’s Fall, a Playstation console exclusive, has become something that can’t be fixed with an apology

Alien Isolation 2 and a Dead Space-inspired Triple A in development, for Tom Henderson