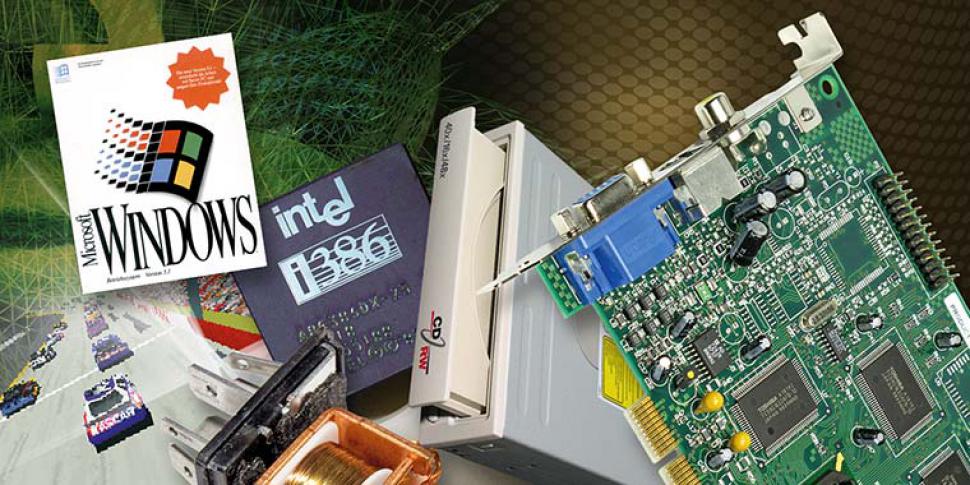 01/25/2023 at 00:01 by Henner Schröder – Perhaps the first video game and the SQL worm Slammer – that happened on January 25th. Every day, PC Games Hardware takes a look back at the young but eventful history of the computer.

…1947: The “Cathode Ray Amusement Device” (CRAD) is patented on January 25, 1947 by Thomas T. Goldsmith Jr. and Estle Ray Mann – a simple “computer” made up of eight vacuum tubes with only one function has: a game in which the player steers a missile (represented by a dot on a CRT monitor) into painted targets. The machine is nothing more than a fixed array of circuits and is not programmable, so it is not considered a computer – yet it comes close to being the first video game.

…2003: On January 25, 2003, within fifteen minutes, a worm brings the Internet to a standstill: SQL slammer, a simple UDP data packet, exploits a gap in Microsoft’s SQL server to multiply extremely quickly – hundreds of times faster than any Internet worm before it. Each infected server sends millions of copies to randomly selected addresses; Soon large parts of the network will fail, websites will no longer be accessible, entire regions without Internet access, in South Korea Slammer even paralyzes the mobile phone network, and in Ohio the security system of a nuclear power plant fails for hours. The irony is that Microsoft had patched the security hole half a year earlier – the patch is just not installed on most servers.

Sporting made it to the final of the Portuguese League Cup. Queue - for Porto