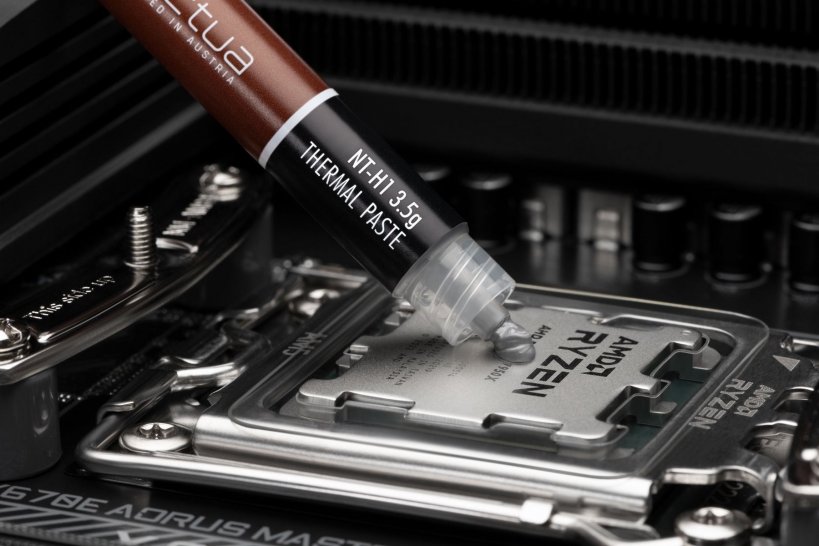 January 24th, 2023 at 6:21 p.m. by Maurice Riebling – In recurring experiments, toothpaste is often used as a substitute for thermal paste, but it is not necessarily the best alternative. Ketchup, for example, gives better results.

Manufacturers of thermal paste and thermal pads are constantly advertising innovative new ways of transferring waste heat to heat sinks. However, all sorts of food, hygiene products and cosmetics have always had to serve as inexpensive alternatives for inventors who are keen to experiment.

A current and humorous comparison comes from the Computerbase.de community forum. There, the user “AssassinWarlord” actually only wanted to test his hodgepodge of thermal pads and pastes, but while he was there, he also resorted to various alternatives. The result: Toothpaste and tomato ketchup were particularly effective, while cheese was the least suitable. PCGH had already undertaken a similar test in 2009. At that time we tested how suitable the CPU cooling with ketchup, Nivea cream and Co. as heat conduction.

It should be mentioned in advance that such experiments are not necessarily recommended for imitation if you do not want to risk the component dying prematurely. An older Radeon R7 240, which only has a low TDP of 30 watts, was used for the comparison of AssassinWarlord. To bring the GPU up to temperature, Furmark was run for 5 minutes each time. In order to shorten the test duration, the originally installed passive cooler had to give way to a design with a fan that was configured with a fixed speed in order to deliver comparable results.

The previously mentioned toothpaste, tomato ketchup and cheese served as alternative test subjects to branded products from Arctic, Alphacool, Thermalgrizzly and EKWB, among others. Added to this were, among other things, a thin slice of potato, Penaten cream, copper tape and copper paste.

During the tests, the Radeon R7 240 saw the temperature limit of 105 degrees Celsius more often. According to the chart, however, it was almost exclusively a temperature-related throttling. The frugal graphics card only switched off in the case of a double-sided heat-conducting adhesive pad with aluminum. In the category of alternatives to thermal paste and pads, ketchup showed the best result with 71 degrees Celsius. With the well-tried toothpaste, the temperature climbed to 90 degrees Celsius. Potatoes and cheese caused the greatest cleaning effort. While the potato (hard-boiling) only roasts comfortably and loses water and starch, the cheese melts completely and its liquefied components are distributed over the entire GPU package. Anyone who would like to take a look at the rather greasy result as well as the other recordings of the experiments can find them in the Computerbase.de community forum. There is also the detailed table and bar charts of the curious reader test.

It’s confirmed, the Nothing phone (2) is coming this year with a surprise

Xiaomi continues to bet on innovation. It’s the focus!

Hogwarts Legacy: Our 25 minute gameplay video reveals the Castle, the battles and more