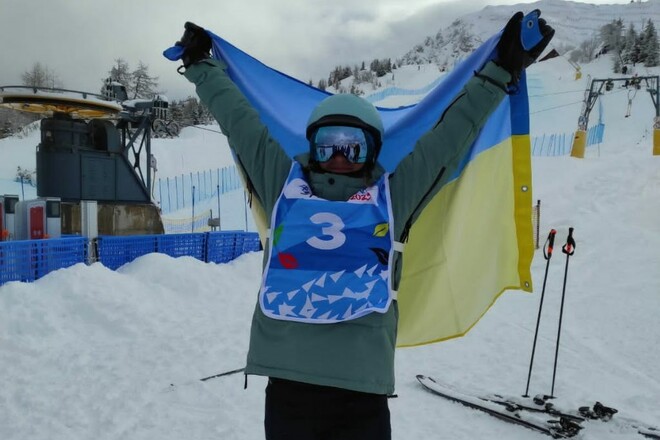 Young freestyler of the national team of Ukraine Natalya Kazyuk became the bronze medalist of the XVI Winter European Youth Olympic Festival 2023, which takes place in the Italian region of Friuli – Venezia Giulia.

On the track in Ravascletto, a 16-year-old athlete from Ivano-Frankivsk region, performing in the big-air discipline, successfully overcame the preliminary stage of the competition the day before and reached the final with 4th place.

Today, January 24, having improved her result, the pupil of Yuriy Dosov brought Ukraine a bronze medal of the EYOF-2023.

At the arena in Pontebba, representatives of the short track completed their performances. Vladimir Melnik remained in thousandths of seconds from the award in the short track.

Competing at a distance of 1000 m, the 15-year-old Kharkiv resident, whose home rink was damaged by enemy shelling, successfully overcame the preliminary stage, quarter-finals, semi-finals and qualified for the A final. And there he lost only 0.055 seconds in the fight for bronze to Franco Tekam from France.

4th place by Vladimir Melnyk was the best result for the representatives of Ukraine in short track at the EYOF-2023.

🇺🇦⛷🥉 Ukrainian Nataliya Kazyuk wrote her name in the history of the winter EUOF today, winning bronze in freestyle, the competition of which was held for the first time at the most prestigious youth multisport forum of the continent.

🇺🇦⛸EUOF 2023: Volodymyr Melnyk within thousandths of a second from the award in short track

Chrome: how to save images in any format

Clever washing machine trick: why you should put tennis balls in the drum