Fury’s father: Usyk has no chance against Tyson 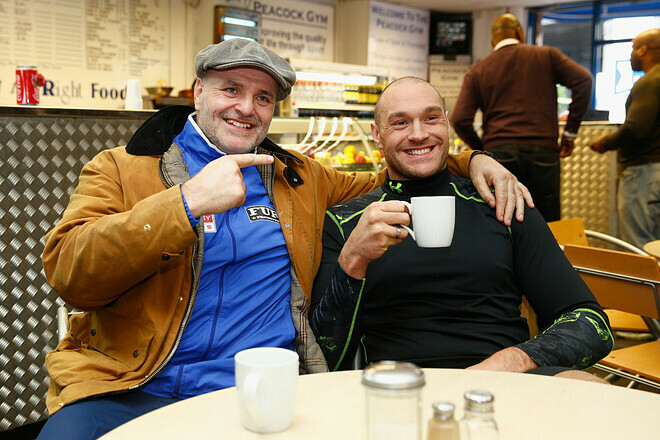 John Furythe father of WBC heavyweight belt holder Tyson Fury (33-0-1, 24 KOs) is sure that his son will defeat WBA, WBO and IBF champion Oleksandr Usyk (20-0, 13 KOs) without any problems.

“Tyson is one of the greatest boxers. He doesn’t need to defeat an overgrown rabbit to get there. Honestly, this is a mismatch. I saw sausages bigger than Usyk.

Tyson is already a great boxer. He defeated Deontay Wilder, Wladimir Klitschko and all the other top fighters. He is undefeated in 33 fights, no one even comes close to defeating him. I answer you that no one has a chance to defeat him. I’ve seen all these boxers and Tyson can beat them halfway. You need to be over two meters tall, 127 kilograms of muscle and a heart as big as your body. If you don’t have that, then don’t mess with the Gypsy King.

Usyk is a good technician, a good little boxer, but Tyson is a good big boxer who can do everything better than him. When it all comes down to it, it becomes a one-sided fight. I saw enough in Usyk’s fights with Anthony Joshua to understand that he has no chance against Tyson, ”said Fury Sr.

Earlier, Bob Arum said that Usyk and Fury will receive record fees in the history of boxing.

There is a Harry Potter easter egg in COD Modern Warfare II, have you found it?

The story strategy The Pegasus Expedition is out in early access