Surprise overnight began on preload of the Xbox Series X|S version of Hogwarts Legacy according to the reports of some users. This also allows us to know the total size of the game: 76,67 GB.

Keep in mind that there are still more than two weeks left until the game’s official launch in stores, set for February 10th on PS5 and Xbox Series X|S, with early access on February 7 for purchasers of the physical or digital Deluxe Edition. As a result, Avalanche Software could publish one or more updates between now and day-one which could further increase the total size of Hogwarts Legacy. 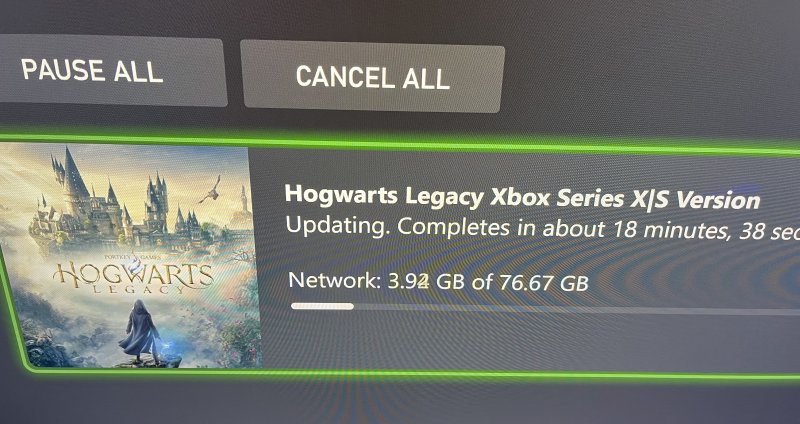 The reports on the net for the moment confirm the start of the preload solo su Xbox Series X|S, while everything is silent on the PS5 front. Usually on the Sony console the advance download of the game files is available 48 hours before the release date, so perhaps we will have to wait at least until February 5, 2023. Nothing to do instead for PC players, given that, as confirmed by the official support, there are currently no plans to preload Hogwarts Legacy on Steam and the Epic Games Store.

Hogwarts Legacy will also be available on PS4 and Xbox One, but only from April 4th. While for the Nintendo Switch version it will be necessary to wait until July 25th. Just yesterday we saw the Italian version of the cinematic trailer “L’Invito”.

Steambots in the Mine: City-Building Simulator SteamWorld Build Announced

Amazon sales: less than €90 for this 100% wireless surveillance camera

Vote for the game with the best graphics of 2022