League of Legends is one of the longest-running successful titles on the market, which is still extremely popular. The title and the spin-off Teamfight Tactics have now been the target of a hacker attack – and this has even resulted in ransom demands from the developer Riot Games. 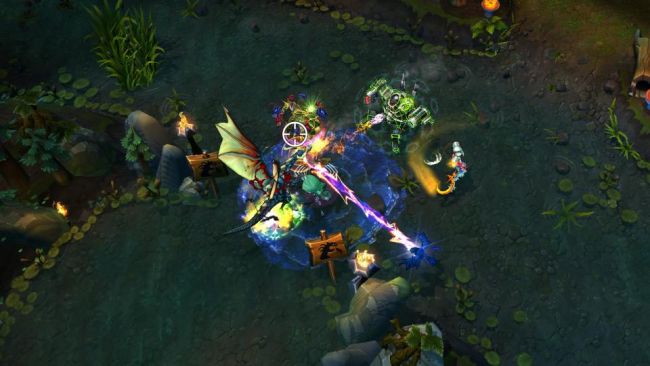 Riot Games was the victim of a major hacker attack with its hit titles League of Legends and Teamfight Tactics. While the company insists that user data was unaffected and is safe, there are difficulties at a whole other level in this context.

The hacker apparently got hold of the source code for League of Legends, Teamfight Tactics and also the company’s anti-cheat platform, so he could now sell it on the black market and thus also enable new cheats, which will disrupt the further operation of the games in the long term.

To prevent this, Riot Games has now demanded the payment of a ransom to recover the source code; the developer has now made this public himself via Twitter. In the articles, however, the company also confirms that it will not even respond to these demands.

As promised, we wanted to update you on the status of last week’s cyber attack. Over the weekend, our analysis confirmed source code for League, TFT, and a legacy anticheat platform were exfiltrated by the attackers.

Meanwhile, the release of new content for League of Legends and Teamfight Tactics has been put on hold for the time being to keep the systems secure. Another hotfix is ​​to be implemented later in the week; after that, regular patches will follow again. Fresh content for both titles, which was actually planned earlier, will initially be postponed to February 8, 2023.

No player data or personal information was compromised in the attack. However, experimental features were implemented in the source code, which the company didn’t really want to go into yet. This also includes prototypes that may ultimately not appear at all – but could still become public. Incidentally, Riot Games initially did not want to go into detail about the attacks, but promised to publish a detailed report at a later date.

Vodafone raises prices in Portugal and leaves a message to customers

Marvel’s Guardians of the Galaxy: the price of the game drops to 14.98 euros