, Bandung – Tencent has just revealed its newest MMORPG game entitled Tarisland through its first trailer. Not long ago the trailer was released, netizens noticed that the game had similarities to World of Warcraft. As a result, the iconic MMORPG fan made by Blizzard accused Tencent of plagiarism.

For loyal WoW players, it’s easy to see the similarities in the first trailer for Tencent’s MMORPG game. Both of them use a cartoonish art style and several other details. One of them is the existence of classes such as paladin and mage.

Visually, netizens find the details very similar to World of Warcraft. The opening scene of the trailer alone is reminiscent of the Dark Portal in The Burning Crusade expansion. There is also a scene where a dragon lands in a city, similar to the cinematic expansion trailer for Cataclysm. In fact, Tarisland seems to feature dragonriding, a similar feature to World of Warcraft’s latest expansion, Dragonflight.

Netizens Criticize Tencent Have Done Plagiarism, Has Blizzard Been Noticed?

Tencent’s latest game caught the attention of MrGM, a Twitch streamer and eSports caster. He considered that Tarisman was very reminiscent of a game, indirectly referring to World of Warcraft. 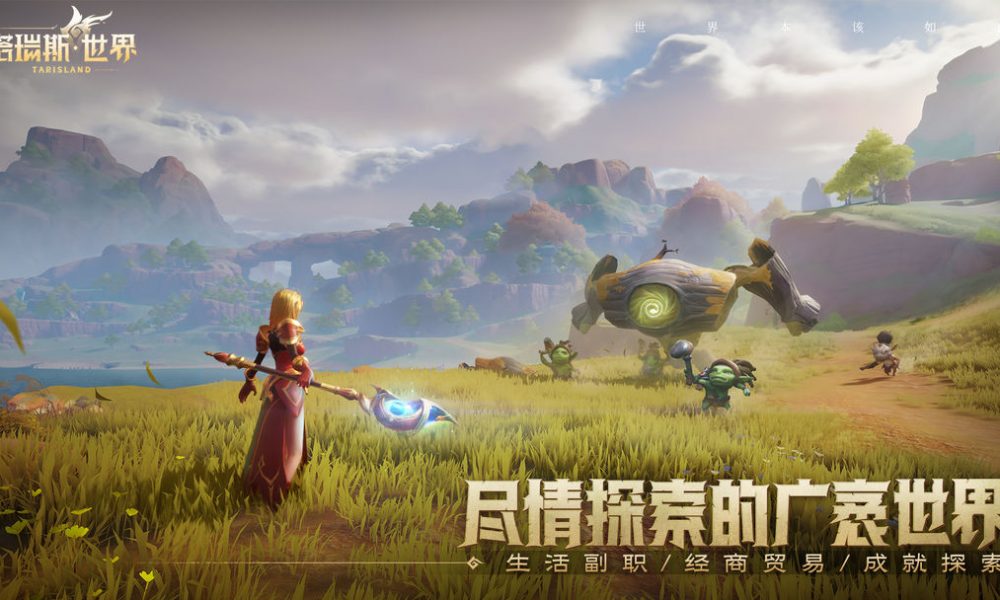 Tarisland was accused of being very similar to World of Warcraft

The tweet caught the attention of netizens, especially loyal players and World of Warcraft content creators. They got flooded subreddit WoW and accused Tencent of loud plagiarism.

In fact, MrGM’s tweet also caught the attention of Chris Metzen, one of the creators of World of Warcraft. Gamespot noted that Metzen returned to work at Blizzard as a creative adviser for WoW after retiring in 2016.

It’s not yet known whether Blizzard will file a lawsuit over this. Actually, accusations of plagiarism on games from Chinese studios are nothing new. For example, Mobile Legends: Bang Bang was sued by Riot Games because of its resemblance to League of Legends. Riot Games then sued NetEase’s Hyper Front for alleged Valorant plagiarism.

Meanwhile, Blizzard games, including World of Warcraft and Overwatch, will no longer be playable in China as of January 23, 2023. NetEase as the publisher in China has decided not to renew the contract after 14 years of partnership.

Will Activision Blizzard decide to take this plagiarism case to court? Tencent itself said that Tarisland will be released on PC and mobile.

Thanks to The Boys, Amazon Prime is gaining ground on Netflix. But the path to the top 1 is still very long

The second episode of The Last of Us was watched by 5.7 million viewers