The US National Aeronautics and Space Administration (NASA) and the Defense Advanced Research Projects Agency (DARPA) announced on Tuesday that they have collaborated to build and launch a nuclear-powered vehicle into orbit by 2027. 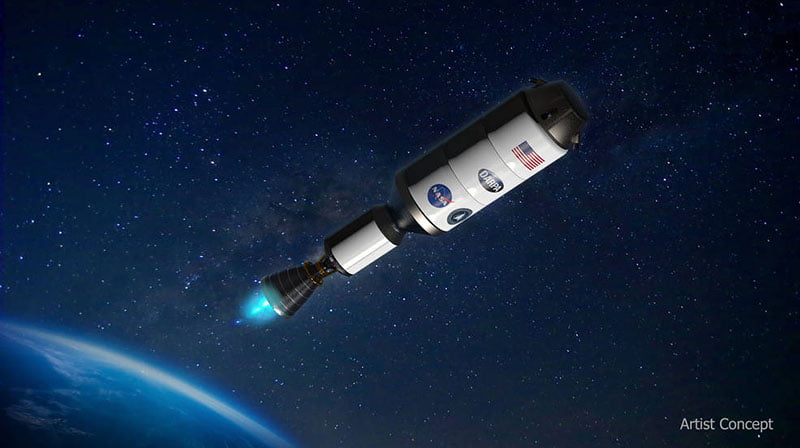 Under the agreement, NASA will join DARPA’s Demonstration Rocket for Agile Cislunar Operations (DRACO) program, launched in 2021 to develop a nuclear thermal engine for a space rocket.

“NASA will work with our longtime partner DARPA to create and demonstrate advanced nuclear thermal propulsion technology as early as 2027. With the new technology, astronauts will be able to travel to deep space and return faster than ever, which is an important factor in preparing for manned missions to Mars,” said NASA Director Bill Nelson during a presentation at the Science and Technology Forum and Exhibition of the American Institute of Aeronautics and Astronautics (AIAA) 2023, which took place in the National Harbor (Maryland, USA).

As noted in a NASA press release, spacecraft with a nuclear thermal power plant will reduce the duration of the flight, reducing the risks for astronauts during long missions, such as manned flights to Mars. Longer flights require more supplies to be transported and more reliable systems to be used.

New, more efficient transportation technologies will help NASA carry out lunar and Martian missions. Thanks to more powerful nuclear engines, it will be possible to carry more payloads for scientific research on board the ship and use more powerful instruments and communications.

Nuclear thermal propulsion (NTP) has been reported to be three or more times more efficient than conventional chemical propulsion.

NASA and DARPA have published an interagency agreement that defines the roles and responsibilities of each of the parties. Under the agreement, NASA’s Space Technology Mission Directorate (STMD) will lead the technical development of a nuclear thermal engine for the DARPA experimental spacecraft. The customer for the development of the entire stage and engine, including the reactor, is DARPA, which will lead the overall program, including the integration and procurement of rocket systems, approvals, planning, ensuring safety and responsibility, as well as the overall assembly and integration of the engine with the spacecraft.

Aroged: The authors of Warhammer 40,000 Darktide promised to improve the game over the coming months

Metro Exodus released a set of tools for creating modifications

Microsoft is testing the split-screen function in Edge

Gaming News – The new releases of the week (KW50)