Sony OLED TV A90K 42” – What to say about a manufacturer that knows what it’s doing in the world of TVs, and that also dominates the world of consoles with its PlayStation ecosystem? Well, if you want a quality TV to play games with, you don’t have to go very far!

Today we are going to talk about the 42” Sony OLED TV A90K, which serves both as a TV for streaming 4K multimedia content, as a luxury TV to connect your PlayStation 5, and if you want, also as a monitor for your high-end PC. It’s a TV capable of doing everything, and in fact, capable of doing everything well. Something curious, because this is not even the top-of-the-range TV from the Japanese giant Sony!

Having said all of this, let’s try to understand what this 42” TV is worth, trying to do everything at the same time? 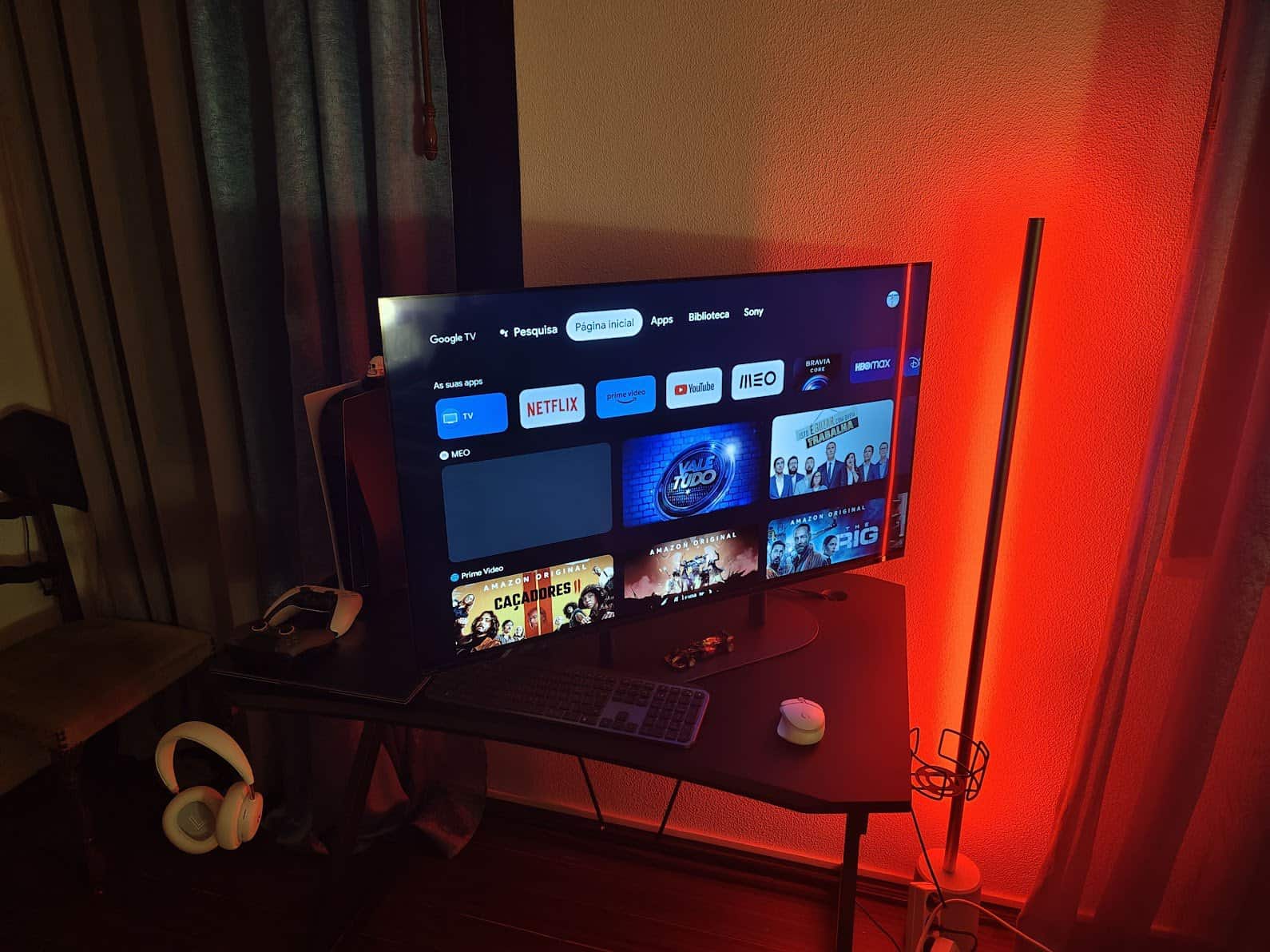 Therefore, this TV is available in a size of 42”, as well as a size of 48”, being a different model from what we are used to in the world of TVs, because here, Sony has a different focus.

That is, this type of TV was not developed and launched for the type of consumer who wants to watch series, movies, and the occasional weekend football game. None of that! This Sony OLED A90K was made with console and PC gamers in mind.

By the way, this TV is part of the “Perfect for PS5” series, and for that very reason, it brings some very interesting features that will come in handy while playing, such as Auto HDR Tone Mapping, and Auto Genre Picture Mode.

But let’s go by parts, to try to understand what we have at hand. 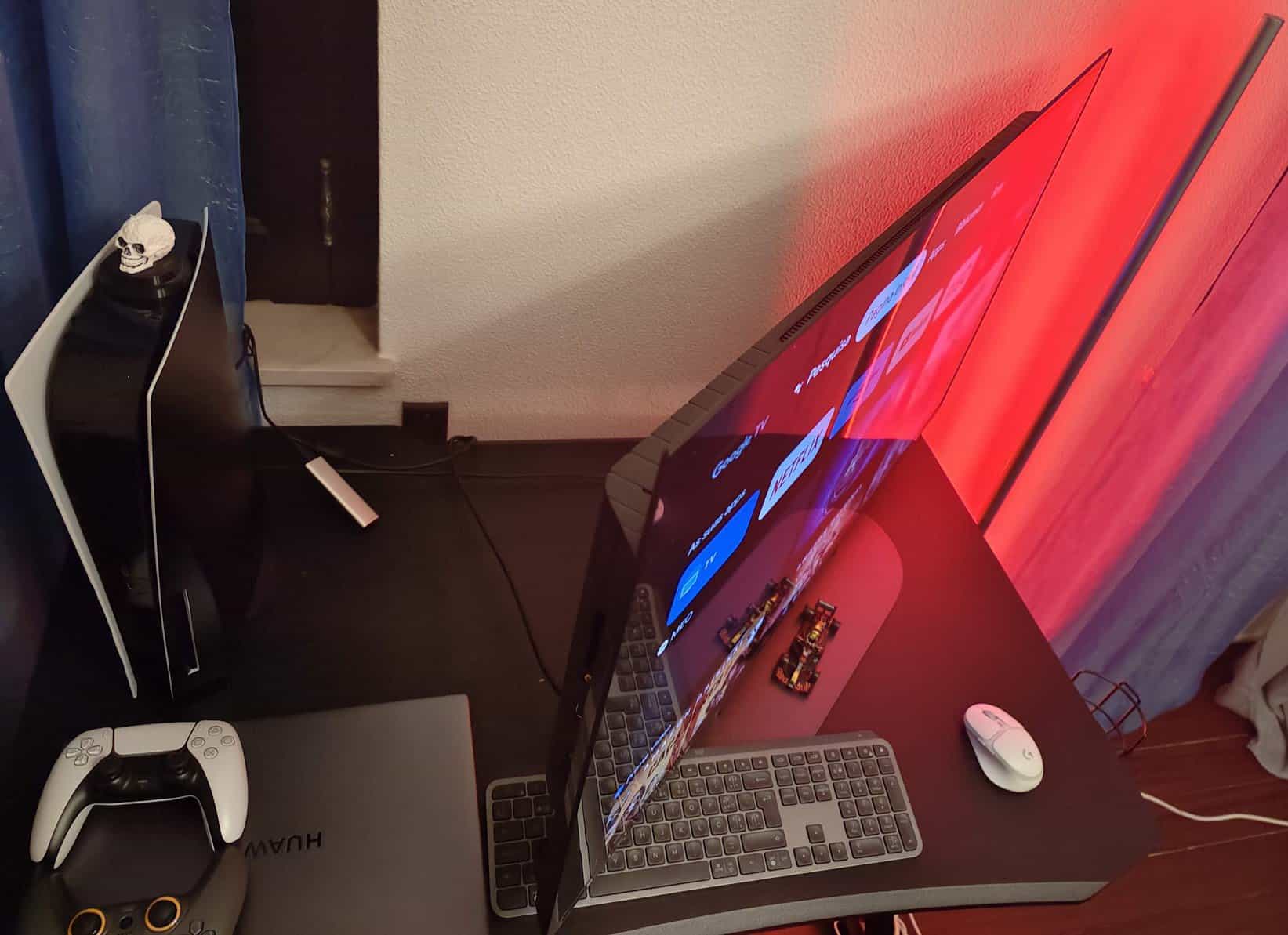 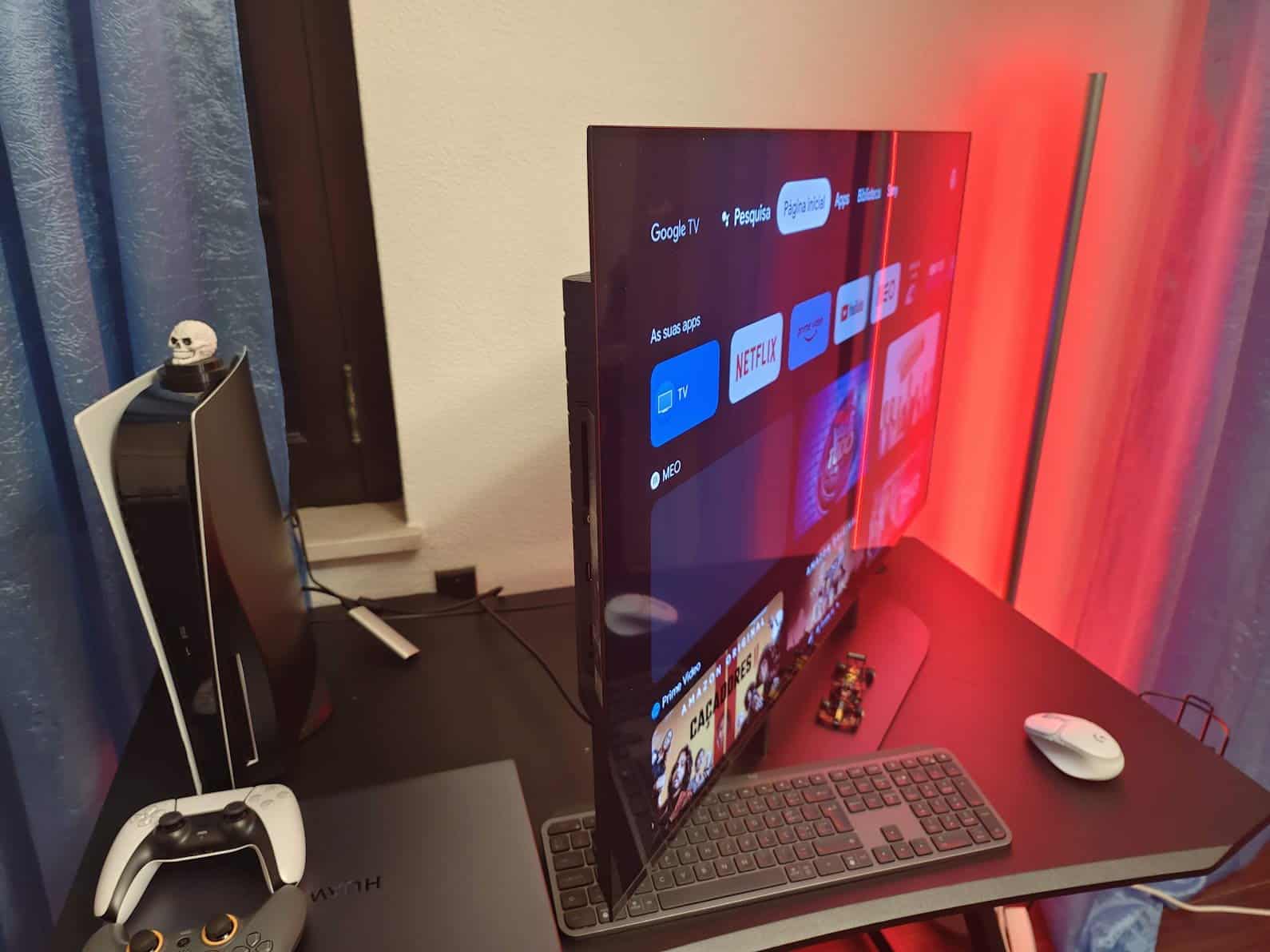 In this field, Sony never disappoints, with the TV appearing very compact, but at the same time, also appearing robust, something that is not always right in the OLED world, where the panel is made of a thin and fragile glass panel. .

It was the OLED TV that gave me the least worries to assemble and disassemble. In addition, it is also the TV that best stayed in my small bedroom setup, which serves both to play games and to watch the traditional Netflix at night. Why? It’s very simple! The TV is able to combine a robust, minimalist design with extremely thin edges across the entire panel.

Despite the fact that Sony is not known for being a cheap manufacturer, the truth is that this TV looks more expensive than what it really is.

On top of that, we also have PS5-exclusive features, which in turn mean incredible color fidelity, or more concretely, the colors that the development teams for each game wanted you to see. (Yes, one of the HDMI 2.1 inputs supports eARC!) 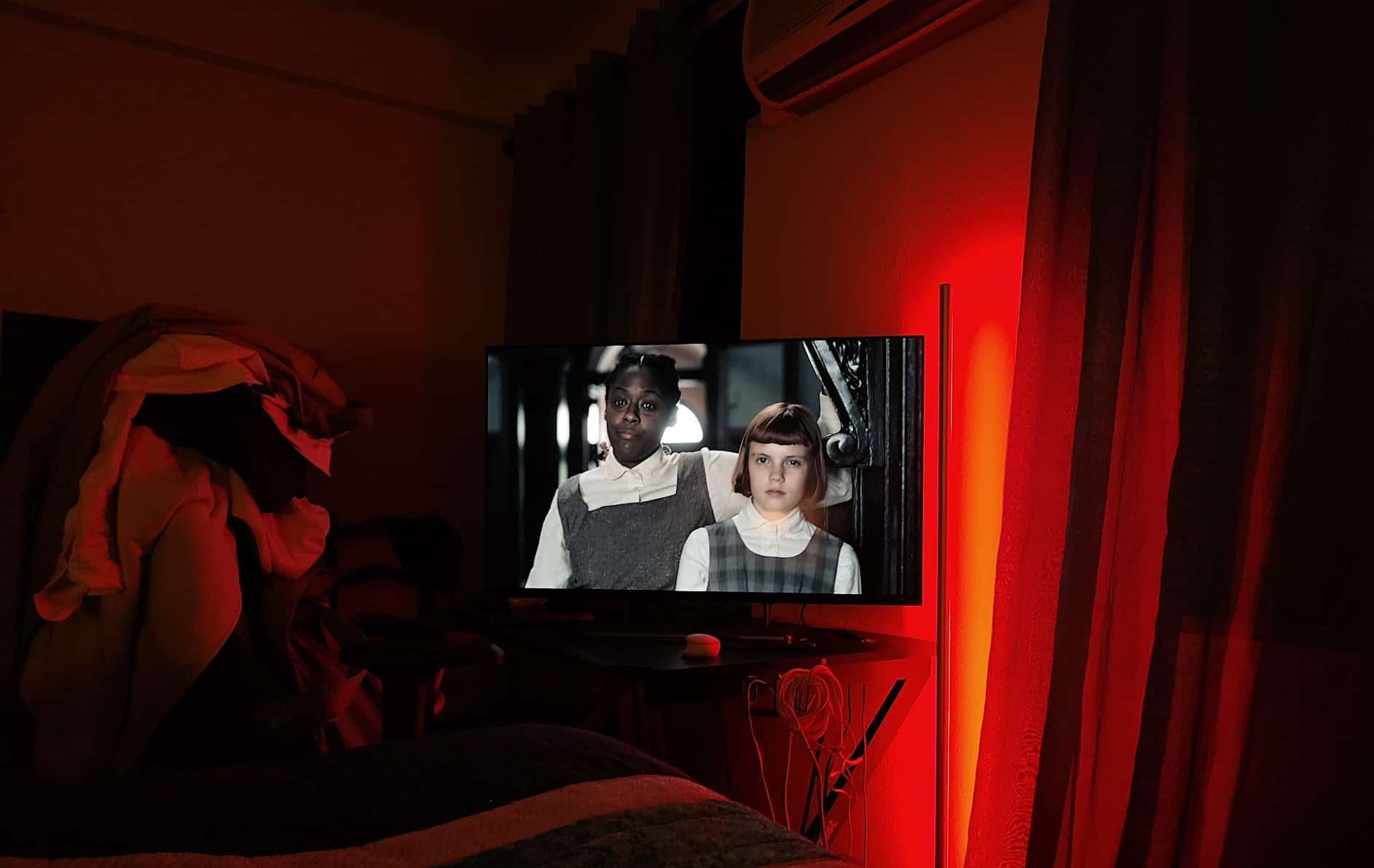 Like the vast majority of Sony TVs, we have here a device based on the Google TV OS, which of course also means full integration with the Google ecosystem. This also includes the presence of a microphone to talk to Google Assistant.

As for the performance itself, playing on this TV was one of the best experiences I’ve had with the Sony PlayStation 5 in my hands.

However, as a monitor, the experience was not so good, because truth be told, this TV is still much more TV than it is a monitor.

That is, with this TV connected to our PC, we can really enjoy an undeniable image quality, thanks to the quality of the OLED panel. But, in the field of Gaming functionalities, it is possible to be better served with a product designed for this type of use.

In short, as a TV for high quality multimedia content consumption, and for consoles, this A90K is quite impressive, thanks to Sony’s proprietary image processing, which at certain times even makes us think that we have an A95K ahead. Something incredible, because most of the time, it is possible to see an exaggeration of image processing, which makes the image vivid, but sometimes false. Sony is able to offer a vivid experience, but above all realistic.

Contrast is also superb, again thanks to the OLED panel. 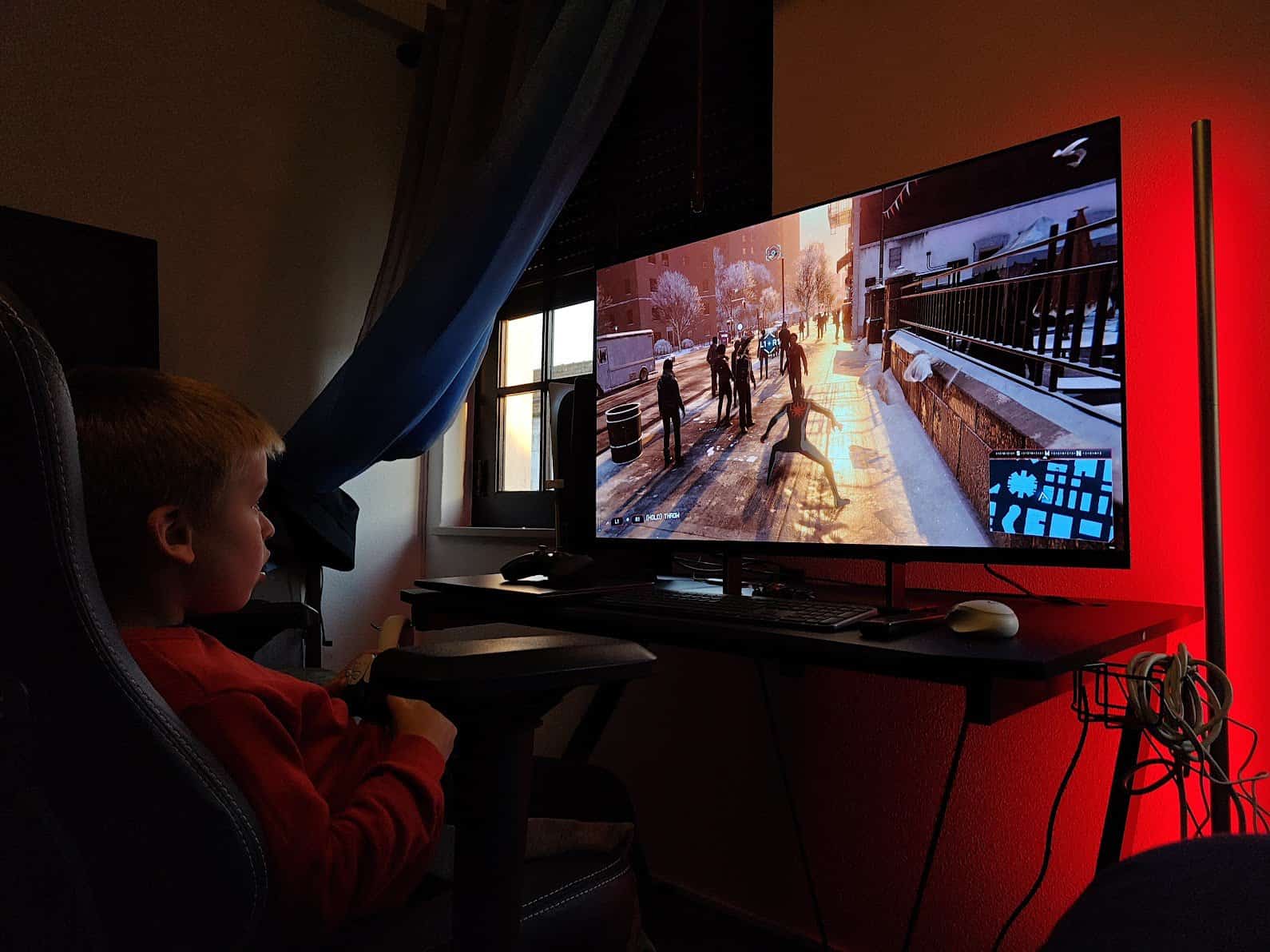 Another field where the TV impresses, thanks to the Acoustic Surface Audio+ technology, which makes the entire panel vibrate to generate high quality sound. Of course, none of this dispenses with the use of a good sound system, or headphones if you’re playing.

However, to watch a series or movie at night, it is perfect, with a quality that matches the price of the TV. 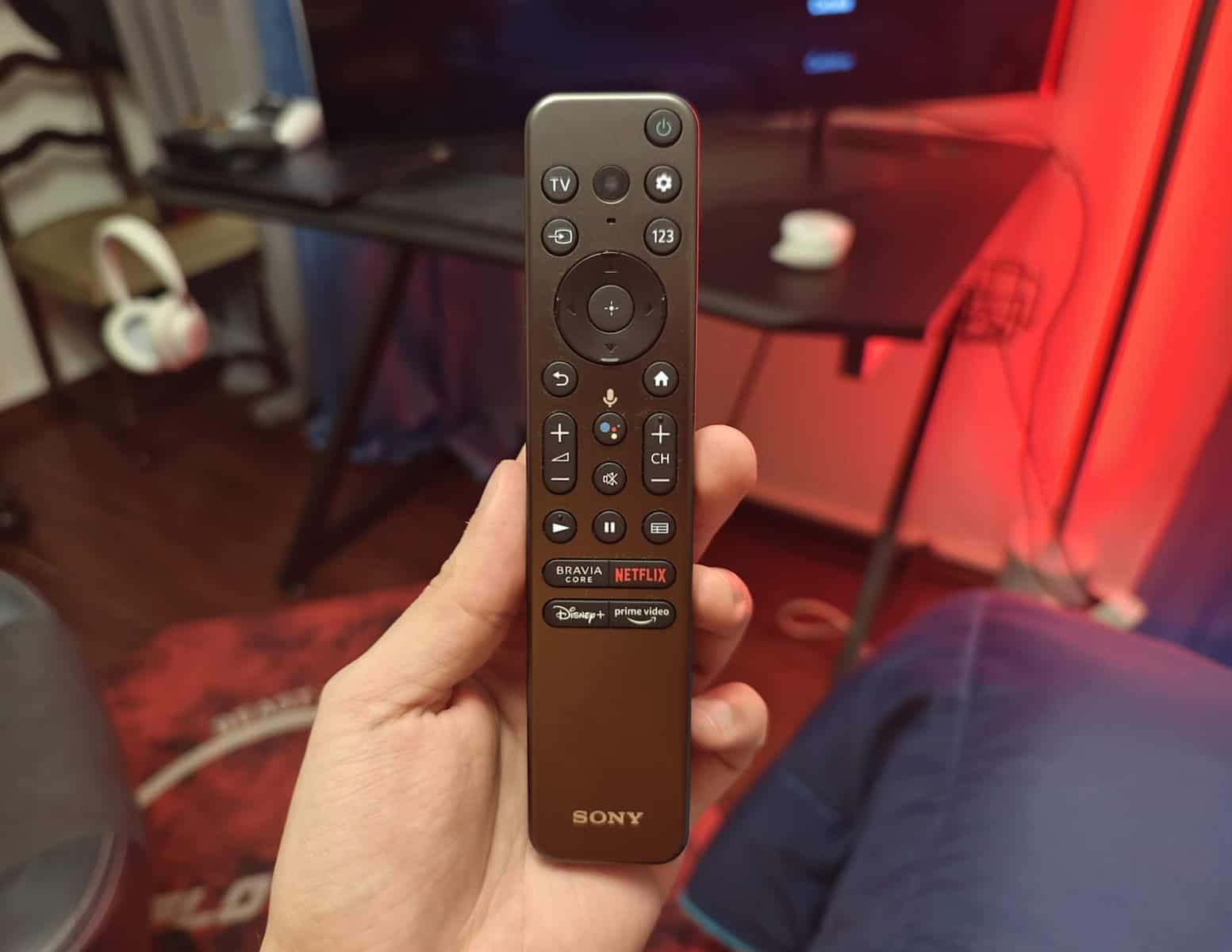 The Sony A90K OLED is incredible. It’s a TV that promises to be able to do everything, or almost everything, and in fact, it delivers on almost everything. For us, it is only behind rivals QD-OLED, which is normal, since this is already a range above, and more expensive. Sales: Free lowers the price of 4G and 5G packages and no one expected it

Sony is aiming for a system to reward or punish the behavior of online players, for a patent