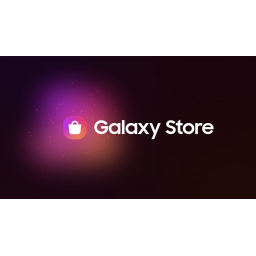 Two vulnerabilities have been discovered in Samsung’s Galaxy Store app for Android that allow local attackers to install arbitrary apps or direct potential victims to fake websites. The vulnerabilities, tracked as CVE-2023-21433 and CVE-2023-21434, were discovered by cybersecurity experts at NCC Group, who notified Samsung about it.

The first bug (tracked as CVE-2023-21433), which Samsung qualified as high-risk, allows other apps installed on the same Samsung device to automatically install any app available in the Galaxy App Store without the user’s knowledge.

As for the second vulnerability (CVE-2023-21434) that Samsung labeled as a moderate risk bug, NCC found that tapping on a malicious link in Google Chrome or a pre-installed rogue app on a Samsung device can bypass Samsung’s URL filter that restricts domains which can be accessed, and launch a webview on the domain specified by the attacker.

These vulnerabilities only affected Samsung devices running Android 12 and earlier. Samsung patched them in version 4.5.49.8 of the Galaxy App Store released on January 1, a few weeks after the NCC disclosed the vulnerability on December 3.

“Users should open the Galaxy App Store on their phone and if prompted, download and install the latest version,” it is the recommendation of NCC experts.

Patches come almost a year after they are cybercriminals from the group Lapsus$ announced that they hacked the network of Samsung Electronics and stole its source code. The company also recently disclosed that an unknown attacker accessed the personal information of an unknown number of users in the US in July 2022.

Empire of the Ants arrives in 2024: the ant universe shines in Unreal Engine 5